Grounded science fiction, where space faring humans in realistic environments encounter the strange and horrific is a setting ripe for engaging fiction. Over the years there have been many examples of what we’d refer to as sci-fi horror, and truth be told it’s the style we prefer at AusGamers. From titles like Dead Space through to Prey and others, there’s just something about the isolation that comes from being in space that resonates on a true primal level.

Moons of Madness, from developer Rock Pocket Games and publisher Funcom, is set in the not-too distant future in and around a human colony on the surface of Mars. You take on the role of engineer Shane Newehart amid some unforeseen issues and failing systems, and slowly discover that what is seen and heard may or may not be real. The Moons of the title refer to Mars’ own twin orbital objects made of rock – Phobos and Deimos.

It’s also a game that draws inspiration from the style of supernatural interdimensional dread made famous by author H.P. Lovecraft. And in typical Lovecraftian fashion it’s not all that long before you see your first strange and ominous tentacle and references to ancient god-like entities. In this regard the horror aspects of Moons of Madness lie squarely within the realm of forces outside of both human control and understanding.

“In typical Lovecraftian fashion it’s not all that long before you see your first strange and ominous tentacle and references to ancient god-like entities.”


As with anything of this nature, and in an experience where narrative drives all interaction and movement, to delve too deep into the specifics of the story would rob Moons of Madness of its surprises. But what is surprising is that not a lot of it is scary. Creepy, yes. And sometimes off-putting – but never quite rising to the level of terrifying.

The feeling of never really being in control of the underlying mystery coupled with simple fail-and-reload states diminish the tension. Having to check and refill your suit’s oxygen levels never becomes more than a chore due to the abundance of oxygen stations scattered about. And moments where you need to follow a linear path to escape and run from a tentacled thing that’s chasing you for a minute or so rarely extends beyond simple chase sequence. 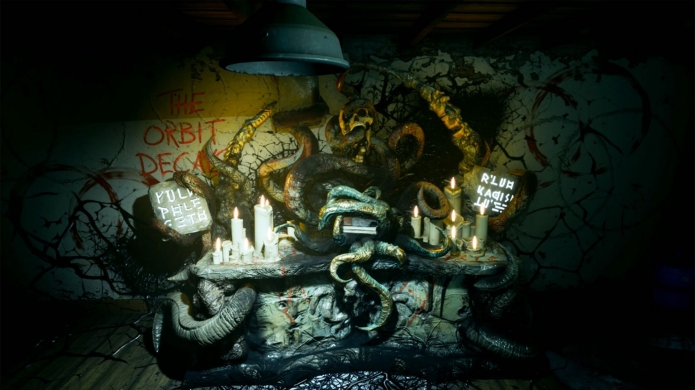 Thankfully though, and what was also an expected turn, there’s a shift at around the half-way mark of the five-hour or so story towards the psychological. Where we get to discover more about Shane’s past, his family’s backstory, and those of your fellow scientists and crew working for the mysterious Orochi corporation. It doesn’t all quite come together, there’s a weird tangent where suddenly you’re being stalked by evil robots, but there’s some grand ambition on display in the third act of the story. Stuff that’s only really hinted at in the early moments. A strong finish to an overall disappointing tale of the macabre, but a strong finish none the less.

In terms of structure and mechanics, Moons of Madness shares more in common with the adventure genre than it does action. This means a lot of walking around, discovering new bits of information, picking up a key item or two and then solving puzzles. Initially, the puzzles are organic in that you use your own PDA-like device on your suit to interface with systems and equipment and then perform simple tasks. Read an email to obtain a password or clue, simple but effective detective stuff. There’s a cleanliness to this sort of setup that is impressive. 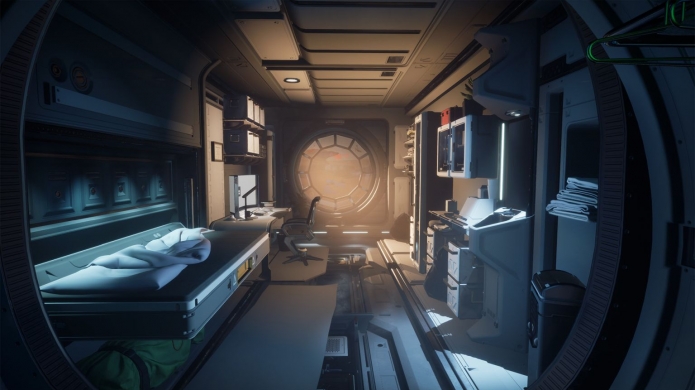 This evolves over time, but puzzles also begin to creep into obtuse Resident Evil territory when you’re simply matching strange shapes and symbols. The comparison to the adventure genre of old also extends to the game not clearly highlighting what objects you can or cannot interact with – resulting in a couple of instances where you might spend several minutes looking for “inventory items needed” by clicking on everything. It’s an act that adds to the feeling of an incomplete or unpolished release, reinforced by problematic performance issues.

“Moons of Madness shares more in common with the adventure genre than it does action. This means a lot of walking around, discovering new bits of information, picking up a key item or two and then solving puzzles.”


Moons of Madness has frame-rate issues on PC, where even playing on a more than capable NVIDIA GeForce RTX 2080 Ti it would tank for no good reason. Technical issues aside, Moons of Madness is an experience that we felt compelled to stick with until the end credits rolled – on the strength of the mood alone. Something it has in spades. And it nails the pacing, striking the right balance between moments of quiet, tension, and revelation.
Latest Comments
No comments currently exist. Be the first to comment!
Commenting has been locked for this item.
Follow Us
Latest Reviews
More...
News Feed
Advertisement
Latest Threads
Log In
Create Account | Lost your password?