Let me begin by saying that first-person shooters aren't really my forte. By no means does that mean that I'm horrible, as I've been taught by some of the best teachers available - Doom, Wolfenstein and more recently, Call of Duty. But compared to some of the players in the online community, I'm still very much a casual gamer. So this review will be from the perspective of the "average" gamer.

MAG has to be considered a very ambitious game, with the main drawcard being that it allows for up to 256 players to be on the one map, battling at the same time. Teams are divided into companies, which is then made up of four platoons. Platoons are divided up as four squads, with the squads being made up of up to eight players. Hope that all makes sense.

Set in the year 2025, a conflict known as the Shadow War rages on between three Private Military Contractors, otherwise known as PMC. The three factions are Raven, a group who are backed by defence industry giants, and rely on the high tech weapons and armour to fight their battles. The Valor is a group of veteran soldiers, who have served in the US, British and Mexican armed forces. And finally, the S.V.E.R. (short for Seryl Volk Executive Response), is more of a rag tag group that has a mix of veterans and civilians fighter. 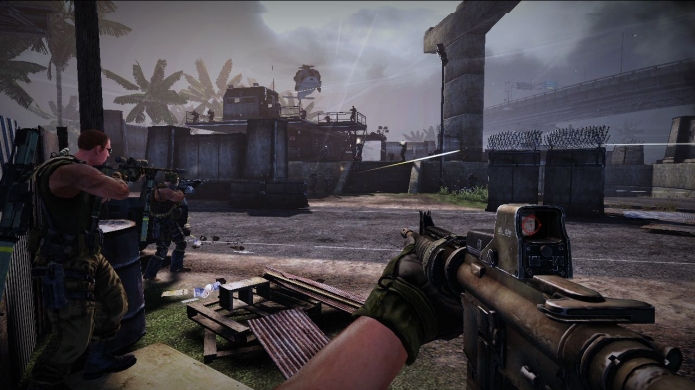 You begin by pledging your alliance to one of the aforementioned factions. If you're not sure which group is best suited to you, they each have recruitment style videos to help you choose. Choose wisely as you'll be stuck with the faction you align yourself with for awhile. The next step is to choose what your character will look and sound like. This is a simple process, as there isn't a huge array of options to choose from.

There are four different modes, as well as a tutorial mission. Each game will take some time to complete, so be prepared for a hard slog. The different modes include Suppression which is a fight between fellow faction members. Sabotage has players either attacking or defending three targets. Acquisition is similar to Sabotage, except it has up to 128 players and it's vehicles you're trying to acquire or defend. Domination is the game with 256 players, and requires players to secure and hold on to several targets to accomplish the mission.

For someone unfamiliar with online games, I found the ease of joining games a positive experience. You join a queue, and wait for the allocated slots on the teams to fill up. In a first come, first served format, the two teams that first get the required number of players go into battle. Due to the amount of players online, I found the wait time for games wasn't too long. 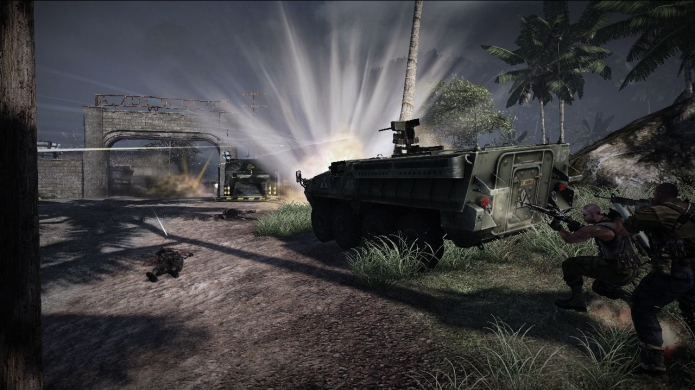 The RPG element of the game was surprisingly deep. Levelling up is done by earning points during missions, with each addition of a level earning a skill point. Skill points are then assigned to different skill sets, with the assignment of the points determining the type of soldier you become. Add the majority of acquired points to the Sniper skill set, and you're classified as a sniper. As points can be earned for reviving teammates or completing objectives during games, classes such as medics level up at a faster rate.

Once a player reaches level 15 the game offers them a chance to take on a leadership role within the team. This is a good reward for those who persevere with MAG. While the game encourages team play by offering players benefits for staying close to their leaders, the beauty of it is you can go off and do your own thing as well.

The casual gamers, not familiar with online shooters will find it difficult to level up. This is due to the fact that points will be hard to come by during games, as the more experienced players will take advantage of your lack of knowledge and skill. On the other hand, the hardcore shooter fan will find it a breeze to rocket up the rankings. 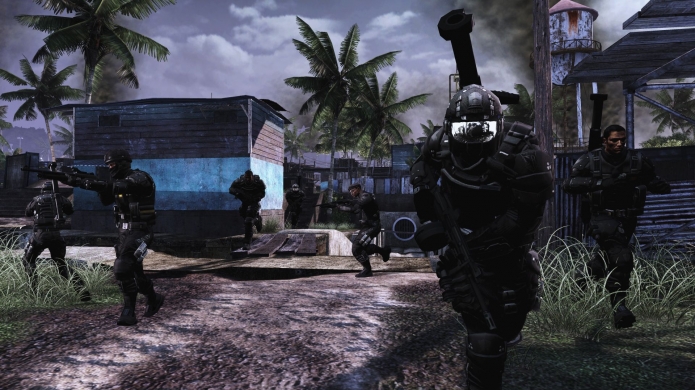 While the game is enjoyable, as a standalone FPS, MAG would have to be considered as average. I found the controls didn't feel smooth and lacked control, especially when throwing grenades. It was basically look in the direction and throw, there was no way to control the distance or pin point where it would land. Another annoying quirk was the difficulty in distinguishing enemies from allies, as the little coloured arrow that tells them apart would take time to appear. This was problematic, as that split second of waiting meant that I would be shot dead.

For someone who tends not to play online games, especially shooters, I found MAG to be an addictive and fun title. The ease of joining games and the RPG elements made me want to keep going back into action, so for those like me, who aren't as experienced, MAG is definitely a good starting point to get into online shooters - it's just definitely not the cream of the crop when compared to more experienced PC-based FPS games, and others doing the console rounds, too.