Little Nightmares II is wonderful, captivating, creepy, and unsettling in equal measure - tapping into childhood fear and horror in a way that feels both deeply personal and like a distant, unknown memory. On that front many of its, well, ‘moments’ are memorable -- stuff that might linger and stick with you for some time. If you’ve ever had a bad dream or series of nightmares as a kid, no doubt some of the imagery here will be as weirdly familiar as it is original and otherworldly.

Horror has a way of evoking an emotional response, something tied to one's own fears or in the case here -- memories of watching strange films, whatever it was Jim Henson decided would be fine for children to see in The Dark Crystal, and other oddities found on VHS tape as a kid. What sets Little Nightmares II apart from most horror games is not only the lack of gore, but the lack of the truly grotesque. Be it monstrous creatures, pulsating bits of flesh, or something Lovecraft cooked up between reading every known publication and old-timey journal that mentioned the word ‘squid’. 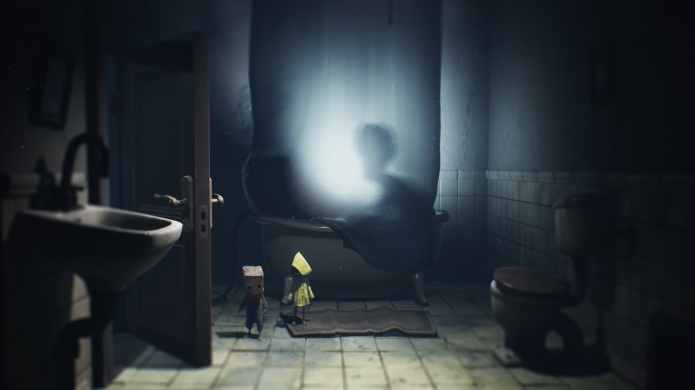 This is not to say that Little Nightmares II is devoid of creatures or entities that will make you go “well… fuck that” - case in point, the ‘school teacher’ - it’s just that like its title, there’s great care in presenting its nightmares via the viewpoint of its child protagonists Mono and Six. Being placed in a world akin to a setting kids might be whisked away to if they were transported to a nightmarish version of their own imagination -- by that interdimensional beast that lives underneath their floorbirds -- it’s, yeah, terrifying.


The childlike perspective also leads to real-world objects presented in an overtly large and imposing form, and with most locations given a tone best described as ‘devoid of colour or warmth’ there’s dread found in both the light and shadow. This extends to the adults, or whatever you’d call the stop-motion animated giant dolls of terror that tower over you. Menacing figures that could lead to that thing we call a ‘chase sequence’, but mostly they’re ever-present, lurking in the background, waiting to come into frame -- a fact bolstered by the excellent sound-design and sound-mix. And when they do show up, yeah, it’s something. 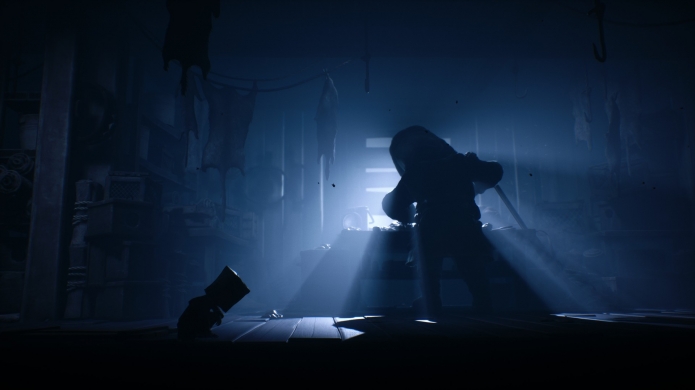 Little Nightmares II, visually speaking, is impressive. I’m tempted to use the word ‘beautiful’ but that feels out of step with a lot of the underlying themes presented. That said there are locations that definitely fall into that category, and moments too. The relationship between Mono and Six -- which develops almost exclusively through animation like holding hands or Six making shadow puppets whenever Mono’s torch shines upon her -- is touching in its simplicity and earnestness. The fact that the two of them need to survive and make their way through nightmarish locations only helps accelerate the bond between them.

Presented from that side-on side-scrolly perspective, working through Little Nightmares II -- mechanically speaking -- is about solving puzzles, working your way through environments, and occasionally picking up a blunt instrument to make short work of a porcelain ‘thing’. Simplicity drives most of the experience, that feeling of not wanting to be there, but there’s a story too and an overarching menace at play. 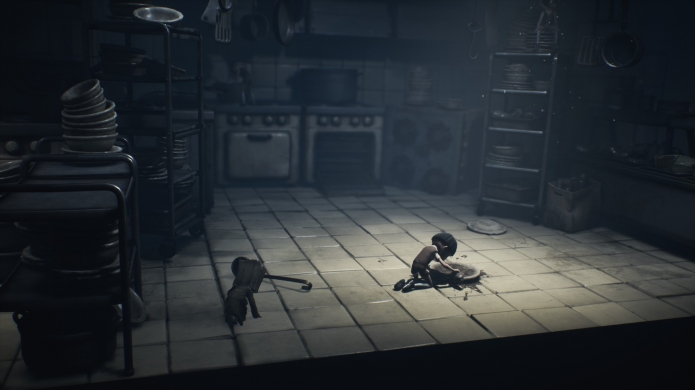 Something that both works in its favour and can be a detriment at times is the use of realistic physics in Little Nightmares II, which plays into the puzzle solving and challenges. Detrimental in the sense that solutions might be obscured or discounted if the physics or animation doesn’t quite go your way, and favourable because the animation and physics give everything a fluid and spontaneous feel. The rare bouts of ‘combat’ fall into this category too -- unpredictable enough to be tense each and every time but also frustrating in pace and execution.

The relationship between Mono and Six -- which develops almost exclusively through animation like holding hands or Six making shadow puppets whenever Mono’s torch shines upon her -- is touching in its simplicity and earnestness.


To talk about specifics, especially in a game as imaginative as Little Nightmares II, would rob the tale of its surprise and flow. As each new chapter introduces a new location to explore and escape -- the first chapter’s farm-like environment is easily the weakest and most straightforward -- the wordless tale of where and how and why begins to take shape. Each new chapter not only looks different in the change of scenery stakes, but each one presents new challenges, new mechanics, and other elements that make sense within the context of what’s happening. But much like the imagery you find, the shape is as mysterious as it is familiar.