One of the most interesting RPG releases in years, Kingdom Come: Deliverance offers a realistic look at life in the 15th century in the midst of Europe – the Kingdom of Bohemia or the modern-day Czech Republic. Wrapped up in a cinematic tale about revenge, rightful heirs to the throne, and scary foreigners, it takes place in a world without dragons or wizards or magic potions. Mainly because those things are fictional, no matter how much we want to believe the events of Dragonheart were based on a true story.

A time when commoners, like protagonist Henry the son of the local blacksmith, need to save up money to get access to a warm bath. Where a poor villager, like Henry, has no real experience holding a sword. Let alone swinging one with any degree of success. 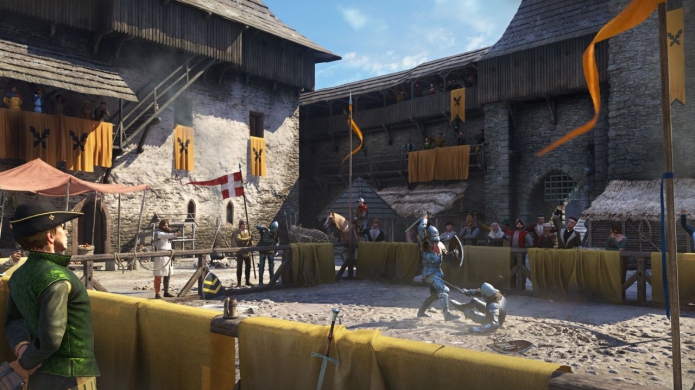 And it’s here where Kingdom Come: Deliverance will capture your attention or lose it entirely. The focus on realism is commendable, but also frustrating. And selective. As Henry you begin the game with little to no skill outside of being competent enough to drink an ale or two at the local pub. Stuff like hunger and fatigue are tracked so you’ll need to get some sleep in the evenings or late at night. And munch on some bread if you’re carrying any. Your weapons and equipment and even clothing will degrade over time. So, there’s that.

Food will also turn the longer you hold on to it.

On the flip side, when you do manage to get a horse it can be summoned anywhere at anytime and won’t get old, tired, or die from some weird horse disease.

Also, it’s open-world isn’t one full of loot and interactivity, which reinforces the harsh reality of the setting. 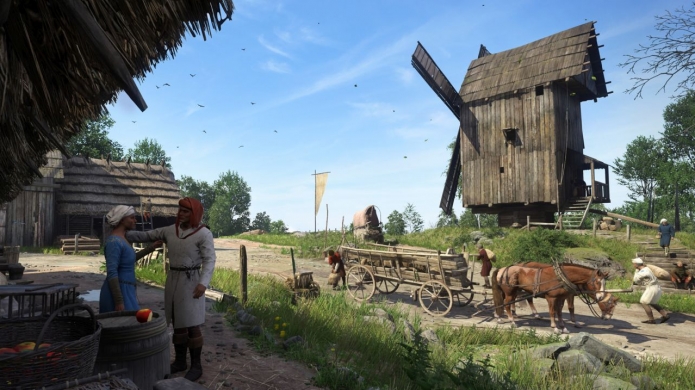 Visually impressive across both PC and Xbox One X, this is a mid-tier production by a relatively small team – Warhorse Studios. The sort of RPG we used to see a lot more of, where team sizes and budgets weren’t as high, and mechanics and ideas did most of the heavy lifting. In Kingdom Come: Deliverance the scope is smaller than say a fantasy-RPG along the lines of The Witcher 3 or Skyrim. This also means that the quirkiness is out in full, from the get go, separate to all the strange glitches and bugs that crop up at regular intervals.

It’s worth noting too that Kingdom Come it isn’t quite as open and free-form as early looks had us believing. Several hours of story need to be played through before the world opens proper, and from there due to the realistic bent of the mechanics exploration isn’t so much frowned upon as it is a gamble of the highest order. Especially when you can only save your progress by drinking an expensive limited-use drink. To call out Kingdom Come: Deliverance for its difficulty would be to simply highlight a few of the design choices.

You see Henry has no experience holding a sword. So, if you simply wander off with a sword and come across a bandit of notable skill, the odds that Henry would be able to land a single hit are astronomically low. So, any encounter of this sort in the early parts of the game pose a challenge that would make Dark Souls blush.

Lockpicking, too, is ridiculously hard. A great skill to learn sure, especially if you want to steal more than a carrot or potato. Or decide early on that Henry will live the double life of criminal and saviour. But as Henry is, well, a filthy commoner (in the literal dirt on skin sense of the term) even an easy lock would technically be almost impossible – historically speaking – to bypass. So, the lockpicking mini-game as depicted here is an insane test of ambidextrous skill and patience – especially on console.

So then, to progress with any degree of success you’re given little freedom other than to practise all essential skills. Spending days visiting the combat trainer to get better at sword fighting. Not only in terms of player-skill and being able to learn the ropes and defend from various angels and choose when and how to strike, but also to level-up and be deemed worthy enough by the game itself. The same goes for lockpicking, where only once you reach a certain level easy locks to pick become kind of doable. 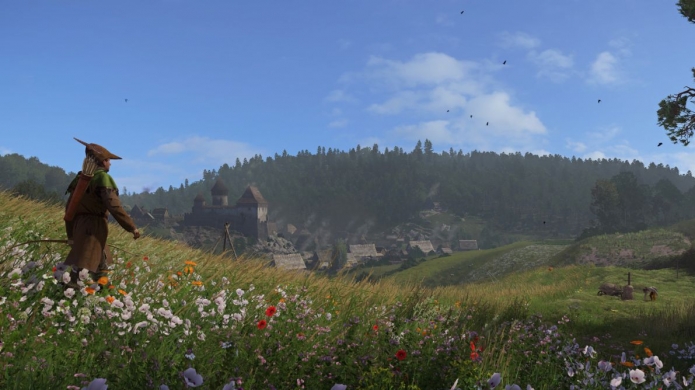 Skill progression is similar to that of the Elder Scrolls series, the more you do a thing the better you get. Perks also become available at regular intervals and are generally well-designed and almost always entertaining in their explanation and use.

For example, the Juggler perk has the description, “You've been exceptionally supple and agile since childhood. However, turning somersaults and falling on your head has left its mark. You have a +1 Agility bonus, but a -1 penalty on Speech and Charisma.”

However, not a lot is communicated outside of simple explanation. The open-ended design only points you in the general direction of a quest without explaining many of the underlying quirks you’ll need to know before venturing out. A double-edged sword that on one hand adds that great feeling of trying to figure out all this stuff by yourself. From being equipped for the job at hand to tracking a rogue group of bandits through a forest with only a general direction given. 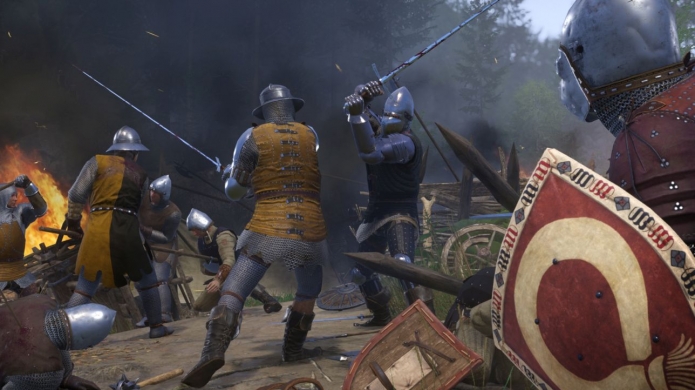 Quest design and objectives reflect this approach too, in a refreshing way. Early on accompanying a rich noble on a hunting expedition for a day means exactly that. An in-game day spent wandering around lush green locales trying to shoot rabbits with arrows.

With a bow that will sway wildly because, yeah, Henry’s an archery noob.

With an expansive story and memorable mechanics, it’s hard not to view Kingdom Come: Deliverance as one of the most interesting RPG releases in years. One where the difficulty is often a barrier to progress and some of the design choices become frustrating experiences in repetition or flat out giving up and moving on to another activity. Or reloading an earlier save to do more sword training.