Amidst all the first-person shooter comparisons that surround Guerrilla Games’ Killzone series, it turns out its biggest enemy might very well be itself. Killzone 3 is a worthy entrant in the series and takes it to new and uncharted territory, it’s just that in the wake of what’s made Killzone Sony’s flagship FPS series, not enough of an effort to maintain charter in these new waters becomes the game’s biggest let-down; it’s all just a little too safe.

There’s no denying Guerrilla have their finger on the visual pulse and sit alongside NaughtyDog in the realm of PS3 power tapping, but you can’t sustain a game on graphics alone, and while the Killzone formula has spawned fans aplenty, Killzone 3 does very little to rock the boat; there’s simply not enough variety in gameplay, and just when it looks like things might be shifting into parts unknown, the team pull you back into familiar light, blinding you with fluency.

You don’t need to know much here; Killzone 3 plays almost exactly as Killzone 2 with the addition of an extra heavy weapon slot, the chance to drive a mech suit and use jet-packs. Actually, the jet-packs make the game. The problem is it’s all so fleeting; you barely get a chance to come to grips with any of the new additions before they’re pulled away from you and you’re pushing through familiar Killzone alien ‘corridors’ again, wondering what it was you just did, and why it flashed by you so quickly.

From a story perspective, you pick up the mantle as Killzone on-foot narrator extraordinaire, Sevchenko, post Visari take-down. But the point of evil is it’s never quashed, and in Visari’s place we find two potential candidates as voiced by both Ray Winstone and Malcolm McDowell. The guys do a great job of portraying greedy evil, to a point they may have been skeksis in their past life, but it’s actually the foot-soldiers on the side of good who do a bang-up job in this Killzone entry, and adding to that some pretty believable animation/mo-cap, you almost have a cast of head-strong army characters you actually feel for. Not bad for a shooter, really.

As for the barely explored new sections of the game, these are clearly areas the team want to move toward, but might just be too shy to fully implement. For example, at one point in total antithesis of what the series is normally about, you take on a James Bond-esque role; killing Helghan fools in the stealthiest manner, while using the long grass as cover (what’s the definition of suspicion? James Bond doing push-ups in long grass... remember that one from school). The problem here is, it’s not anything we haven’t done before, but feels fresh and new in Killzone, but before you know it, you’re cover is blown and you’re out of the long grass and back into the familiar thick of it, figuratively speaking. 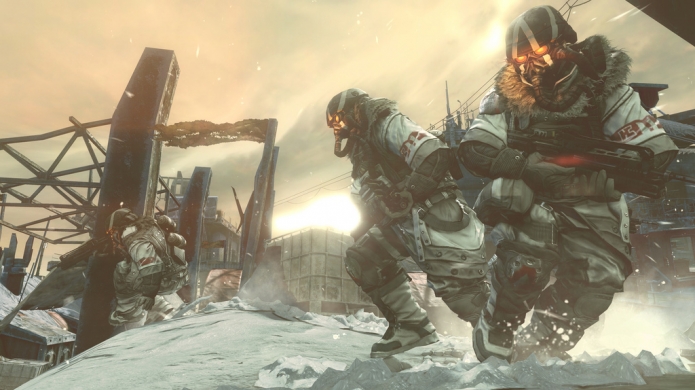 Another new addition to the fray, and a long screamed desire from fans, is co-op, but like so much this team does, it’s delivered in only the bare-bonesest form. Available in split-screen local only, co-op offers little more than a tangent to whatever else it was you were doing while you were drinking with a friend, as beyond the ability to play alongside a mate, you’re spending more time equally pushing through corridors, and less in the open areas such an inclusion deserves. It’s fun if you have someone close-by all the time to play with, but it’s definitely more of an after-thought; a greater emphasis on expanded gameplay with true tactical recourse for full co-op is what we need, but most definitely not what we got.

This obviously leaves us with multiplayer, which in the past has been a mainstay for those who’re die-hard Killzone fans, and an odd taste-test party for the rest. Not because it lacks, but like so much of what the single-player attempts to relay in its locational narrative, it’s somewhat alien in today’s ‘modern warfare’ shooter landscape (and by no means a bad thing as a result, fan-boys). Thankfully the team have let their respective hair down in this department; leaving the single-player, which is usually the bulk of this series, in proverbial dust when it comes to gameplay and replayability.

There are eight packaged maps out of the box, and these are among the best in the console FPS multiplayer biz; offering veritable arenas of play with all the windy, twisty paths you could hope for. There’s no specific map for sniping or run-and-gunning, they’re meticulously designed to cater for player styles; ostensibly offering up the first batch of sandbox maps, in terms of how you approach them.

Getting a game, however, is still dependent on your connection, and I didn’t find it consistent. This is still a problem with peer to peer connections though - an issue specifically tied to the console platform, though thankfully the team developing Homefront appear to be doing their best to rectify this; leading the charge with dedicated servers for the console platform, but I digress. 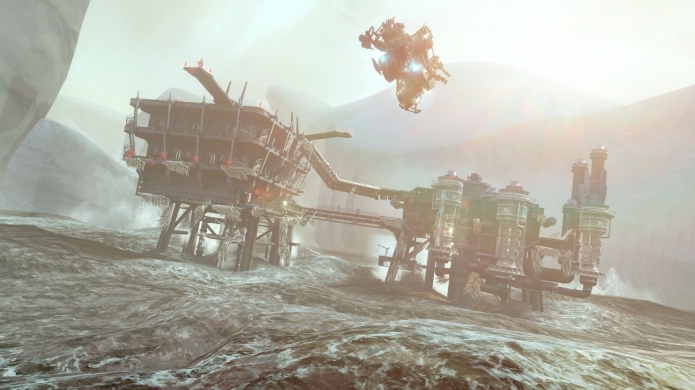 As far as moving your multiplayer avatar forward is concerned, you still earn XP and advance in level, only now you’re given Unlock Points to utilise with each level you attain, and getting to higher levels really isn’t a massive deal. It’s still nothing revolutionary, but at the very least it’s a slight change to the norm we’ve all become used to, and somehow fits the mold here more than I could imagine it working anywhere else.

On top of everything else the game supports 3D, and while that sounds cool (and looked cool when we saw it in action at last year’s E3), the truth is there won’t be too many out there capable of experiencing it - myself included; living on my lowly editor’s wage (jokes, AusGamers... jokes). It was an ambitious addition, but one that probably detracted a team from spending the time where it was most needed; level design, art and gameplay variation. Sure 3D is the big thing at the moment, and I’m a massive supporter of it, but this is a shooter with its roots grounded in driving the player across the surface of an alien planet fighting equally alien Nazis - I’m pretty sure 3D was the last of our desires for this baby. I said this in my Killzone 2 review, and I’ll resonate it here - more alien please, Guerrilla.