In the fictional Tokyo district of Kamurocho, where nightlife, restaurants, and entertainment converge, there’s a new criminal menace on the loose. A group of perverts that go by the name of the Twisted Trio. Evading police capture for who knows how long one of their victims approaches private detective Takayuki Yagami to solve the disappearance of some personal items. Her panties. Which, after an awkward interview with the young woman, Yagami confirms were lacey. Also, they’re being stolen via drone whilst hanging out to dry.

Without a physical description of ‘Professor Panty’, the pervert and member of the Twisted Trio’s criminal alias, Yagami has no choice but to buy a similar pair of panties and plant a tracker on them. In the hopes of creating his very own panty raid. This means a trip to a store and then leaving the panties on a rooftop clothing line. Needless to say, Professor Panty lives up to his reputation as a drone quickly swoops down and absconds with the red laced undergarment. 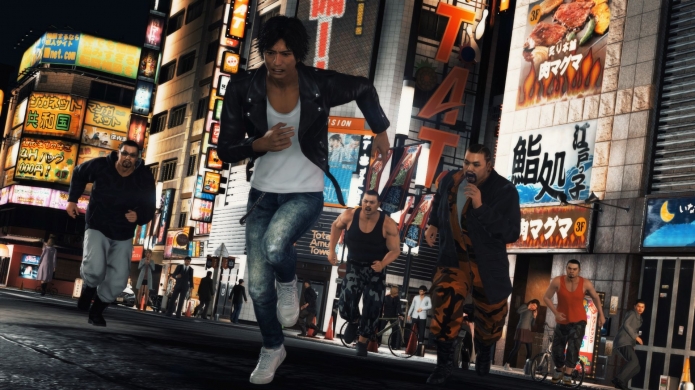 With a clean GPS signal Yagami tracks the location of the panties to discover the Professor already, well, sniffing them. After a verbal altercation the Professor is horrified to learn that the panties belong to Yagami and is visibly deflated. But, unwilling to hand himself over to police, the Professor pulls out a pair of panties from his jacket and then uses that as fuel to power up – glowing aura style – to fight Yagami.

"Needless to say, Professor Panty lives up to his reputation as a drone quickly swoops down and absconds with the red laced undergarment."


Judgment, a Yakuza series off-shoot from SEGA’s Ryu Ga Gotoku Studio, presents a gritty crime drama surrounding a mysterious series of murders involving low ranking members of Japanese crime families. The Yakuza. Left in alleys with eyes gouged out of their eye homes, the story begins with ex-lawyer turned private detective Yagami approached to free a Yakuza captain who was falsely arrested for the most recent murder. At least that’s the version he’s presenting.

From there, a dense and cinematic story plays out. One dealing with police corruption, Yakuza gangs, politics, justice, and cover-ups. Plus, a string of Side Cases to tackle ranging from spousal fidelity, to locating someone’s lucky jacket, to bringing perverts to justice. 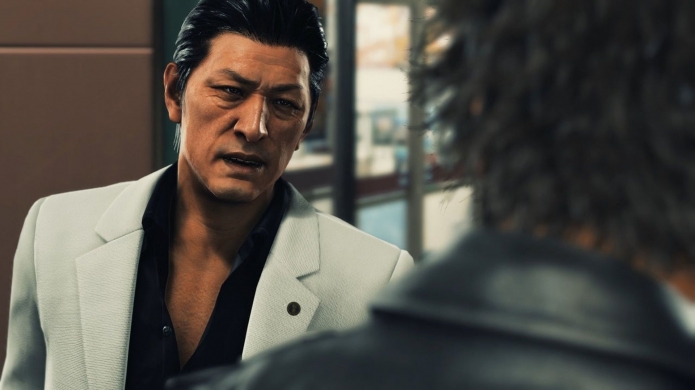 One Side Case involves stumbling onto a bomb with only seconds to detonate. There’s a kid standing near it, so you randomly cut a wire to stop the timer. Next thing you know the bomber calls, ala Dennis Hopper from Speed, giving Yagami five minutes to track and defuse two more bombs before innocent people die.

Although the bulk of the story is quite serious with great writing and character development, Judgment still looks and feels like a new entry in the Yakuza series. Which means being able to walk into an arcade to play fully emulated versions of SEGA arcade games like Virtua Fighter 5, visiting any number of restaurants or take-away joints to eat some food, dating multiple women at once and building lasting relationships with locals. Oh, and plenty of fast-paced combat with street thugs and gang members that is part Double Dragon part Street Fighter. 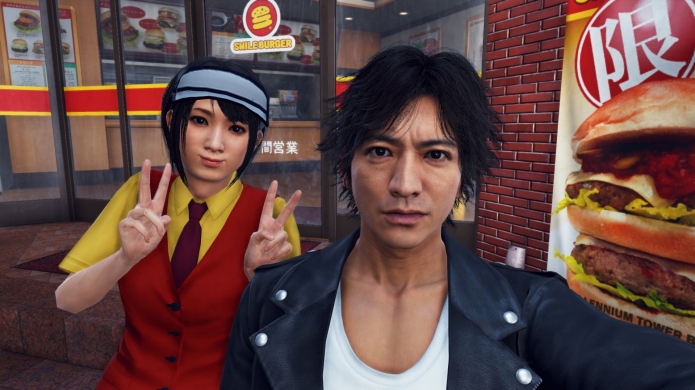 Tonally, Judgment is weird. Or, takes a little bit to get used to. Menu transitions feature sound effects that are ‘arcade’ in nature, the over-the-top physics means that a fight in a fully decked out office will result in desks, tables, chairs, and everything that isn’t a wall breaking apart and bouncing around before disappearing entirely. Same goes for stuff you physically run into whilst roaming the streets of Kamurocho. It’s a tone that is a little jarring when paired with the cinematic story being told, and the idea of taking on the role of detective in a criminal investigation.

"Although the bulk of the story is quite serious with great writing and character development, Judgment still looks and feels like a new entry in the Yakuza series."


Detective mechanics like going over evidence, using a camera or drone to locate objects of interest, and even tailing people whilst wearing a disguise, compliment this new direction for Ryu Ga Gotoku Studio. Albeit with the charm, or appeal, of the Yakuza series remaining intact.

It’s a structure that has remained mostly the same for several years too. Judgment, like many previous Yakuza entries, is a slow burn. The focus is placed on setting the scene and slowly introducing various characters and the grisly murders. There’s an innocence to how it approaches the idea of being a detective that is both endearing and a little boring. For every slice of info explaining the rule of law and what it means to solve a case or obtain a not guilty verdict the actual game part of the equation often falls flat. Tailing suspects or witnesses through streets and alleys grows old rather quickly as does finding objects of interest in a scene or scouring through evidence or even interrogating suspects. There’s very little in the way of nuance, with each 'detective' thing treated like a mini-game in a series of mini-games. 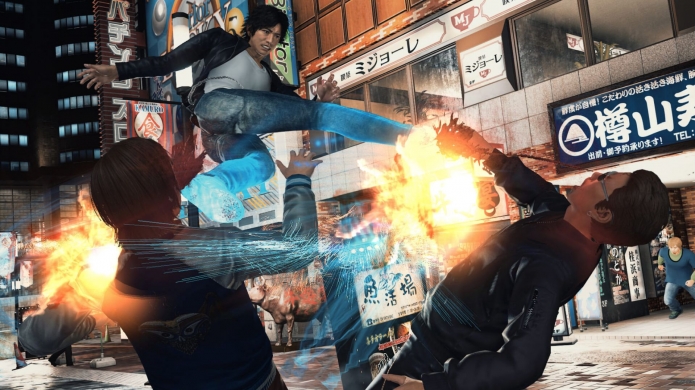 The slow burn also means that Side Cases, making friends, romance, and other various activities take several hours to appear – the first six to ten hours are essential ‘tutorial’ in Judgment. Split up by intermittent street fights forcing you to visit local eateries buy delicious sounding food to refill health. The flip side to this though is that by focusing on the story, beat-em up sequences, and other more interactive movie aspects, Judgment showcases its strengths and lets them develop over time. The acting, both in the original Japanese language option and the English dub, is great with wonderful character detail and animation. That said, there’s a big dip in these departments for the non-voiced Side Cases and general exploration.

Judgment has the aura of an epic crime drama – one that feels even more interesting due to its Japanese setting. The location of Kamurocho, although mostly static is a joy to explore, and Takayuki Yagami is a wonderful protagonist that is easy to get behind. Lengthy and full of twists and turns, even though Judgment offers up the most basic of detective sequences there’s still plenty to love about the world depicted. Twisted Trio included.
Latest Comments
Link