At the end of my Inside playthrough, I immediately had to reach out to someone. I knew our good friend Steve Wright at Stevivor was reviewing it and once he’d also finished it, we both landed on a single notion: “what did we just play?”. I know the game itself is getting rave reviews, and I expect a lot of that is because it is a stunningly-presented piece of work that borders on interactive art, and the games industry is in love with itself in that respect. It’s like we’re going through our very own arthouse renaissance, which is fine, but when it’s all done and dusted in Inside, like so many wanky arthouse movies, you’re left pondering what it was all for. 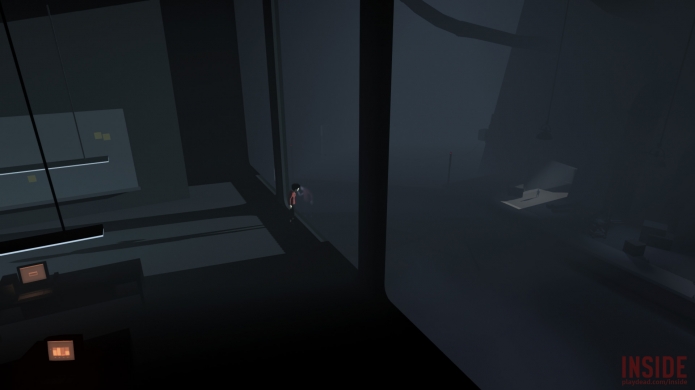 Now, that intro is not meant to derail the game as a whole. From the outset Inside is an intriguing and engaging little beast. It slowly and masterfully presents you with wonderful puzzles and progression, without a single word being uttered, or displayed on-screen. It takes cues from games as far back as Another World as well as the studio’s first opus, Limbo, and through all of this a sort of mystery forms. You’re playing as what appears to be a young boy escaping from… something. When he’s caught, or when you fail a puzzle or succumb to a dangerous part of the environment, he dies gruesomely. And through all of it, you just don’t know anything.

In fact part of its marketing boasts solving the ‘mystery’ of the game, but at its close you’ll be more confused than ever. It’s the part of the experience that makes me so unsure about any of it. It’s almost as if Playdead had a tech demo someone in the studio built in Unity and they tried to contextualise a game around it. You could easily argue that the whole thing is meant to be left up to interpretation, but I think that’s a bit of a copout because games, by design, are an interactive form of storytelling that should supply enough agency to the player to master their own fates. And in Inside, this couldn’t be further from the truth, once the credits roll.

Is it worth the price of admission then? Yes, if you enjoy deeply layered puzzles where you’re not prodded on how to proceed. I gained huge insight into my own videogame conditioning while playing it; plying my puzzle-solving trade as it has been taught to me over the many, many years I’ve been playing games. That idea of solving the mystery too, pushed me on. I only stumbled a handful of times, and often the solution was very obvious, but the way in which each mind-bending impediment is presented to you is in strokes of design genius. But at some point you get the feeling Playdead maybe didn’t know how to solve their own mystery and the game wraps up in a messy, unusual and unsatisfying way. 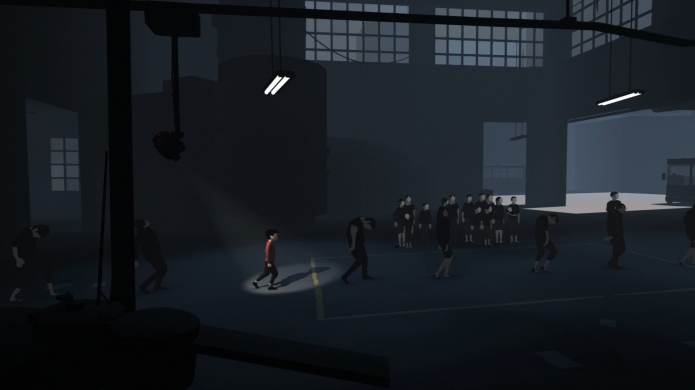 If you’re unsure what Inside is, it’s a side-scrolling platform puzzler. There’s no combat in the game, but you’re forced to play survivalist as you’re being hunted for some unknown reason. You only gain two abilities in the whole experience, and both are a little inextricably presented (especially the first considering the number of times you might fail beforehand, in the same way the ability is given to you). The second is the last part of the game, which is the part I’m still struggling to cope with, because there’s no closure in Inside, and it makes you ask what any of the puzzle-solving and surviving was for in the first place. But hey, maybe that was the point all along.

You’ll get roughly four hours out of the game, and there’re a couple of hidden things to find throughout for Achievement and Trophy hunters. But it’s hard to establish the thought of replayability -- each puzzle you pass is a hardwired solution, meaning the thought of going back and just finishing something you already know how to do is hollow in exercise. There’s not even any room for post-release content with that ending, but in the moment -- the first time you play through -- the puzzle stuff is exhilarating, so if that’s your bag there’s definite value in Inside.

How the game should have ended -- having been consumed by the Akira-inspired blob of bodies and rolled down the hill after such an epic escape from wherever it was you were, and given that your resting spot is right next to water, the boy should have emerged from the blob of bodies, triumphant. Naked and now capable of breathing underwater, he could have dived in and been met by a school of the terrifying little girls who transformed him to be able to breathe under water in the first place, and swam off into the sunset… and, scene game.