Confession time: I never really got into the Infamous series on PlayStation 3. When the original came out, it felt like a lesser version of the potential of the power palette on offer in Prototype (even though Prototype was, itself, a flawed affair). The electricity-only powers of Cole MacGrath didn’t really grab me, and it didn’t help that I kept hearing Christian Bale’s Bat-voice every time he spoke. I watched people play it, I had countless recommendations to give the series a second chance, but I never really got around to playing more than my initial few hours.

For fans of the series, Infamous: Second Son is a no-brainer purchase. For jaded folks like me, it’s a fantastic place to start. The events of the original games act as backstory that’s not requisite knowledge for entering the police state of Second Son. You jump into the trendy kicks of Delsin Rowe: a delinquent shitkicker who’s seemingly perpetually pissing off his cop brother Reggie. 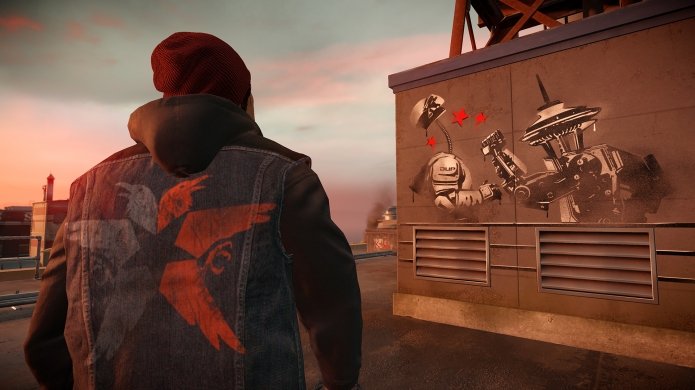 When a Department of Unified Protection (DUP) vehicle crashes near the Rowe boys’ homestead, though, and a handful of “conduits” (that’s the Infamous name for people with superpowers) escape, Delsin discovers he’s got a bit more to offer than leet street-art skills. Like Rogue of X-Men fame, if Delsin touches a conduit, he’s able to absorb and retain their core power.

Initially, this comes in the form of Smoke, but soon expands to Neon and two additional core powers that I won’t ruin for you by saying what they are. Suffice it to say, Smoke and Neon were my go-to choices during my play-through, and then there’s the unfortunate reality that you only get the final power for the last boss fight. Completing the main story does open up the world for exploration, but if you’re the type of player who does side missions and clears areas while main-questing, this will register as a disappointment.

There is incentive to play through a second time, what with the whole good conduit/bad Bio-terrorist thing going on in terms of the morality system; but, regardless of whether you’re good or evil the first time over, you have to start again from scratch to get the full benefit of the other polar-opposite play style (which means no final power for use on a new play-through). I chose to take the righteous path, which is a surprise in and of itself, as my usual gaming preference is to choose to play bad whenever possible. 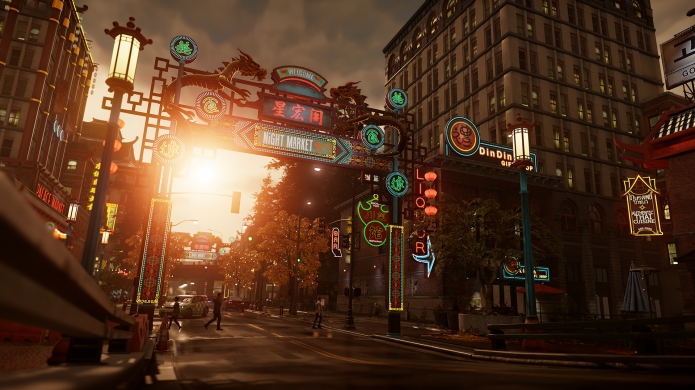 This is a credit to the game, as the way the decisions play out (particularly the first one) really made me want to do the right thing… except right towards the end after a specific event that made me want to be very, very bad. But, again, kudos to Sucker Punch. Where it falls short, though, is it rests on the antiquated notion of morality—black or white, that’s it—that shouldn’t be part of new-gen game design. There’s a poignant grey area in the divide between holy good and Hitler bad, and it’s a shame Sucker Punch literally colour-codes its moral decisions every step of the way.

It’s actually conceptually a bit tricker to play it good. Playing it bad means you can influence your overall karma rating by killing innocents and executing bad guys. Taking the higher road means you have to be careful with the kind of attacks you use in crowds (if you want to preserve your hero status), and you can’t just mash the square button to carve through enemies, either, as they tend to surrender or offer nonlethal incapacitation options when you’re kicking arse.

Even on normal difficulty, these combat scenarios prove to be quite tricky; particularly if, like me, you favour an aggressive play style. In many ways, the way the powers are structured encourages offensive tactics over defensive ones. While the final power does at least offer some defensive options, the three other powers afford the same sort of hit-and-run tactics with a few key exceptions.

Smoke is the all-rounder power, which offers a great balance between attacking, dodging and traversing the city. The Smoke melee attack is slower than Neon, though, while the latter power also has the added benefit of trippy effects, long-range sniping potential, fast city traversal (including wall-running, which is extremely reminiscent of the same ability in Prototype), and a light-sword weapon that’s dangerously close to having Lucasfilm on the line for copyright infringement. The third core power offers a stealth component, but I found its use minimal after being conditioned to play aggressively via Smoke and Neon. 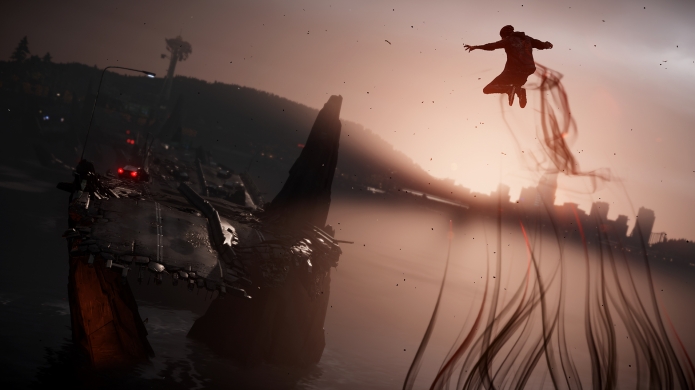 Neon was the standout power for me, even after collecting the third core one that favoured flying over wall-running (even though it has its own form of vertical traversal), but the main disappointment was I never felt like I earned my abilities. Once you’ve collected one of the powers, the next immediate mission is to track down special boxes that house your abilities: every time. This makes them feel more gifted than anything and, coupled with the ultimate gifting of the final core power (and its subsequent abilities during a boss fight), it reeks of a missed opportunity for rewarding players that explore the sci-fi Seattle cityscape, or even forcing players to choose certain abilities over others.

As it stands, locating shards that let you upgrade/unlock abilities is a straightforward affair, and they seem to be accessible all over the map. In this respect—and in the way it blatantly points out where you have to go in certain missions even if it’s told you to find out for yourself—Second Son holds your hand quite a bit. There’s also the unfortunate addition of a whole lot of start-stop gameplay, particularly in the first hour.

If you’re sticking to the main quest, you’ll notice an abundance of cutscenes, which does tarnish the fun somewhat but, thankfully, allows you to marvel at how gorgeous the game is and how much Troy Baker (Delsin’s voice actor) continues to show that he has the vocal chops to carry a game and emotionally connect you with his characters. Delsin is no exception to the Baker trend, and he’s a much more likeable character than Cole MacGrath.

In fact, it’s his childlike wonder, cheeky smile and Spider-Man-esque wisecracks that go a long way to keeping the entertainment factor high. Couple this with the great balance between believable tension and camaraderie between Delsin and his brother, and the story side of Second Son is definitely one of the better parts of the game; especially when you take into account the comic-stylised flashback sequences that happen any time Delsin comes in contact with a new conduit. 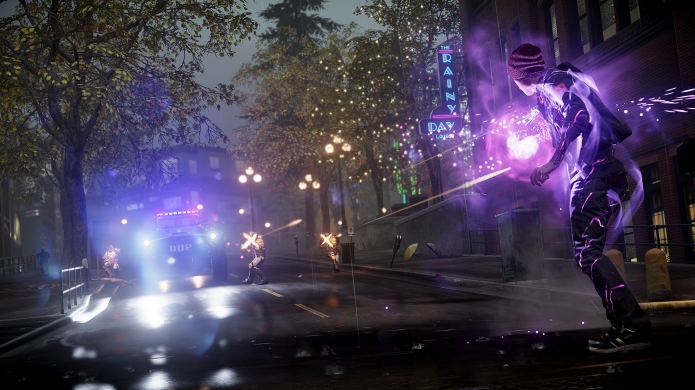 Better still, the narrative has a fantastic driving force that makes you want to stick to the main quest; even if there’s never a clock ticking, it sure feels as though you’re racing against time to get to that final boss fight. Combat is likewise a tonne of fun, made all the more enjoyable by a fantastic soundtrack, but it’s a real shame you can’t switch between powers at the press of a button.

To switch powers, you have to drain energy from an applicable Smoke/Neon/et al source (which are readily available throughout the Seattle). This means you have to leave a fight to come back with a different power set, instead of taking advantage of, say, the speedy, long-range benefits of Neon before busting in and switching over to the all-round performance of Smoke in a seamless transition.

I’ve laboured the negatives in this review because the bulk of my time was spent engaged and entertained with Infamous: Second Son. It took me around 10 hours to knock over the main quest on a mostly undistracted play-through (with quite a few deaths), and I fully intend on sinking more hours into the beautifully rendered semi-futuristic world of Seattle. Despite the neat ending afforded by the epilogue, here’s to hoping Sucker Punch will give Delsin a sequel that addresses some of the detractors of Second Son and builds on the awesome foundation it’s laid down for the future of the series.
Latest Comments
Link