Within the first few missions of Gay Tony, I realised it was beginning to become a bit of a stretch to keep me overly interested in Liberty City. The Lost and Damned did an awesome job mixing it up and offering a completely different experience to the initial 'fish-out-of-water' tale of Niko Belic. And I'd been very interested in Gay Tony, but the reality is, unlike the two mentioned previously, this just didn't immediately grab me once I picked up the controller. Sure I was dancing in a club and got laid within the first five minutes of gameplay, but the following mission saw me driving friends home. Not really gripping in the grand scheme of things. But thankfully I have patience, and it's patience you'll need to ultimately see yourself to the best this last chapter of the tale of Liberty City has to offer.

The problem here is that you're kind of run through the 'GTA motions' at the start of the game, which I understand being in place given many people will probably be picking this up and enjoying Liberty City for the first time as GTA Episodes From Liberty City, but as a veteran, I just didn't want my hand held. Equally though, I also didn't want to just jump in a car and start driving around aimlessly, and in the initial few missions, I just didn't feel overly compelled to keep grinding to the good stuff.

The thing is though, the "good stuff" here is the best stuff there is. About half an hour in (or second mission if you choose it early enough) you'll understand that the game's title also reflects the overall over-the-top nature of things at hand (not to rag on the Gay community, but I live in Newtown, I've seen said 'over-the-top' nature). Basically one of the first crazy missions you're offered sees The Ballad of Gay Tony's protagonist, Luis Lopez, stealing a military chopper from a yacht. He then learns the owners of the yacht (and unlawful proprietors of the military chopper) are pretty bad dudes, and so has no qualms about using the weapons' superior fire-power to sink their boat and teach these assholes a lesson. 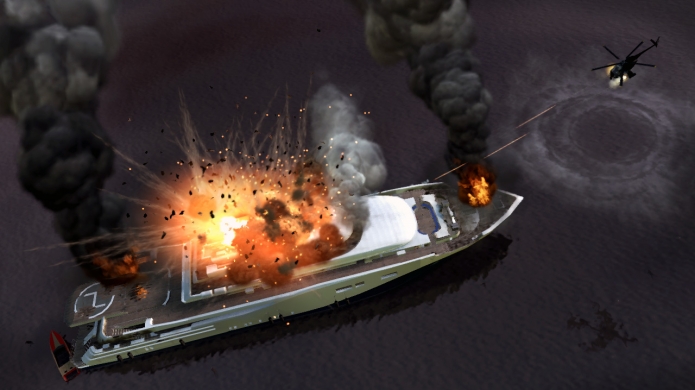 From this point on (and specifically with this mission's key character, Yusuf), The Ballad of Gay Tony presents itself as a ballad of awesomeness. It's the series' swansong, so to speak, and any fans of the original, more arcade spin on the franchise will eat this up for breakfast, lunch and tea.

But beyond the great new gameplay, is this chapter's story and its far more compelling character list. Every person I've interacted with in TBoGT has stood out miles ahead of anyone else in either Niko Belic's tale, or The Lost and Damned, and this is because they suit the narrative's eccentric nature, but are also just much more believable. It's enjoyable to hear them talk and watch them move, and the scripting and line delivery here are the best GTA 4 has seen yet.

It's easy to see why this is the case though. This chapter's hero is basically an amalgam of Niko and Johnny (as well as many of those games' support characters), but with a greater sense of morality and loyalty. This is a tragic love story between a thankful (straight) friend and protégé, and his Gay mentor; a broken down man living in a dream of yesteryear when the world (or Liberty City) was his oyster and everyone wanted to know his name. Now, beaten down by the ever-changing world, Gay Tony has relapsed a bad drug addiction and his grip on business and social elements of reality are slipping. Luis then, in his excellently portrayed loyal demeanour means only to revive his friend's embrace for life and success, and will do what it takes to get the two of them there. 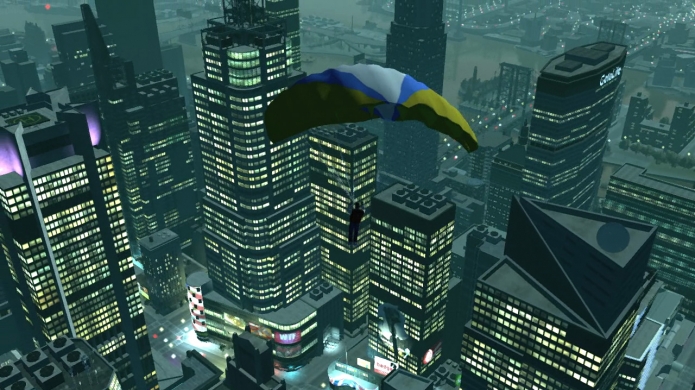 Fortunately for TBoGT, Luis is just as much a vessel for personal conflict as the broken characters who surround him. He's ostracised by his brother, belittled by his mother and mocked by old neighbourhood friends. His intentions are always of the highest calibre, and even when his actions are questionable, the character's own sense of right and wrong is more than adequately displayed in-game. This is by far the best on GTA offer in terms of story, character development and narrative progression, and so the chapter's insane mission nature - at one point its main draw prior to actually sinking my teeth in - has manifested itself more as a bonus alongside the incredible opus awaiting your unravelling.

There are gameplay and structural differences between this last entrant and the other two games though. For one, missions now come with a 'par' checklist. Completing certain mission requirements will reward you with a percentage out of 100 for ultimate completion (and as you've probably guessed, there is an Achievement attached to utilising this properly). Mid-mission markers are back, so there's no annoying full mission replays upon failure of any attempt, which is very welcome. New in-game gameplay mission breaks open up for you as well, including a series of base-jumping challenges, the driving range, races, underground boxing, new people not ultimately related to the game's story you can go and help/deal with, and club management, among others. Within club management, specifically, you can partake in dancing mini-games (of which a successful dance will get you immediately laid in the club bathrooms), drink shots at the bar, or even dabble in a champagne sculling competition. I was a little disappointed after downing a few shots and winning the sculling competition, I couldn't 'attempt' to dance in my inebriated state (which would have been hilarious), but it's a small qualm.

It could just be my adoration for TBoGT, but I also think the game has a slightly better look to it. The presentation is excellent, with its rainbow-coloured menu system and the like, but there's a sheen here that may be in place to reflect the game's 'glamorous lifestyle' foundation, and it looks great - the best, even. And that's the ultimate point about the final story in the huge arc that is GTA 4 and "Episodes From Liberty City". In fact, you might as well look at Niko's story as a single episode set within the fully realised Episodes From Liberty City, but I'd actually still pay full-price for Luis Lopez's adventure because it is utterly its own game that just so happens to brilliantly tie in the other two experiences with subtle and paced progression, and so having The Lost and Damned packaged alongside (a game we scored 9/10) is just the icing on the cake. Of course, you can buy The Ballad of Gay Tony from the Xbox Live Marketplace as a single game for 1600 MS Points, but when you can grab both games as a single retail disk (saving room on your HDD) for the price of one, it's kind of hard to pass up. 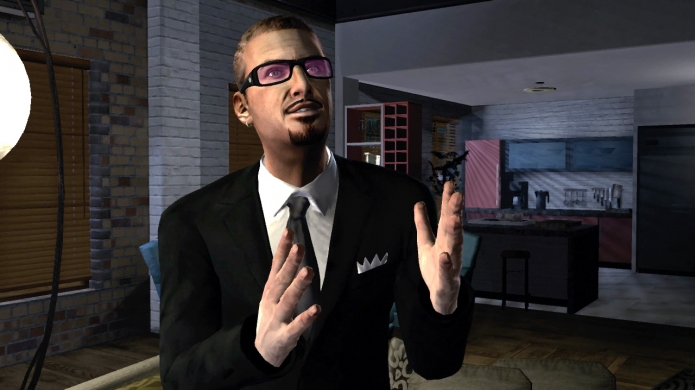 The Ballad of Gay Tony is by far the best GTA 4 experience yet, and as a single package with The Lost and Damned sitting alongside it, it's a no-brainer for extended gameplay sessions. But putting the Biker story, and Niko's own tale, TBoGT simply has better missions, a more compelling story, loveable characters (some you'll love to hate, actually) and an even more enjoyable game-world to play with. This is the best instalment, and can completely exist, and be played, without having ever played the other two, though I highly recommend eating up the brilliantly crafted dovetail that sees all three of these games crossing over with each other. Otherwise, strap on your parachute and get ready for an awesome ride with The Ballad of Gay Tony - the perfect outro to a stellar story.