That might sound like a fairly broad generalisation, but in gaming it also rang true. Casual observers of the world of the clunker likely never saw enough reason to fork over $100-odd dollarydoos for a dedicated car game. And the more simulation it was, the less a non-car person cared.

So what if you can tinker with your callipers? I’ve got bosses to beat and loot to collect, jock.

But as driving permeated the sandbox and open-world titles we found new gaming freedoms in, and when players were rewarded for spectacular crashes, with both points and ground-breaking physics-powered representations of gamified bingles, suddenly the non-car types cared, and the joy-sticked jalopy garnered new fans. 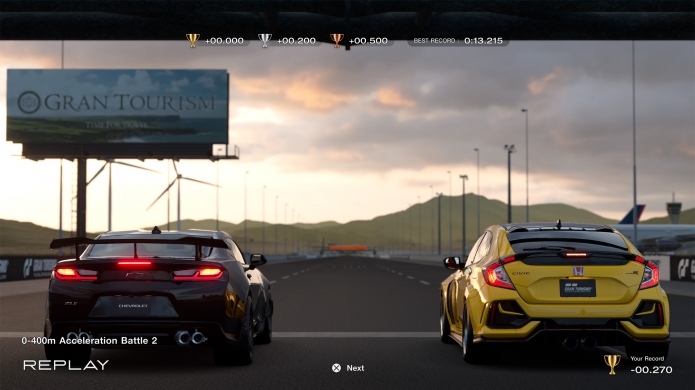 It was about this time, too, that those dedicated car games decided to ‘open her up a bit’, to drive into more beater vernacular, expanding what it meant to represent car culture in gaming. After all, videogames serve to fulfil fantasy, right? So why not let players jump between stage rallies and supercars; between the garage and the showroom?

"Those blurred lines mentioned earlier, in your high-end, Triple-A titles they’re not blurred at all, instead they’re developer-sharpened...”


The more expansive these options became, the more blurred the lines presented, opening up general punter interest in driving in games tenfold, until suddenly we’re playing games with guns and swords and missions, featuring collectible cars. Hell, even the upcoming Kirby game is car-oriented, and he’s just a pink blob that eats everything.

Of course, as access to car culture in games has opened up, dedicated car games have also become more refined. Those blurred lines mentioned earlier, in your high-end, Triple-A titles they’re not blurred at all, instead they’re developer-sharpened and laser-focused. Delineated, yes; serving to purpose the casual and dedicated in disparate measure, but focus on the finer things here is key, and if you miss a trick, the hardcore car people out there will let you know about it.

This year the Gran Turismo series celebrates a quarter of a century of serving up those finer things in expanded ways (and always on console, no less). It’s a landmark milestone, with actual delivery of the game almost *just as* important given how often any given Gran Turismo has decided to show up fashionably late. And so it’s fitting that in its 25th birthday year Polyphony Digital made GT 7 all about GT. It might sound like a weird statement, but you’ll have to bear with me here because Gran Turismo 7 is as self-serving as the GT Cafe, and we wouldn’t have it any other way.

"Its purpose, beyond selling the rather snobby nature of high-end car culture the GT series has been toiling these past number of years, is to serve up menu after menu of factoid delights...”


And so of notable newness is the construction of the aforementioned GT Cafe, a hoity-toity establishment that sits smack bang in the middle of the game’s location map. Its purpose, beyond selling the rather snobby nature of high-end car culture the GT series has been toiling these past number of years, is to serve up menu after menu of factoid delights, historical highlights, cheeky challenges and a dessert cart full of what it all means to the franchise on the whole. As well as a basic Campaign, to boot.

In fact, in playing through the game’s various modes and in navigating its delivery of all facets of itself through this setup, GT7 quickly reveals itself to be host, entertainer and audience all in one.

And there’s nothing wrong with this. You also shouldn’t take any of that to mean the game is up itself, rather it’s a celebration of itself. With the idea being that GT7 can be a new gateway into its lauded car culture for a newer generation in much the same way the original did back in the 1990s. And the game offers varying degrees of accessibility on this front. It’s in many ways the most daunting entry in the series yet, while also being the single most inviting. There’s just so much throwback that’s been embedded into the new; you can choose the D-Pad buttons as your preferred steering input, just like the GT’s of old.

"Here, players enrol in a driving school of sorts and compete in a number of challenges to earn awards...”


It’s probably best to position your foray into GT7 as a journey over an experience. There are numerous modes and races of course, alongside tuning options, time-trials and even the classic licensing system makes an unexpected return as a full-blown activity. Here, players enrol in a driving school of sorts and compete in a number of challenges to earn awards. The goal of course is to unlock as many of the over 400 cars on offer as you can, many of which come via successfully completing the tasks our friendly GT Cafe owner challenges you to.

The game also features its tried and tested economy where monetary rewards are used to reinvest in cars or car upgrades. New car too expenny? Never mind, there’s a second-hand one over there, grab that and wait your turn for the shiny stuff. That’ll come with time.

You can navigate the location (or world) map to your heart’s content once you’ve unlocked any of the myriad features found across it, but at the heart of the whole affair is the actual racing and driving of vehicles. As mentioned, there’s over 400 cars on offer, which seems ludicrous, really. I mean I’m no Jay Leno or Jerry Seinfeld, but this level of depth and delivery is testament to Polyphony Digital’s commitment to the automobile and the car culture it lives and breathes.

Further to that is what the studio has done with the power of the PS5, and while this might seem like the right spot to drop in the game’s player option for either ray-traced 30fps visuals or the more solid and definitely more rewarding 60-fps, it’s actually where I intend to chat about GT7’s haptic controls and feedback. Eyes still on the road of course.

"This isn’t a rumble feature, it’s a gameplay system that sits comfortably alongside the three (tweakable) driver assist options...”


You see I say ‘controls’ because the haptic feedback on offer via the PS5’s DualSense informs the driver of soooo many aspects of what’s happening while you’re behind the wheel. This isn’t a rumble feature, it’s a gameplay system that sits comfortably alongside the three (tweakable) driver assist options in terms of helping you navigate the sheer scale of content and differential (heh) on offer. You’ll feel the trigger tighten as you grip around corners, or loosen up when that grip gets away from you.

When you ride a track edge, you’ll feel it, and the feel of that is entirely different to when you trade paint with another car. And the difference between a dry and wet track with haptic feedback is a thing of absolute beauty.

So far, GT7 is an absolute poster-child for what the DualSense can offer gaming, and while it is absolutely complete and near-perfect here, a part of me can’t help but think we’re only scratching the surface of what this tech can offer.

"Sony and Polyphony is positioning this as a title that will live in the weeds for some time, with numerous share features...”


In the end, to Nav-Call every aspect of GT7 to you would take weeks, if not months. On the simulation side alone there’s a veritable science-paper covering all of the real-world physics and maths being recreated with incredible levels of detail. Sony and Polyphony is positioning this as a title that will live in the weeds for some time, with numerous share features around its Showcase option -- a community toolset to bring players together over saved replays, sweet photos and more, as well as multiplayer and an expected post-release delivery of new content.

To get absolutely everything out of GT7 you’ll need a persistent Internet connection, which might frustrate some, but really in this day and age it’s not that big a deal. Oh, and while I’m here it is worth mentioning the obvious -- GT7 is a stunning, stunning game. In fact, it’s as polished as the series has ever looked at the visual peak of each respective generation, and we’re only at the beginning of this one. The lighting and how that works in a dynamic day and night system with various weather events that also play into the simulation and sciencey stuff mentioned above is almost absurd, but that’s always been this series’ bag.

And that’s what GT7 reminds you of throughout your journey -- that this series has always held car and automobile culture as its anchor point, and in return has become a part of that culture itself. To some, there may be aspects of GT7 that feel static or sterile, but Polyphony Digital isn’t the fun uncle, it’s always been the serious one. And in Gran Turismo 7, what we get is a serious dose of incredible, be it from an historical and culture perspective, or in learning how to just drive.


Setup: This review was written from a supplied copy of the game on PlayStation 5 utilising a Samsung 75" 8K QN900 Neo panel and Samsung HW Q800T 3.1 Soundbar as the review experience setup.