At first glance the human clones that made up the crew of the Genesis starship’s maiden voyage out into the unknown, in search of a new planetary body to call home, looked genuinely creepy. Like prototypes born in a tank, devoid of any real character and not quite ready for prime time. A string of mannequins that were subsequently given names and tasks to carry out like looking after plants in a giant domed greenhouse or scanning nearby planets and systems for precious resources.

This is your captain speaking, we need more Space Gold. Like, a lot of it.

The decision to make the humans look like pale plastic dolls, however, is but one of the many clear design decisions by developer Radiation Blue that give Genesis Alpha One a feel that is one-part grand sci-fi exploration and one-part fast-paced space shooty horror. A game that if broken down into its various bits and pieces, conjures up imagery of well-worn mechanics, or even specific titles - in an intoxicating blend that feels familiar yet wholly original. 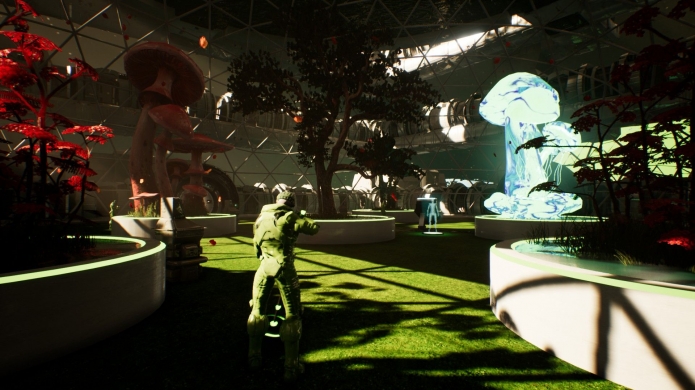 Engrossing space exploration with the speed of Quake and the sci-fi horror vibe of Alien. Like walking into an arcade in the ‘90s and finding out SEGA made a fun, accessible, and replayable version of No Man’s Sky. With space bugs.

The first thing that hits you after firing up Genesis Alpha One, is the sheer speed of the movement. Okay, so using various modules to build the first basic hyperspace-ready version of your spacecraft is the actual very first thing. But once you get to move around the halls and various rooms of your craft – you do so at breakneck Quake 1-like speeds. And it’s this speed, which informs all aspects of the experience.

Even the loading times are speedy and virtually non-existent as you move from hangar to planet surface and back again in a matter of seconds. 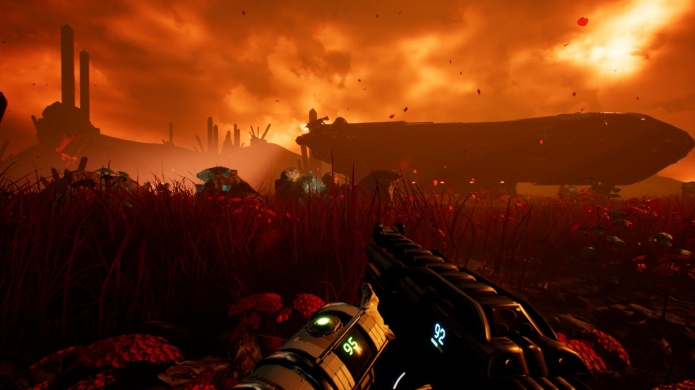 In your search for a new planet to colonise you’ll need to physically mine or ‘beam in’ resources, expand your ship with new production abilities and upgrades, and learn new technology from weaponry right down to ‘How to Clone Humanoid Arachnids 101’. Whether it’s using a tractor beam to collect scrap iron from some space debris or landing on a planet to mine some Uranium, it’s all carried out in a way that is fast and fluid. And not only in terms of physical movement. There’s a constant flow of action too, in the form of alien bugs of all sizes and bipedal threats both human and ‘strange new alien’.

Planetary expeditions are broken up via regular ‘alien lifeform detected’ moments, as is using the tractor beam to collect a few pieces of Space Iron.

In describing the exploration, cloning and assigning jobs and tasks to your crew, building and expanding your ship, landing on planets, combat and alien threats you encounter - there’s a lot to Genesis Alpha One. Yet even so it’s quite simple to learn, growing in scope and choice as your mission progresses. And it’s all about the mission. Like those creepy mannequins masquerading as humans, you’re not meant to become attached to your crew, their lives, or the captain you control. Dying instantly promotes the next crew member in-line – whom you take direct control over to continue the mission. Exploration is all in service of the mission. 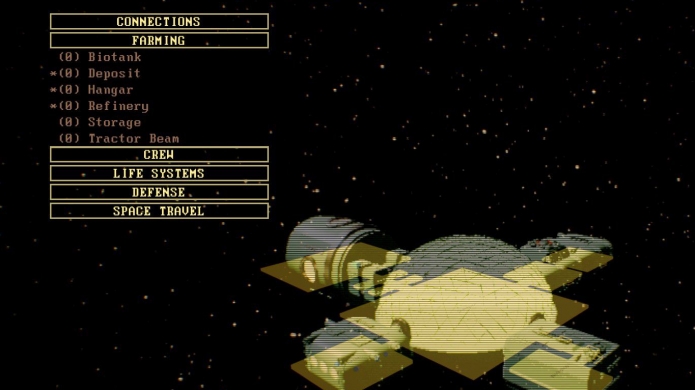 This simply goal of seeding a planet, is clear and concise. It adds motivation, whilst the speedy, simple to learn, and deep mechanics offer the nuance. Why take humans when your ‘Genesis Mission’ could let you create a colony of nitrogen breathing aliens with far superior genes. Naturally this presentation might sound as cold as the space that surrounds your ship but in wrapping up the expedition in a hostile galaxy full of threats and corporations in search of new planets to plunder – there’s a darkly comic edge that smooths out the overall horror and tension.

Of course, it’s not all as simple as finding a planet, as you discover new technology, weapons, DNA, and alien species it all begins to feel quite grand in terms of mystery and discovery. The makings of something you’ll gladly play through again, embarking on multiple Genesis missions. There are a few shortcomings though, namely in the repetitive nature of most combat and the predictable AI of aliens that simply charge. But in offering ‘multiple things to do that don’t take very long’, the grindy nature of a survival game or builder is all but absent. Reward is never more than a few minutes away. 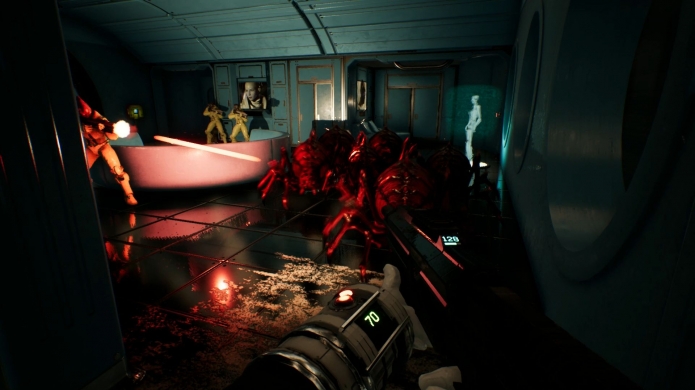 In fact, when coupled with the near constant dips into action, and shooting space bugs and space aliens, the transition from say building and designing the layout of your spaceship to landing on a planet for an expedition - or simply monitoring the tractor beam room to ensure no nasty space aliens make it aboard your ship – packs with it some considerable variety.

Like all great sci-fi there are surprises around every corner in Genesis Alpha One. From that first time you delve into the ventilation system of your ship to discover a truly horrific alien infestation, to landing on a strange planet only to find some strange DNA that will let you splice alien abilities into your crew’s genetic make-up - leading to humans that can visibly sense hidden threats. Then there’s running into a nasty group of space pirates that proceed to warp in and around your ship, decimating your facilities and crew. Each voyage presents a new galaxy to explore, new planets, new challenges, with the ability to carry over select bonuses and technology; with total play time varying from short and sweet if you’re unable to overcome a nasty infestation to somewhere in the ten-hour range. 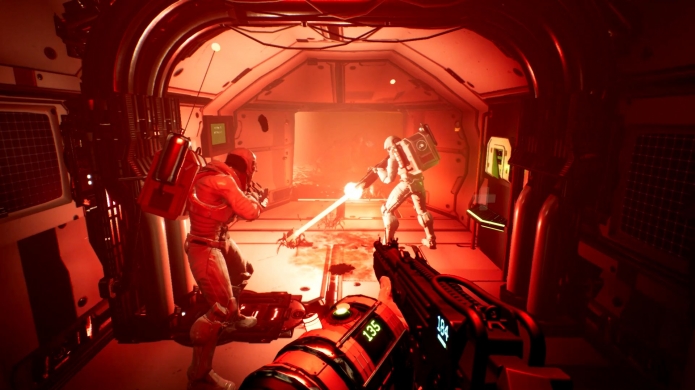 Genesis Alpha One, once it grabs you, is a hard one to put down. Dripping in atmosphere, exploring and building your own space-ship and then visiting strange new planets has all the wonder you could hope for. The added tension of wondering if your crew has been infected by some sort of alien parasite – and then watching as your ship slowly becomes a scene from sci-fi horror film, is exhilarating.
Follow Us
Latest Reviews
More...
News Feed
Advertisement
Latest Threads
Log In
Create Account | Lost your password?