Game of Thrones is the first Telltale game to consist of six episodes since their first Sam & Max season. Episode 4 is usually when they’d be gearing up for the big finale, establishing the stakes and putting their characters in a position to wrap up their stories. The fourth episode of Season 1 of The Walking Dead remains my favourite single episode of any Telltale game; it very definitively laid out what the final episode would look like, and made the wait for it particularly difficult.

With two episodes left, Sons of Winter actually introduces new characters and plotlines. Split as it is between four storylines, this episode ultimately ends up feeling a bit too short to achieve everything it sets out to, but every character is given a satisfying moment that pushes the plot forward. 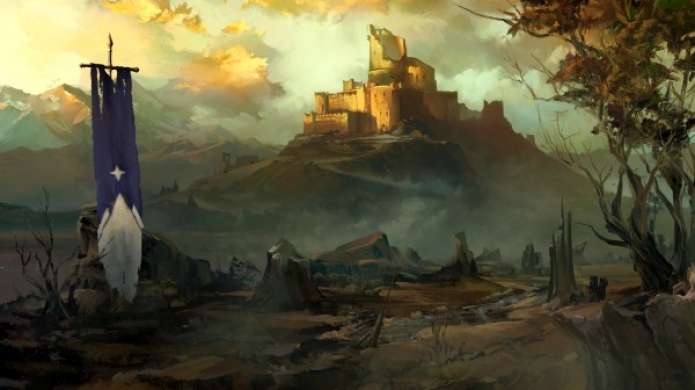 Each character is given a chance to take control of their destinies here. Gared realises that his brothers at the Wall have betrayed him, and starts to follow the plot that has been clearly laid out for him. Gared feels disconnected from the main plot, and his story doesn’t feel particularly fresh (his friendships are largely riffing on Jon Snow’s plots from the show and books), but it feels like he’s heading in an interesting direction at least. Mira grows in strength and courage, and starts being very proactive in her quest to help her family (in my playthrough, based on the choices I made, she has started to emerge as a bit of a badass). She’s only given one scene, but it’s probably the best scene she’s had yet – getting her away from Margaery, Cercei and Tyrion allows the character the breathing room she needs. Game of Thrones has consistently been better when it focuses on the game-specific characters, and avoids tying them into the lives of the characters on the show.

This brings us to Asher, who finds himself in Meereen, interacting with Daenerys and her dragons in hope of gaining access to her army of Unsullied. This interaction feels pretty shoehorned, but the storyline is saved by the action-packed sequences later on, and the neat character moments Beskha is given. Rodrick, meanwhile, is finally given a decent opportunity to strike back against his oppressors, and although this all unfolds a bit fast there’s some immense satisfaction to be had…although your actions aren’t without their repercussions. After so many Telltale games though, your incidental choices feel like they matter less and less. There are a few major actions you can take in Sons of Winter, but in-between it’s hard to feel like you’re really directing the story. 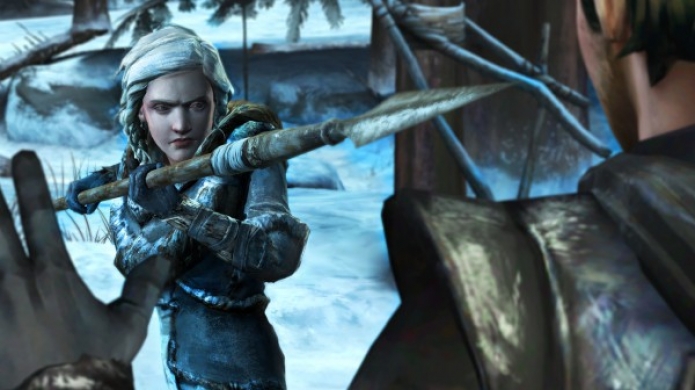 This episode also feels a bit unpolished in places. The world feels sparse – when you’re attending a party in one scene, it’s hard not to wonder why there are so few people there, and Meereen feels all but abandoned. Also, whenever I paused the game the audio would cut out on the first spoken line after I unpaused, an issue I never had with the other episodes.

All things considered, Sons of Winter is fine, but it never feels like a standout episode. It could simply be that Telltale have oversaturated a bit by releasing so many games of the same style in a short space of time – even having loved the last episode, it was hard to get excited about this one. Hopefully the fifth episode starts gearing up for a strong finale, because the plight of the Forrester family remains fundamental compelling.