Being an avid fan of soccer in all its forms and computer games in all their forms, it comes as no surprise, especially to my long suffering fiancée, that I am also a keen follower of EA’s FIFA Series. FIFA 10 is the most recent instalment in the series and it does not disappoint. 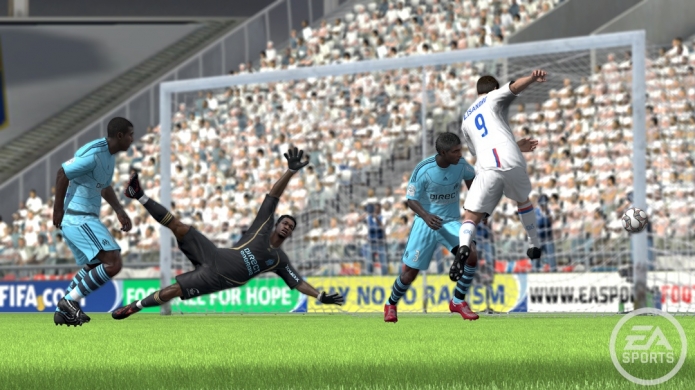 From the moment you put the game into your Xbox, this new instalment has many exciting features. I was most impressed by the fact it scanned my FIFA 09 achievements in order to determine a suitable difficulty level. I didn’t have any so it just assumed I was awesome, setting the difficulty to the top level, World Class. The game also boasts a concise set of tutorial videos that are suitable for beginners through to seasoned pros and Wayne Rooney as the default player in the arena and as the loading screen player, until you create your own virtual pro.

My first foray into the FIFA 10 world was with my personal favourite game type, Manager Mode. EA have made some serious changes and adjustments to the Manager Mode from FIFA 09. There’s a new assistant manager that can aid in the team management of less skilled teams’, whose players struggle to maintain match fitness from week to week. However, managers who routinely simulate the matches, rather than playing as their team, will find that their successes are fewer than those who choose the other road. The weekly wage restrictions are a welcome addition in making the A-League more realistic. Like the A-League, which employs a salary cap system in real life, the manager mode implements a weekly wage restriction that prevents managers buying world class players for less prominent teams.

Unfortunately I didn’t get to play the manager mode much (although I put away a few hours, another hat tip to my poor fiancée) before I was completely wrapped up in the ‘Be A Pro’ game type, so I didn’t get to experience many of the bugs reported around the internet, for example goalkeepers getting assists for everything and being able to sell players on loan to your club. 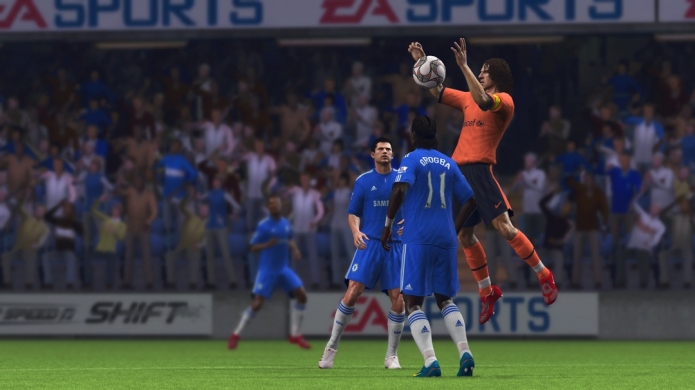 The Be a Pro mode differs from the Manager Mode in several key aspects, namely, you play as one player on the pitch, rather than controlling a whole team. With the Be a Pro mode, EA also launched the Virtual Pro, which allows the player to upload an image of themselves via www.eafootballworld.com. This was a lengthy process, which did not work for over a week due to prolific bugs with the server, databases and program. Once I was finally able to load my image and use it with the game, the result was a disappointing, cartoon coloured mess that looked like me if I’d been born with Harlequin Itchytosis (for the love of God, don’t Google Image search that) and Asiatic eyes. Never-the-less, the Virtual Pro can be used across all games types online and off. If you don’t mind looking like you have a severe skin condition, this is quite an exciting new addition to the FIFA series. An actual improvement to the Be a Pro mode was the ability to select a commentary name for your player from a pre-selected list. My fiancée’s surname was available, but nothing close to my name, so I selected “Bolf” as this was the closest it came to my moniker.

I started the Be a Pro mode as a fresh faced Brisbane Roar striker in the reserve squad, making my way into the first team and then up to captain along with a few national team call-ups for some friendlies versus the New Zealand All Whites. At the end of the season I had the opportunity to sign with the Real Madrid reserves and do it all over again. Although at that level you are expected to score a hat trick and have a ten out of ten game every time you take the pitch. Plus you feel bad when Cristiano Ronaldo or Kaka sets you up with a beautiful pass and you snuff the shot.

The plus’s for FIFA 10 are that game play is very smooth and realistic meaning that PES has a lot to compete with this year. Attention to detail is outstanding, not only with the minor things like updated squads for the A League but also Cristiano Ronaldo’s penalty taking style. The first night I got it I got hand cramps, did a half arsed job of the dishes and was dragged to bed by my fiancée. 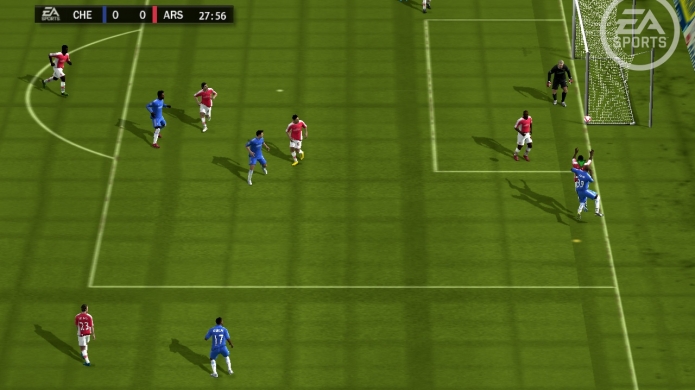 The minuses were few, but still present with lots of bugs including the fact that goals going in are occasionally credited as corners and players running away from the ball while it is still in play. Also, the first night I got it I got hand cramps, did a half arsed job of the dishes and was dragged to bed by my fiancée.

The second I finish this review I will be back playing my Spadbob number 25, captain of the Crystal Palace reserve squad, attempting to get two goals and win the game by three. Premier League here I come!
Follow Us
Latest Reviews
More...
News Feed
Advertisement
Latest Threads
Log In
Create Account | Lost your password?