The first title to be released under the EA Originals banner was the charming Unravel, a game that turned quite a few heads when it debuted at E3 on the EA stage a few years ago. Fe, which was also showcased at E3, is a far less showy endeavour. A stark monochrome and minimal design informs the visuals, and the action itself is kept rather vague with very little context or scene setting taking place. There’s a definite meditative quality to Fe, the latest EA Original from Swedish developer Zoink.

Taking on the role of a fox-like creature in the woods of a fantastical land beset by some form of technological adversary, interaction with other creatures comes in the form of song. Walk up to a deer-like thing, start wailing for a moment, and then befriend them to get past an obstacle. Exploration is very much in the vein of a traditional 3D platformer, with large open areas to run around in and climb in and collectibles to discover. Secrets to be found and skills to learn that then open the door to more songs to sing and bigger creatures to befriend. 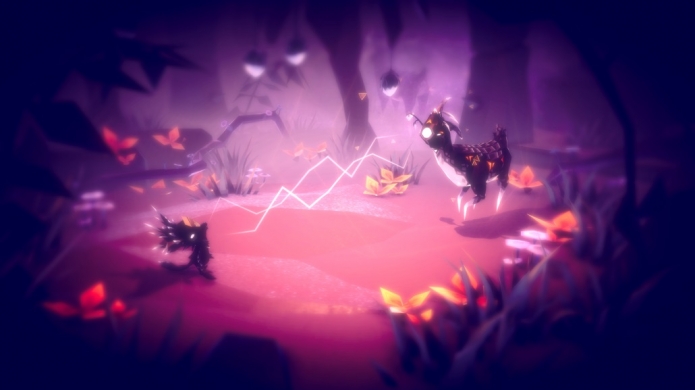 There’s also a stealth element in avoiding bigger creatures and the robot-style enemies that we assume represent technology encroaching on an idyllic forest setting. On paper there’s reason to believe that all these elements should form a winner, an indie experience where the themes resonate, and the game mechanics are both rich and rewarding.

Unfortunately, that isn’t the case with Fe, thanks to the obtuse nature of the exploration. And the platforming elements themselves feeling a little half-baked. There’s a feeling of confusion throughout, from exactly how to get to the next location and when there - trying to figure out what to do next. Context can be found in brief tutorial guides and a helpful bird that can point you in the right direction, but their addition feels at odds with a core experience. An experience that lacks confidence in its setting. 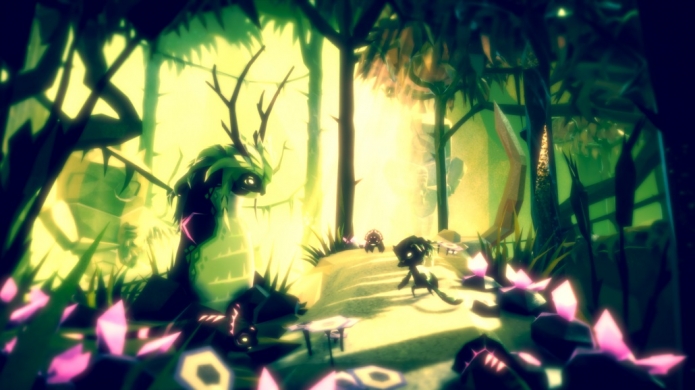 Now, being ambiguous is fine. Titles like Journey and Abzu deal in the sort of wonderful aesthetic blended with action whose meaning may not be all that understood. Fe is at times linear, but the openness of the areas to explore add a layer of incentive that isn’t quite met by the underlying mechanics or scope of the presentation. No doubt Fe is a beautiful game to look at, with sharp angular trees and an almost fantasy-meets-dreamlike quality to the representation of wildlife and the forest in which it all takes place.

Perhaps the main reason why Fe falls short of its ambition comes with the somewhat bland 3D platforming elements throughout. Reaching a higher platform usually happens one way only, with experimentation on the player’s part resulting in some nice visual motifs but not much else. On the flip side to that where Fe excels and feels like its own thing, comes with the use of sound to bond and interact with other animals and creatures. You get the feeling that Fe doesn’t want to hold your hand and instead let you absorb the game in full. But having the helpful navigation bird tied to singing without aiming at an animal or object, is strange. 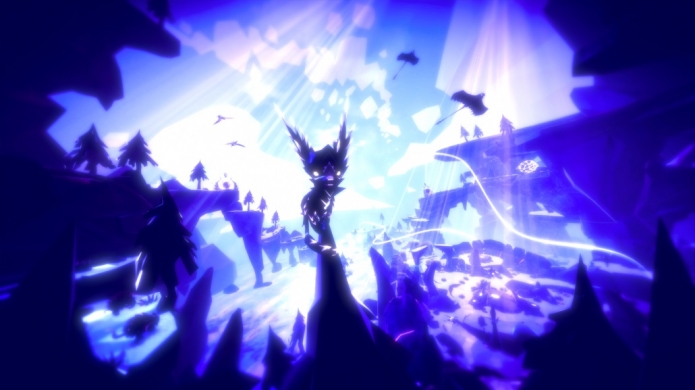 And leaves you simply following a quest marker. Played in this manner Fe is also quite short, with no real incentive to go back and find all the hidden stuff. If the platforming matched the visuals, setting, and wonderful music, then it would be a different story. The themes of nature, balance, and the connectiveness between all living things is strong and can be felt throughout. In the end Fe certainly looks the part but doesn’t quite have enough memorable moments or feeling of discovery to match its ambitious design.