Which is a round about way of saying "watch this space". Revealed via the all-important Twitter-sphere, Techland dropped the bombshell overnight saying that Dying Light 2 -- the studio's "biggest project to date", would need "more development time to fulfill [its] vision".

To our dedicated Community:

It was a busy year for us as we continued working on our biggest project to date. We know you are awaiting the game eagerly, and we want to deliver exactly what we promised.

We were initially aiming for a Spring 2020 release with Dying Light 2, but unfortunately we need more development time to fulfill our vision. We will have more details to share in the coming months, and we will get back to you as soon as we have more information. We apologize for this unwelcome news. Our priority is to deliver an experience that lives up to our own high standards and to the expectations of you, our fans.

Please stay tuned, and thank you to our fans around the world for your continued support, patience, and understanding.

This delay follows news CDPR's push from April to September for Cyberpunk 2077, leaving us to wonder if some of these delays are due to the forthcoming console update across both PS5 and Xbox Series X... the mind doth wonder.

A list that also includes the highly anticipated Cyberpunk 2077, Watch Dogs: Legion, Call of Duty: Modern Warfare, and Remedy’s Control. Which is out next week. No details have been provided on how exactly Dying Light 2 will implement the technology, but we do have confirmation that it will feature “will feature real-time raytracing”. Meaning that one of our most anticipated titles for 2020 just got a whole lot more most anticipated-ier. 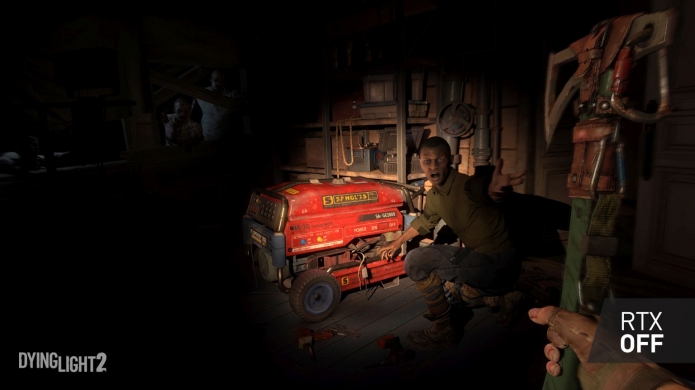 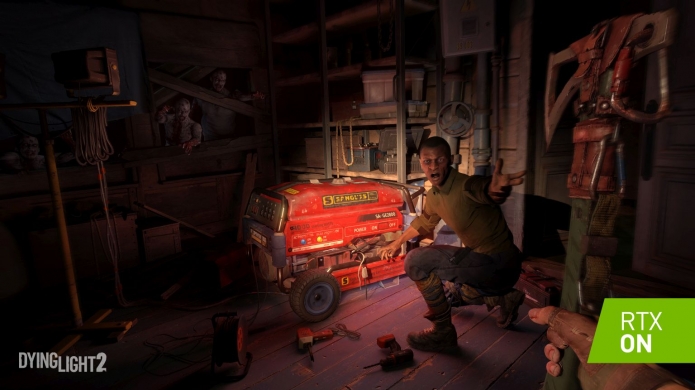 And yeah, the difference is massive. From what we can tell stuff like global illumination applied to direct and indirect light sources and shadows give it all a very different look ala what we found in Metro Exodus. This screenshot is a weird example to use, as it showcases a vastly brighter image. Albeit one with more realistic lighting.

“Dying Light 2 pushes the boundaries of gaming technology with our implementation of ray tracing," said Pawel Rohleder, Techland’s CTO. “Not only will it dramatically enhance the visuals and immersion, it will enhance the player’s experience as they explore the vast open-world.”

Here’s how it all looks – in RTX Off and RTX On form via a fancy new trailer.

Both Dying Light 2 and Vampire: The Masquerade- Bloodlines 2 are due for release in the first half of 2020.

Which is to say, we eloquently suggested that phrasing ourselves, but given our history with Mad Max in general, it shouldn't be a stretch to think we try and find a way to tie the seminal Aussie franchise to most things, especially where videgames depicting the End of Days are concerned.

The phrase itself came up during an interview with producer Kornel Jaskula when we were dissecting the upcoming sequel's parkour playground, aptly titled The City. Its functionality and freeform use of debris and old technology simply sings Mad Max, while its European backdrop gave rise to the "renaissance" part of the phrase, and Jaskula was pleasantly respondent to mash-up of words to describe the game.

"Yeah, yeah! Of course that was our goal,” he says almost jumping out of his seat at the phrasing. “Humanity lost it's war to the infected. So we knew that [the game-world] had to be multicultural; it's somewhere in Europe because we wanted it to be a mix of cities we know, and for us it was a perfect setting for the game with the architecture; the medieval buildings correspond [with] what we call ‘Modern Dark Ages’.”

The full interview feature talks about the game's protagonist, the world as it has de-evolved, movement through it, technology and much, much more. Click here for our in-depth Dying Light 2 developer interview feature.
Friday, 21 September 2018
Dying Light 2 is Not a Zombie Game - According to Techland
Post by KostaAndreadis @ 02:43pm 21/09/18 | 1 Comments

From the studio and team that first brought us Dead Island, when Dying Light launched in 2015 many still felt that at its core it was still a zombie game. Open word, full of quests and crafting and a story - but still very combat heavy. Dying Light 2 is looking to shake things up, where expanding its world, lore, and narrative ambition - it can no longer be classified as 'a zombie game'.

With the help of several key writers who worked on The Witcher 3, plus RPG legend Chris Avellone - Dying Light 2 will not only expand on the narrative potential of the series but also focus on choice. And consequence.

“[One of the] most important feature of the game is the narrative sandbox and the power of choice; choices and consequences," Lead Game Designer Tymon Smektała tells us. "And as you play the game you’ll face many difficult dilemmas and the choices you make through gameplay or through story will change or transform the world around you. We created this non-linear narrative." 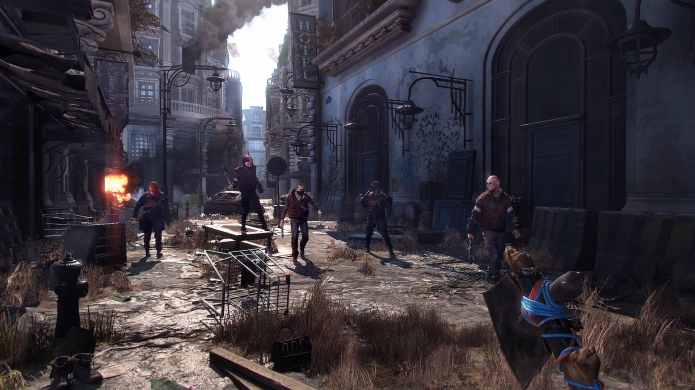 This means, in pure game design terms - a world filled with NPCs that you can interact with and play a role in shaping their future. Something that no doubt will bring a new feel over the original Dying Light.

“I don’t think it is a zombie game,” Tymon says emphatically. “We have developed, we have designed, we have come up with the idea that the day is for the living and the night is for the Infected. So during the day you will note that encounters with the zombies don’t happen as often as in the first game. Usually they hide inside buildings and other dark places. First of all, this allowed us to build a part of the city where you really get to encounter humans; you get to work with them; see how they would behave in a situation like this. You know, it’s an extreme situation: technology is gone, civilisation is gone… we didn’t have as many dynamic encounters [with humans in the first game]. So the day is for the humans, but the night is for the infected and this creates a lot of gameplay opportunity.”

It also helps that we're massive fans of the original game and of how Techland went about supporting that game (and still continue to do so), and so went in with a wealth of questions Tymon was more than happy to answer in an in-depth and lengthy Q&A sessions. Here's a snippet:

Excitingly, alongside Chris are a group of writers from The Witcher series. Specifically, Tymon reveals, the writers who worked on The Bloody Baron questline as well as across the Blood and Wine expansion of The Witcher 3. There’s some serious narrative and quest-design royalty in this beefed up Techland team.

Tymon goes on to explain that they wanted to play with a different kind of sandbox to that of the first game -- a “narrative sandbox”, where choice and consequence, obviously, drives this but that it’s not specifically a story or character shift as a result of choice, rather the whole world “on many levels” changes. And while that can sound like a binary system, this is all done through the aforementioned non-linear narrative, so traditional story beats aren’t the ‘forks in the road’, so to speak, here. Moreover, Avellone has explained that choices affect the world on three levels: Narrative, Gameplay and Systems, and that the combinations of those through player-choice can either impact the world in a way you hoped, or in totally unpredictable ways that undermine your overall goals.