Make no mistake about it, here at AusGamers we’ve been playing Diablo III since it first made its appearance on PC way back in 2012. And then again when the amazing Reaper of Souls expansion re-built the core progression and loot mechanics from the ground up in 2014. And got rid of the now infamous Auction House. Of course, since that time there have been several patches, new content in the form of more enemies, locations, items, and most recently a new class with the return of series favourite the Necromancer in 2017.

Which is a roundabout way of acknowledging that Diablo III has been around for a while. Also, it brings us to today – here in the latter part of 2018 - and the arrival of Diablo III Eternal Collection for the Nintendo Switch. 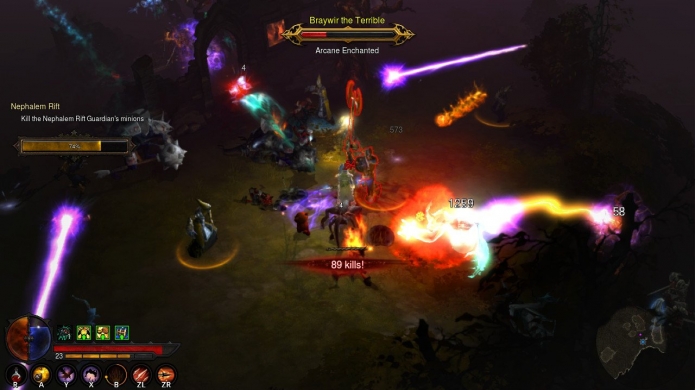 An excellent port of a polished and fun action-RPG that finally brings Blizzard’s iconic series, and the genre, to a handheld in a way that feels essential. Diablo III on the Switch is excellent, through and through. And if you fit inside the Venn Diagram of Nintendo Switch owner and Blizzard fan who loves the franchise – well, it goes without saying that getting to play Diablo III on-the-go makes just about any waiting, traveling, or even evening sitting on the couch while someone else is watching the latest season of Blind Detective Fights Crime Marvel and Netflix Style – go by in a blur.

And with good reason, because now six years after its initial debut Diablo III has become a thing of beauty – with this being the best version of Diablo III yet. A game that has transformed from a flawed gem in its initial incarnation to become the perfect blend of demon-slaying dungeon crawler and Superhero-creator. Action that is fast-paced and reliant on a heady mix of skills and items, activities that reward players for just about everything whilst offering new challenges and even greater reward if they choose to try their hand at a higher difficulty level or Greater Rift. 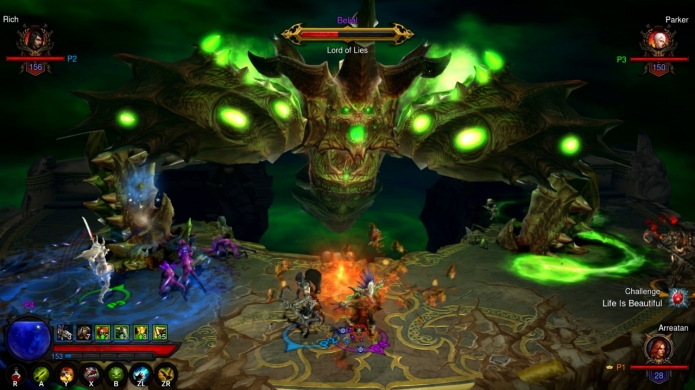 A rich, character-driven story set across five distinct Acts thematically rich in detail with character design, animation, sound design, and music that still holds up today. Act V tells a story that fires on all cylinders with that classic cinematic Blizzard feel. A lengthy tale featuring many tense moments and startling revelations. But also, a story that can be bypassed entirely thanks to an end game that players can dive into immediately called Adventure Mode, with Seasons providing clean slates to build new characters, try different sets, or simply have fun with others slaying demons. Bounties, Rifts, Greater Rifts. New items earned, numbers to crunch, passive abilities to weigh the pros and cons of, finding the right Legendary Gem, amulet, or ring for the right job.

"An excellent port of a polished and fun action-RPG that finally brings Blizzard’s iconic series, and the genre, to a handheld in a way that feels essential."

Of course, if you’ve played Diablo III on PC, PS4, or Xbox One recently, then none of this will be new. But, it’s a testament to the team at Blizzard that Diablo III on the Switch is incredibly smooth, features fast loading, and when played in handheld-mode sports crisp visuals that rarely if ever feel inferior to any other version. Now, this is not to say that compared to the crisp 4K PS4 Pro and Xbox One X versions that the Switch release isn’t noticeably blurrier when displayed on a large screen. It is. Also, the lighting effects and a few other minor flourishes are scaled back to ensure a fast frame-rate. But, this is all good news – because Blizzard know full well that where Diablo III shines brightest is when all its elements come together. And you’re in the zone. 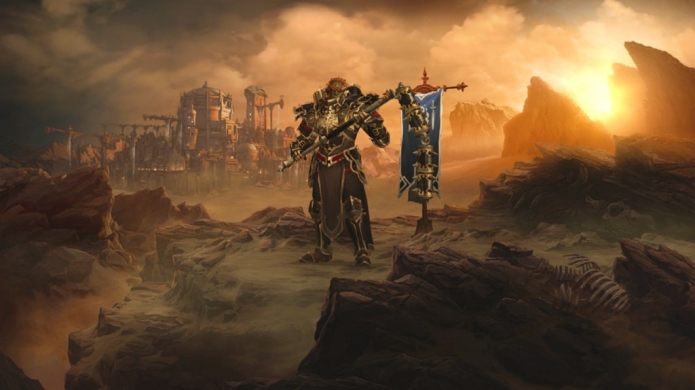 Fast-paced action, a screen full of enemies both large and small, elemental obstacles obscuring movement, juggling abilities and skills and attacks to maximise damage. For this, a fast and smooth frame-rate is paramount. And on that front Diablo III puts quite a few Switch releases to shame. Again, this is a brilliant port. And again, getting to play Diablo III on-the-go is a game changer. It’s the sort of experience perfectly suited to the handheld - gameplay built around getting in the demon-slaying zone. Being dubbed The Eternal Collection also means this is a feature complete version of Diablo III with all content brought along for the ride including last year’s Necromancer expansion.

Plus, a few Nintendo-themed goodies too in the form of a Zelda-inspired chicken pet and an admittedly cool looking Ganondorf armour skin option. Same screen multiplayer is here just like it is in the PS4 and Xbox One versions, with Blizzard even figuring out a way to make the controls work with two-players utilising a single Joy-Con each. It’s not the ideal way to play, or even close to the perfection that is Nintendo’s Pro Controller, but fun in a social gathering sense. And it works. Online is the same peer-to-peer setup found in the PS4 and Xbox One releases, reliant on Nintendo Switch Online with Blizzard server authentication required to play with others. 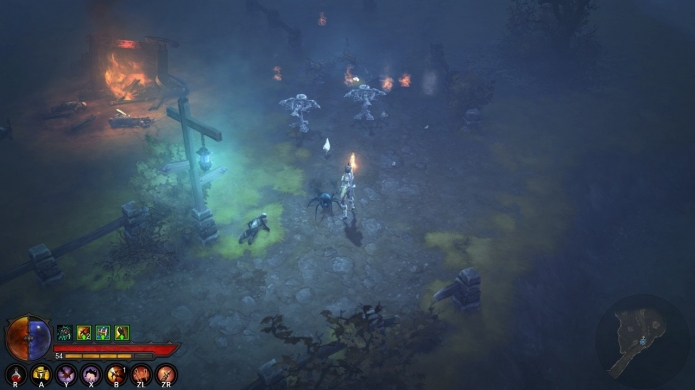 In the end, with Diablo III being a game that millions have played over the years one might think it strange to refer to this port as essential or exceptional. But, in playing Diablo in handheld mode one quickly realises that the core experience, the flow, the skill and item-based action-RPG combat, is some of the best the genre has ever seen. Also, it’s a style perfectly suited to the on-the-go nature of the Switch. So, being able to take Diablo III with you wherever you go for a quick rift or bounty or two or three – is well-worth it.
Latest Comments
No comments currently exist. Be the first to comment!
Commenting has been locked for this item.
Follow Us
Latest Reviews
More...
News Feed
Advertisement
Latest Threads
Log In
Create Account | Lost your password?