The Curse of Osiris expansion for Destiny 2 arrived recently amid much hype from Bungie and even greater expectation from the community. An exciting new campaign, powerful new legendary weapons and armour pieces, and bug fixes for existing issues were amongst the most hoped-for. And in typical Bungie fashion it has delivered, sort of. New items have arrived, but some are re-skins from Destiny 1. There’s also the new light power level to progress towards, and some long awaited bug fixes. Finally, my Hunter Survivalist boots deliver their promised Recovery.

The new campaign though, the real bang that players were expecting for their buck(s), is rather short-lived. Literally, as it can be completed in a single sitting. Which of course is in stark contrast to the amount of time you’ll need to spend grinding for the new items. The story is lackluster, confusing, and entirely forgettable. It has no connection to the campaign of the main game, and contains a returning character from the first Destiny who's been awkwardly shoehorned into this new chapter. It isn't particularly challenging either, and without spoiling too much, the final boss fight consists of a couple of enemy waves, some quick-time events, and virtually no risk of death or defeat. 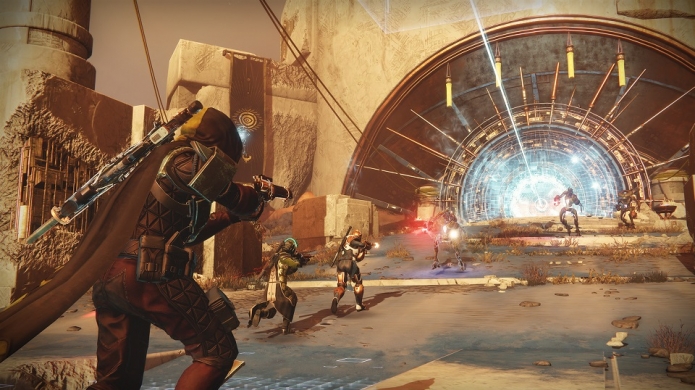 There is a plus side. The new areas on Mercury that Guardians can explore during the campaign are stunning. Easily some of the best environments to be seen in the entire Destiny franchise, which is saying something.

Prior to the Vex discovering it, Mercury is an improbable but gorgeous vista of grassy plains, weird trees and small lakes. Stuff that would make more sense on a planet not so bakingly close to the Sun. But, lovely to look at nonetheless. Mercury in the Vex-imagined future is a complete departure from the peaceful plains of the long long ago. It is a dark gloomy and mysterious place with a palpably ominous ambience. Which means that yes, time travel has finally come to the Destiny universe.

This is all part of a place you’ll frequently visited throughout the campaign - the Infinite Forest. Which, as I understand it, is kind of like the Vex's toybox, populated by an ad-hoc mix of Destiny's enemies in an ever-shifting and time-bending landscape that changes with every encounter. Cool right? Unfortunately you can only access the Infinite Forest, as well as the two aforementioned versions of Mercury, during the campaign and subsequent Adventures. Oh, and on the rare occasions it appears in the Strikes playlist. 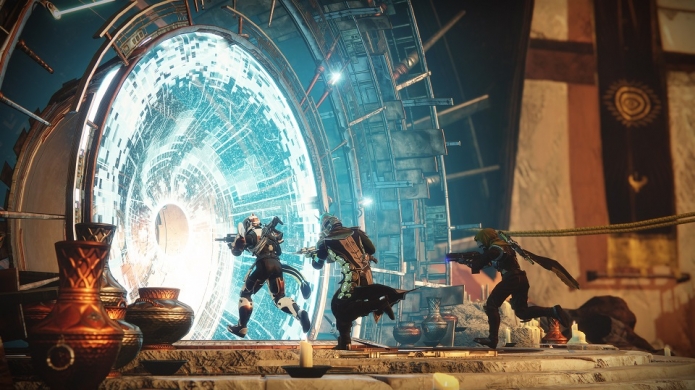 This seems like a huge missed opportunity, and a big misstep for the first of two planned Destiny 2 expansions. The Infinite Forest could have been utilised for an entirely new game mode, such as a horde mode or Diablo-style Rift, with random waves of varying enemies, timers, and leaderboards.

The social space on Mercury containing chests, Patrols, and planetary resources is a small and unexciting circle populated by Vex and the ever-present Cabal. Here you can see the gigantic triangular portal leading to the Infinite Forest but, for reasons known only to Bungie, you cannot access it. Hopefully this will change in the future. Expanding the Patrols and Public Events into the Infinite Forest would provide a greater incentive for returning to this, for now, desolate new location. Once the campaign and Adventures have been completed, the only reasons for visiting Mercury are the single Public Event and resident NPC.

Heroic Strikes are finally here! These were one of the great staples of the original Destiny, and it's great to see them return. Additionally, new Strikes taking place on Mercury have been introduced to the playlist. The joy at having Heroic Strikes available again has been tempered however, as without Modifiers to the Strikes there's no noticable bump in their difficulty. A strange omission. Heroic Adventures which are also new, do have Modifiers; Attrition, Elementalist, Brawler (to mention a few) combined with random enemies and map configurations of the Infinite Forest. Sound good? They are, so it’s a shame you can only access three Adventures per week. 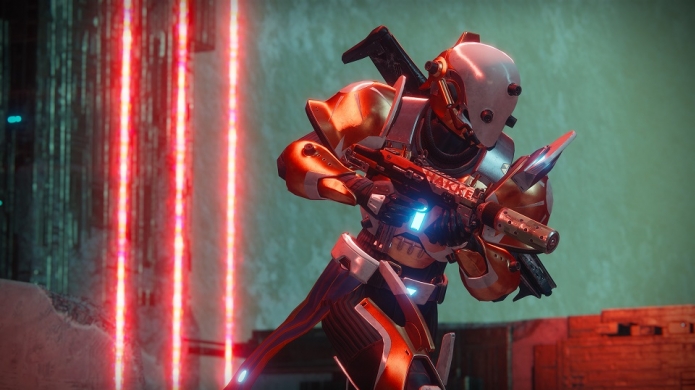 The Curse of Osiris expansion also contains the new Raid Lair, which takes place beneath the already established Leviathan Raid space. It's significantly shorter than the original Raid, hosts less enemies and uncomplicated mechanics (aside from the boss fight) yet despite, or maybe because of that, is a more enjoyable and rewarding an experience. The extensive and extraneous jumping-on-platforms-while-following-the-leader "puzzle" at the start is a little silly. With a vertically or verbally challenged fireteam it can quickly become tedious. Once that's out of the way though it's a fight and a fall then you're at the boss. The loot is indeed bounteous for such a small encounter. Which for Destiny, is a big deal.

But even with all of this new stuff, bug fixes, and improvements, Destiny still suffers from a lack of a real endgame. After completing the campaign, Adventures, and Raids (and acquiring all that juicy loot), once your power level hits the current cap, there's not much else to do. Aside from starting fresh on a new character. Due to Destiny's core system and design this doesn't offer too much in the way of a new experience. The same weapons are utilised during the same activities, the armour will be weighted towards a Mobility Resilience or Recovery based build, and while the single piece of exotic armour that can be worn may offer some varietiation in build or play style, overall they're still pretty underwhelming. Due to the way enemies scale to your level, there isn't any feel of a concomitant increase in the power of your Guardian as you level up and acquire new items.

Note: The upcoming Masterworks update will give Guardians a chance to modify and reroll stats on their favourite weapons. Whether this will suffice to keep players engaged until the next expansion hits remains to be seen. I think it's safe to assume the potential for randomised rolls on weapons and perks will be ameliorated by Bungie's heavy-handed approach to the weapons system for the sake of striking a balance between PvE and PvP.
Follow Us
Latest Reviews
More...
News Feed
Advertisement
Latest Threads
Log In
Create Account | Lost your password?