It pains me to ride into hell on a chopper, but the reality is, that’s literally what Days Gone is: a game not worth its Earthly salt and chopped, unceremoniously, to the nines with its less than distinctive parts. I will take nothing away from Bend who tried to fabricate a new spin on a tyred genre, while adding in quietened bells and whistles (can’t have the Freakers hearing your movements, after all) that reflect the modern single-player gaming era. “Open-world”, “choice and consequence”, “survival” -- but the reality is none of those things ever rev their respective engines, in unison, to community bike road glory. Instead what we appear to have here is a car hole with too many mechanics, trying too many things.

Yeah, that was a mess of play on words and puns. But wholly, it’s also a realistic metaphor for what Days Gone is. 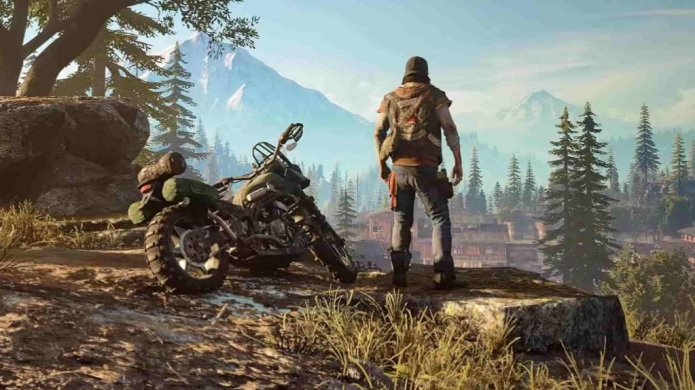 Let me set this up for you, and believe me, this isn’t spoiler territory, it happens inside the game’s first 20-odd minutes.

"Rippers” -- human weirdos who come into Newtown after dark now that the lockout laws have killed nightlife in places they ought be..."


You and your biker mate, Boozer, are out and about trying to find a friend. You do. Shit’s not great, and she goes to the great leather jacket store in the sky. But not before giving up why she’s now dearly departed. We find the culprit -- a non Freaker (read: zombie) and business is done. But we also need things. This requires going through a few tutorial-specific sections of the game or, hand-holdy stuff if we want to be specific. And that’s okay, we’ve been here before. But the final result is a narrative tool where Boozer’s arm has been torched by “Rippers” -- human weirdos who come into Newtown after dark now that the lockout laws have killed nightlife in places they ought be -- and he has third-degree burns.

That sets itself up as a carrot-on-a-string situation -- we need to go get special bandages for Boozer, our mate. Those special bandages apparently only exist within the locked confines of a Nero checkpoint (the corporate baddies, as is tropely required). On our way to do this, distraught at old mate’s predicament and being reminded of our own wife’s death, somehow in conjunction with Nero, we learn that some ‘marauders’ are stalking our mountain top safehouse. Oh, what to do?

Kill them, of course. 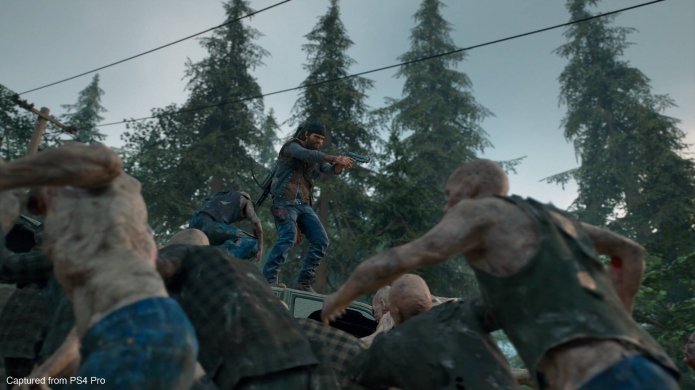 So what follows is more tutorial. Tall grass, stealth and all that. Except that if we get shot, you know, with bullets, we just hold down the left D-Pad button. Right as post-apocalyptic rain. And this ease of healing against your ‘desperate’ situation with Boozer and his non-left D-Pad button-pressing healing option just throws the baby, toys, bath water and all sense of disbelief out the window. Yep, it’s a videogame -- we get that. But Bend, please, realise that you’ve already broken your own game-world rules inside 20-minutes for narrative gain... pause.

"NPCs aren’t always friendly, and the random ones you encounter who aren’t important to the narrative work to sell this world..."


Underneath the game’s contextual, narrative flawes, there’s something here. World-building, similarly to that of Horizon: Zero Dawn, is important and well-executed. The entire camp system and how Economy and Trust work within it, is important. Moreover, unlike Horizon: Zero Dawn, interiors are important and open in Days Gone. They add to the game’s “survival” dot-point, and that’s a good thing. NPCs aren’t always friendly, and the random ones you encounter who aren’t important to the narrative work to sell this world. There’s value here, but what’s problematic is that it’s also very, very fake.

This is Truman Show levels of “open-world”. It’s sandbox at best, and ‘open’ ‘space’, separated here deliberately, do not a videogame make. It’s also a grind. I played through on Hard, and on Hard enemies simply sponge more bullets (hilariously just standing there). You can stealth kill an enemy with one hit if you’re unseen, but frontal melee combat with the same weapon can take forever and the [animation] trees that accompany and combine with this system just reek of rinse-repeat. 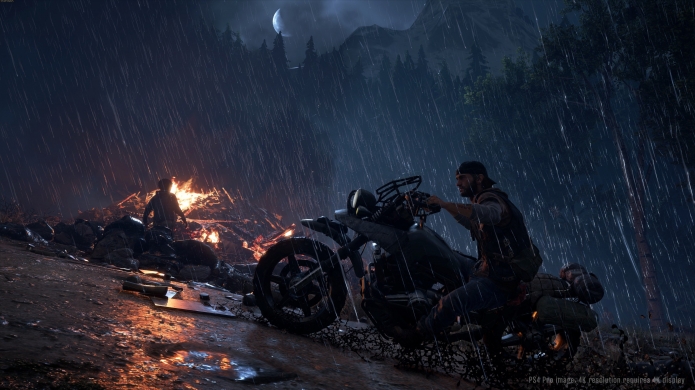 The problem with Days Gone is that it sells itself on three things: open-world, as we’ve already touched on, a game that is capable of rendering hundreds of Freakers and something with a different spin on the genre. Only one of these things is true. The game renders multiple baddies, sure, but their behaviours and actions are anything but impressive in that highlight. And it’s not open-world. It harbours the same issues as Far Cry has over many years. “You’re Leaving the Mission Zone” should not be a warning to ever read in an open-world game. So what it’s done is through a different spin in the space; that being adding unique characters different to the norm, attempted to stand tall, and on its own. But they’re barely relatable, and I’m a heavily-tattooed person but, more importantly, I just kind of don’t care.

"it sort of doesn’t really make a lot of sense in how it’s thrown about. In The Last of Us, Joel was just a survivor, for lack of a better word, surviving..."


The red herring here is that Deacon, the game’s protagonist, is searching for answers. But it sort of doesn’t really make a lot of sense in how it’s thrown about. In The Last of Us, Joel was just a survivor, for lack of a better word, surviving. In Days Gone there’s a massive conspiracy that a hapless biker happens to decide is his Holy Grail. It’s tied to the death of his wife, so sure, that works, but realistically as the game plays out and these characters bear themselves, the pieces simply don’t fit.

There’s volume here to explore, and I’ve already seen the Sony faithful up in arms about a game they haven’t played, largely because it’s an exclusive, but you have to give some credence to those of us that have played a significant amount of the game. Days Gone is contextually broken, its gunplay is deplorable, its ‘open-world’ premise is a joke and its narrative consistently overrides that open-world ‘design’ goal. It’s pretty, in parts, but it’s broken across the board because it’s disparate in what it wants to be, and that’s because it fails to be Days Gone. Instead it just mimics, brokenly, games already gone.