Oh, the horror: a so-called horror game that really isn’t that scary. Such is the unfortunate reality of digital-only title Daylight. Both premise and gameplay pitch are incredibly simple: you play as everywoman Sarah who comes to in a haunted asylum and wants to get the hell out of Creepsville.

Armed only with a smartphone that provides basic light (and stitches together a level map as you make your way from A to B), you feel immediately vulnerable to the whispers, footsteps and screams that sporadically occur throughout the drab and dimly lit corridors of the abandoned hospital. You can collect glowsticks and flares (capped at four apiece) to enhance illumination, but that’s as deep as it goes in terms of active defence.

Glowsticks show your own recent footsteps, which is handy for avoiding backpedalling through samey environments and identically designed rooms (a recurring theme in each level); while flares are your only defence against the procedurally appearing poltergeist nasties that stalk the corridors. There’s a simplified threat indicator in the UI, but I personally didn’t find it terribly meaningful in communicating when a nasty ghoul was nearby. 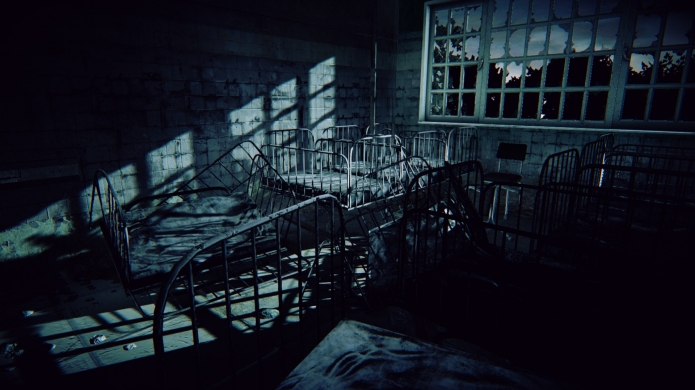 The best approach for not getting sprung and slaughtered by ghostly goons is to simply mind your surroundings. The looping scream sounds were rarely indicative of any threat, while Sarah’s verbal insistences that there was something nearby when there was nothing fast became an indicator of safety. The single-note eerie soundtrack grates more than it inspires uneasiness, and it even vanishes completely when a whole lot of nothing is happening. In short: Daylight wanders more into the darkness of tedium than creating a consistently sinister environment.

There were a couple of moments that got my heart racing, but these were of the unfortunate ‘cheap scare tactics’ variety: the combination of a loud noise with the sudden appearance of a threat. Ten seconds later when the pulse settles, boredom returns and you can prance around safe in the knowledge that you’re unlikely to see a threat again for the next few minutes.

On top of this, the dreariness is complemented by the rinse-and-repeat monotonous activities of collecting remnants (read: mostly uninteresting backstory notes scattered throughout a level) that then lead to the spawning of a sigil in an ex-patient’s room. On top of this, reading a remnant pauses the game, meaning there’s no sense of urgency when stopping to scan a note. The sigil is collected and used as a key to progress to the next level. You perform this routine in every level. 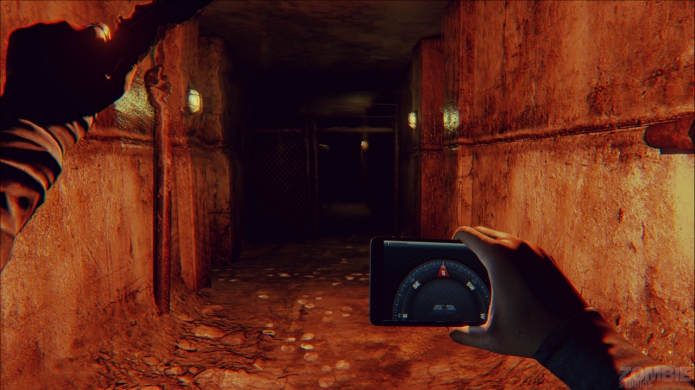 For an Unreal Engine 4-forged game, it’s not very pretty. In fact, there was very little to marvel at in terms of visual fidelity in Daylight, and it still manages to have bursts of subpar frame-rate issues. While there are pretty effects at play when freaky stuff happens, these moments are few and far between. To make matters worse, I encountered at least one game-breaking (and repeatable) bug that required a return to the local respawn screen, whereby I fell through a wall and back into a previous section only to ultimately be blocked by a locked door.

This event was frustratingly compounded by long loading times. By far, the coolest addition is the interactive Twitch feature that encourages people watching a live stream of someone playing Daylight to manufacture scares by typing in specific keywords. While Zombie Studios was unwilling to publicly release a list of these keywords, it was clear from my experience that the main ones have already been found by the community. There’s a system in place to ensure that such viewer interactions aren’t spammed, but a well-timed interjection from the chat room definitely adds to the usually drab atmosphere.

Unfortunately, this nifty feature isn’t enough to save Daylight from the darkness of its aforementioned flaws. If you scare easily, the low asking price may entice you into a purchase but, for everyone else, Daylight represents a dull and missed opportunity for effective horror.