To say that Dark Souls is simply “difficult” is possibly the understatement of 2011. After sinking quite a few hours of my life into this human misery tool, I’m quite certain the developers designed a game that only the most diehard of masochists would possibly finish it. Even the box warns you in no uncertain terms that you should start writing your virtual will. Let me elaborate.

Dark Souls is not by any means a bad game. My introduction may have sounded slightly dramatic, but this is one of those titles, like its spiritual predecessor Demon’s Souls before it, that is created purely for the die-hard gamer. DS requires patience, futility, concentration, strategy and most of all, determination to complete. There is no hand-holding, outside some basic instructions for movement and combat, and absolutely no mercy. You are given save points in the form of very sparsely scattered bonfires, where you can bring back health, but at the same time, respawns all of your enemies. 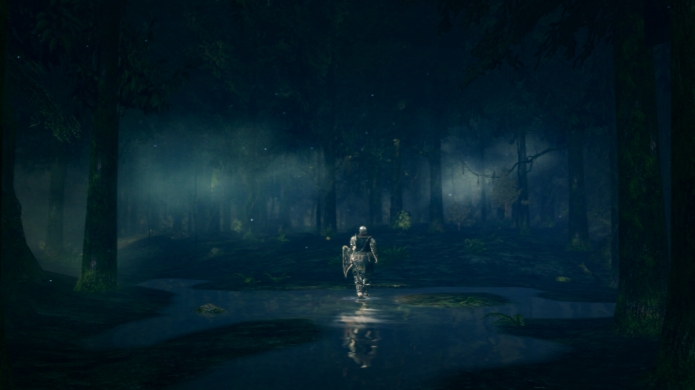 You begin the game as your chosen hero, created out of a standard pool of RPG stalwarts such as Warrior and Thief. Each class is provided with a default set of stats and beginner equipment, both of which will be upgraded (or crafted) throughout the game. After a short intro, you’re simply dropped into the shoes of your avatar, literally stumbling through the tutorial level of the game, only barely getting on your feet before you’re smashed into the ground by a sub-boss.

That first experience of death you’re likely to encounter definitely won’t be your last. The game almost banks on it; forcing you to tread carefully and methodically throughout the world that is rolled out in front of you. As you die, you will start to learn that every single movement is important and memorising enemy placements and types is imperative to surviving each section. You can’t simply sprint through each castle, mountain top or village; you aren’t as fallible as you would normally be.

Fear eventually becomes the only motivation you have to push through, as the thrill of surviving each wave of undead soldiers, or gradually finding the pattern and weak spot of the boss that has maimed you again and again, becomes your fuel. The unforgiving nature of Dark Souls is arguably its greatest strength, since each death is not unfair but wholly dependent on your actions. Should you have blocked instead of attempting to parry? Was it worth taking on the group rather than luring individual enemies to fight solo?

What makes the experience so fulfilling is the feeling of accomplishment gained for simply clearing an area. Many players will simply fail to get anywhere at all because the game does not allow you to simply grind your way through. Every methodically planned movement, sword strike, spell-cast and blocked strike is on par with an RTS rather than an RPG, and since the currency of souls resets on death, whether you are able to gain the strength needed to continue onto more difficult areas. 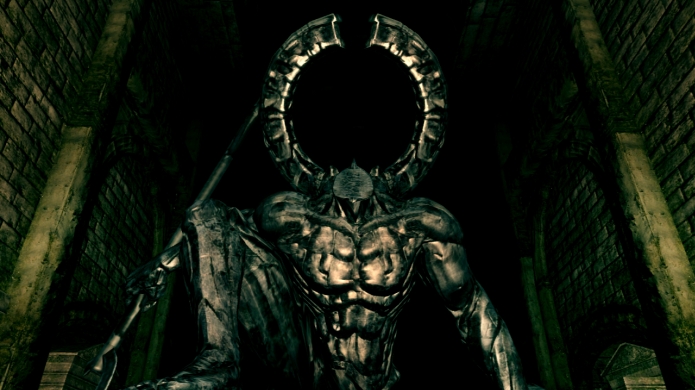 What makes things even more difficult is that once you have cleansed an area of the scourge, where to go next is even more of a mystery. There is no path-finding in this game, no map and no objectives or indicators of any sort. From Software have done a stellar job of creating a dreading sense of isolation and confusion, alongside the already depressing sense of fear and adrenaline. Even exploring a tiny old hut can prove disturbing, when anything could be standing around the next corner.

But it’s never impossible to find your next objective, since the developers have provided clues in the way of interactive hints. If a door is locked, then there must be a key somewhere. If there’s an enormous dragon you’re barely able to scratch the surface of, then it’s probably likely that you shouldn’t be taking it on just yet. It can be a blessing and a curse that other players have the ability to leave messages for you, since some of them can be grossly misleading, while others are likely to prevent you from taking an arrow in the skull. But you’ll generally find yourself relying on them to uncover items and prevent you from the odd death or seven.

Death is, if you haven’t figured it out already, a key part of the game, and it’s an onus to the developers in that it’s used so cleverly. Dying is frustrating, especially at first, but it reminds the player that in this world, like the real one, they are as fragile as any other human. Piling on buckets of heavy armour won’t protect you from being set on fire or pushed off a cliff. Taking a second to scout your surroundings and prepare yourself for anything will reward you with a larger haul of souls and the ability to level up and purchase rewards that make continuing just that little more tolerable. 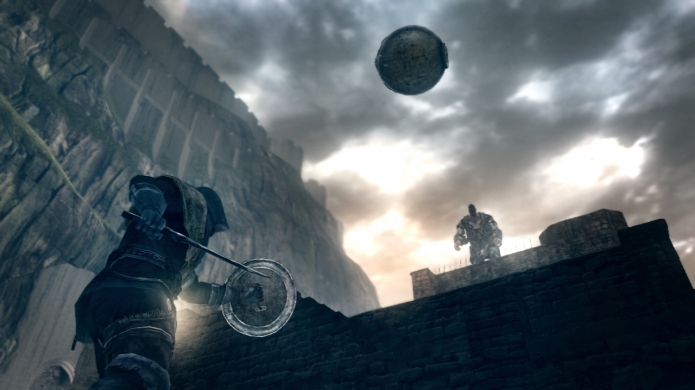 I know I haven’t elaborated on the usual suspects, like graphics, sound and story. But to be honest, none of those things matter in a game like this; sure, it looks pretty enough, sounds alright and the story is... OK, yet you’re not going to pay attention to those aspects of the title. When you’re toe to toe with a 60-foot tall giant trying to flatten you with a mallet, whether the lighting is accurate or the sound of your bones crushing is far from your mind. It’s just one of those titles you need to experience to truly understand its appeal, and to appreciate its sheer balls in taking such a massive gamble with the standard risk/reward system found in most RPGs.

DS is not for the casual gamer, since success and gratification do not come easy. It’s certainly one of the most difficult games I have ever played, but it’s clear that every single element of it has been designed meticulously to reward the cautious and clever participant. Each player will develop their own set of strategies and mechanisms to help them power through; digging deep to find the persistence and drive to make every hit count. It’s not for everyone, but if you’re looking for the gaming challenge of your life, Dark Souls is a very good place to start.