When it was first announced DAEMON X MACHINA got a lot of attention due to both its look and pedigree. A fast-paced mech action game from some of the core team behind the fan-favourite Armored Core series of games. With the title making its debut this month we've spend enough time both in and outside of our giant robot counterparts to bring you our full review. 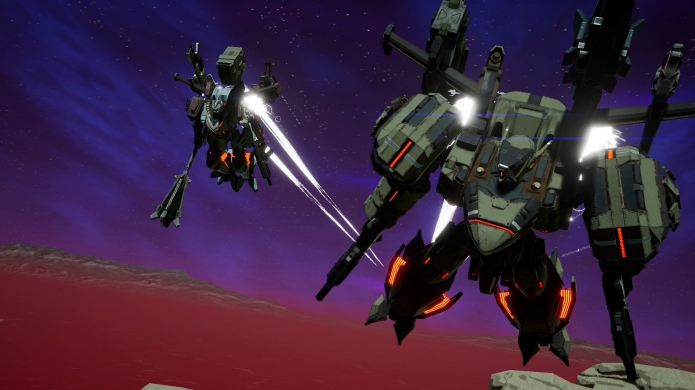 Robust, deep, and rewarding mech customisation with short-burst missions made up of fast-paced action. The sort of stuff that can initially feel like a simplified shooting gallery, but soon opens to take full advantage of all those newly salvaged missile launchers, armour pieces, and speedier robo-legs. Pilots, these being those you fly with and your own player avatar, share the stage with their mechanised counterparts. And on that front Daemon X Machina goes that extra robo-mile, with one of the best player creation tools we’ve seen in a long while. So many wonderful hairstyle and facial options worthy of an RPG.