There are moments in history that conspiracy theorists (mostly of the Ancient Alien variety) point to as proof of a higher power. Evolutionary leaps so large that beings from distant galaxies surely had a hand in humanity’s progress. From our ability to construct large triangles in the sand to big-head mode statues adorning islands in the Pacific. But there’s one leap often overlooked, and one that perhaps might have needed a little technological nudge from a few unknown inhabitants from Roswell, New Mexico. And that is, the arrival of the CD-ROM and the dawn of the Multimedia Age.

With two major next-gen consoles set to debut later in the year, one of the most talked about aspects of the PlayStation 5 and the Xbox Series X is the inclusion of fast SSD storage. Access speeds that will not only reduce load-times but also usher in a new era for visual fidelity. On the account of more data throughput resulting in more of that data falling under the graphics banner. Back in the first-half of the 1990s though, the data revolution wasn’t so much about speed as it was capacity. A lot of capacity.

Going from the 1.44 Megabytes of the Floppy Disk to the 650 Megabytes of the Compact Disc was like that scene at the end of 2001: A Space Odyssey. Something magical had happened, but as a species we couldn’t quite comprehend what that was. Like the flashing lights, pretty colours, and sudden appearance of a space baby, this giant leap in storage led to a similarly big question mark. And the beginning of what many historians (none of the Ancient Alien variety) call the Multimedia Age.

“Back in the first-half of the 1990s though, the data revolution wasn’t so much about speed as it was capacity. A lot of capacity.”


Games and software designers took one look at the shiny underbelly of the CD-ROM and decided the best way to fill up those optical megabyte-suitcases was to do so with cut-scenes, non-MIDI based audio, and computer-generated imagery. For Westwood Studios, the developer that defined the modern RTS with the excellent Dune II on Floppy Disk, it’s big multimedia debut would come in the form of a cinematic and expansive story about conflict and war. As seen in 1995’s Command & Conquer and 1996’s Command & Conquer: Red Alert. 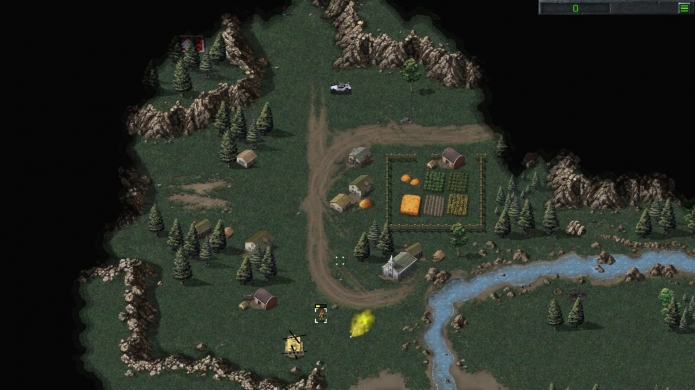 Command & Conquer Remastered Collection presents both titles as they were, with quality of life improvements and with new and impressive 4K assets (akin to the excellent work seen in both StarCraft: Remastered and Age of Empires II: Definitive Edition) - alongside fully remastered video and audio. Plus, a sizable suite of behind the scenes extras. All this talk of CD-ROMs and multimedia isn’t merely here to set the scene, but to highlight how Command & Conquer and the alternate history of Red Alert fully embraced the new CD-ROM format in the ‘90s. Which they did in a way that other RTS games didn’t, by realising right-away that addressing the player was, well, fun.

Being called “Commander” and seeing green-screened actors explaining the situation via hammy and over-the-top performances (especially in the case of Brotherhood of Nod leader Kane) accounted for a lot of Command & Conquer’s appeal. The b-movie setup found in the original games would go on to become something many associate with the series to this day. And for those with memories of CD-ROM-era strategy, firing up either of these classic C&C titles in 2020 is an exercise in pure joy.

A side of the experience celebrated wholeheartedly by this remaster with the developers at Petroglyph Games (a studio that includes veterans from Westwood Studios) going as far as to recreate and remake the CD-ROM and early PC gaming installation process found in both releases. This time though the animated graphs and sliders go over enhanced visuals and bypassing Sound Blasters for true ‘High Definition’ audio.

“For those with memories of CD-ROM-era strategy, firing up either of these classic C&C titles in 2020 is an exercise in pure joy.”


The first objective when you fire up your first mission is to press the space-bar to enhance the visuals. Very cool.

To put it in simple terms, Command & Conquer Remastered Collection is one of the most impressive and loving remaster efforts we’ve seen to date. Not only does it include the first two Command & Conquer games, there’s also the official add-ons and even missions created specifically for the console releases. We’re talking over 100 scripted story missions plus hundreds more multiplayer maps where you can go head-to-head against human and AI commanders. 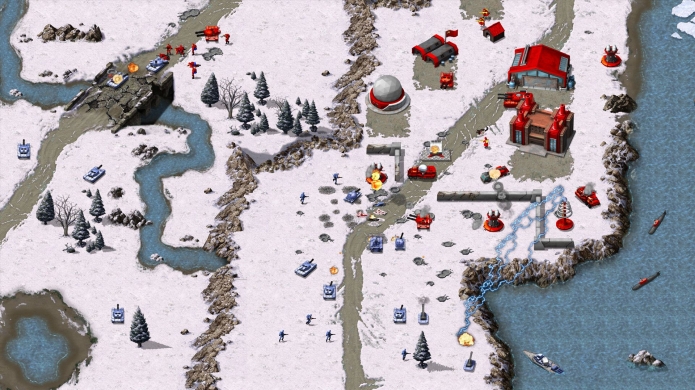 But, there’s a catch. As smile inducing as watching either the Command & Conquer or Red Alert intro can be (AI upscaled but still very lo-fi), the core single-player experience across both has aged. A lot more than some of C&C’s RTS peers from back in the day. After not playing the original for, well, at least a decade it was surprising to learn that both unit selection and movement was handled by the left-click on the mouse. Also, the fact that for the most part your units will sit there and get shot at unless you command them to attack. And when you couple this micromanagement with strategy that can see entire armies decimated and replenished in a matter of minutes, it’s no wonder the multiplayer side of the series remains its most fun and rewarding aspect. On that note the quality of life improvement that lets you queue up unit construction is a wonderful addition.

Of the two, 1996’s Command & Conquer: Red Alert fares a lot better in the single-player stakes. Partly because the whole alternate timeline involving the rise of the Soviet Union thanks to Einstein doing the old time-travel deal to kill Hitler is pure camp. Mostly though, it comes down to the mission design here being more varied and engaging. Though, still a little dated. You can switch to a more modern control scheme that makes use of the right-click, but there’s still an unforgiving and trial-and-error streak found throughout the campaign missions. One that feels out of step with the strategic side of the wider genre and the progress made. Of course, that’s something that took developers many years to perfect and iterate on, but also something that means the Command & Conquer Remastered Collection is a new look at two somewhat dated RTS classics. 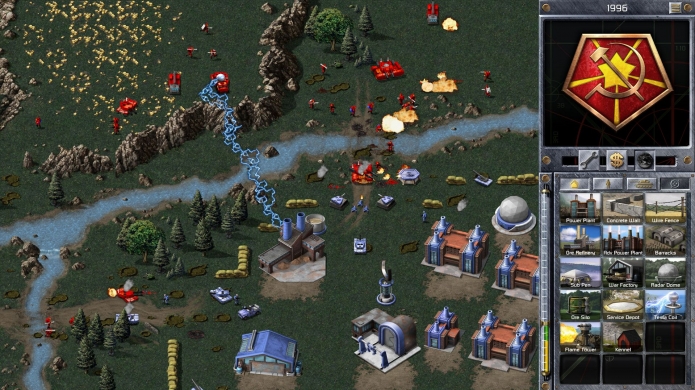 In the end there is inherent value in a release like this, particularly from a preservation standpoint. And truth be told, playing through each campaign on the easier difficulty settings allows for the enjoyment of often cheesy but ultimately engaging b-movie stories being told to take centre-stage. A common misconception even now is that as a series Command & Conquer was an attempt to recreate the Hollywood-style action blockbuster.

“As smile inducing as watching either the Command & Conquer or Red Alert intro can be (AI upscaled but still very lo-fi), the core single-player experience across both has aged.”


Outside of the use of real-actors instead of digital counterparts, it did a lot more than that. It used the additional storage of the CD-ROM to create true immersive interactivity – from branching mission selection to addressing players as leaders to positioning you as a key player in the sort of virtual warfare that only an RTS could deliver. A true Multimedia Age pioneer the Command & Conquer Remastered Collection might feature a dated and creaky core, but the package is ultimately triumphant. And that’s the truth. From God, to Kane, to Seth, to you.
Latest Comments
Link