There are certain games that, by the sheer precipice of their design, enthral you with various possibilities. These titles are usually very developer hype heavy, with heaps of exciting gameplay demonstrations, amazing detailed screenshots and revolutionary new engines. CitiesXL 2012 is, or should I say was, one of those games.

Cities XL originally released back in 2009 to a relatively muted response. What was an incredibly ambitious project, involving taking the concept of Sim City to a global scale, failed spectacularly after the developers chose to make players pay a subscription fee for what was essentially the core aspect of the game – its trading functions. These functions effectively allowed you to connect your city to any other in the world, enabling you to customise the output (whether power, food, fuel etc) and become part of an essential ecosystem of trading.

This system, while impressive, was seriously flawed in its inability to manage when the player base was low, as it was when the game launched. A backup system of AI based trading was completely broken and made it all but impossible to expand or grow your cities when you did not have access to certain essential elements, such as food or electricity. Even the public transport system required links to other cities and didn’t effectively function as a feature, to the bemusement of city-sim stalwarts. 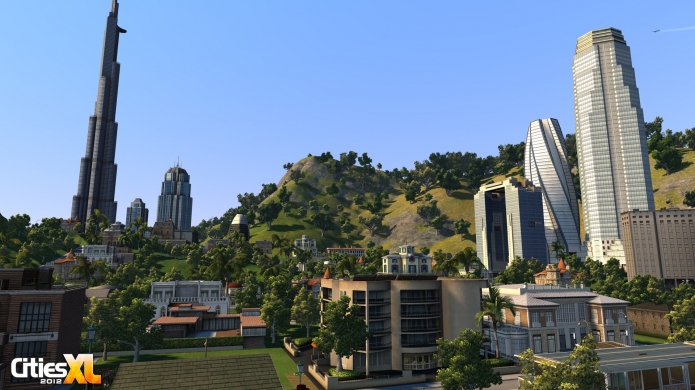 The reason I bring up an older version in a review of a new title is that, in all matter of the words, 2012 is the original with some minor tweaks and additions. The multiplayer element has been completely stripped out, and elements such as tax, public transport and trading have been completely overhauled. Unfortunately for the new developers, Focus Home Interactive, simply taking a property that was based around an MMO system and making it singleplayer focused doesn’t solve any problems, it just creates new ones.

But, firstly, credit where credit is due. The amazing sandbox that existed in the original edition is still there, and the UI has been given a much needed overhaul. Selecting new zoning types, gauging the mood of your demanding populace and checking traffic patterns can all be done in less than 3 clicks, making for a much faster and simpler play. The complexity hasn’t been lost either, with everything from jobs, to housing, leisure and education needs all requiring that micromanaged touch.

The engine has to be one of the best designed yet in the genre and everything from complex highway systems to enormous bridges and tunnels are just a matter of click and drag. Buildings are not bought in Cities but are developed by “zoning” squares which automatically form once certain pre-requisites (such as available road access and people to inhabit them) exist. Once established, everything seems to take on a life of its own, growing and changing as your city grows and evolves.

Things can get quite hectic as you fight to balance the growth of your city with the needs of the existing population. New inhabitants need housing and jobs, while your existing citizenry cry for better policing, activities and complain about your terrible road system. On more than one occasion I found myself bulldozing whole neighbourhoods to completely re-design a road network I had given almost zero foresight to. 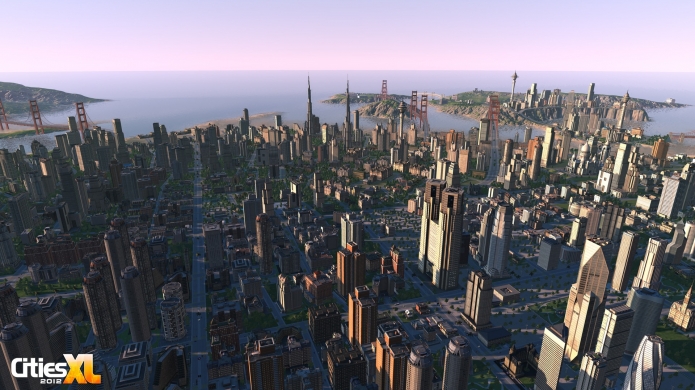 The welcome changes to tax provide a much needed level of control over your income, and the addition of a working bus network provides some relevancy to real-world situations. That said, you’ll be almost overcome with frustration trying to manage the finicky and arbitrary “rules” around road spacing before the game grants you access to bus routes. What right minded person would build a new city in this century without buses and trains from the get go?

Sadly, it’s from this point where everything starts to fall down by putting obtuse obstacles in your path. As if you don’t have enough motivation to continue anyway, the game floods you with ridiculous milestones that range from the obvious (10000 citizens!) to the idiotic (you’re in deficit!). You can’t get access to things like freeways, trains and buses until the game considers you experienced enough to deal with them. Then when it does grant them, it doesn’t tell you how to use them effectively.

Strangely, though, you do have access to the powerful bridge builder at the beginning of the game, but it doesn’t give you any advice on how to take advantage of them. That said, by the time they are useful, you won’t have any available space to manage them effectively and will end up doing one of the various “mass bulldozes” that are inevitable due to poor planning on the games’ lack of proper progression mechanics.

Eventually, Cities will decide that it will unlock the various citizenry “demands” for fuel/food and so on, that used to centre on the online trading functions of the original game. But since there is no longer an online system, you’re then tasked to create various OTHER cities yourself to facilitate those demands. Sure, you can sometimes extract some oil or generate some power yourself, but good luck finding land to farm on the same map.

So after 6-7 hours of play, you’re left with a stark choice. Either abandon the city you’ve invested to much time in to go and create another city and start all over again, or find a map type that facilitates *all* of the various essentials that make up modern life and give it another go. Both choices leave pretty bad tastes in my mouth; you shouldn’t be expected to abandon your city, in order to create another city, to support the original city you started. I’m sorry Focus, but that’s not a good enough replacement.

When it comes down to it, Cities XL 2012 is even less of a complete title than its predecessor was. When the removal of a core gameplay feature isn’t replaced with an effective replacement, what you’re left with is a broken game. No effort has been taken to bring C:XL to “2012” standards in the way of a graphics overhaul, and it still runs like a dog with 3 legs to boot.

So, with great respect to fantastic sandbox that’s hidden under all of the various bugs, glitches and broken feature mechanics, it’s hard to recommend this one to anyone who doesn’t have a (very) strong urge to build their own metropolis.
Latest Comments
Link