About a year or so ago 11 Bit Studios published Moonlighter, which presented a top-down action-RPG with rogue-lite elements, retro-inspired art direction, and wonderful animation. The hook, or difference compared to other games where one might use money or materials to upgrade equipment or to spend on attributes like more health and more damage capabilities between runs, was that Moonlighter put you in the role of a shopkeeper.

And so, delving into dungeons was partly done to clear them of monsters and take out a big boss or threat – but mainly, to get rare and lucrative stock to fill up your store shelves and then sell that onto customers for a premium or discount. 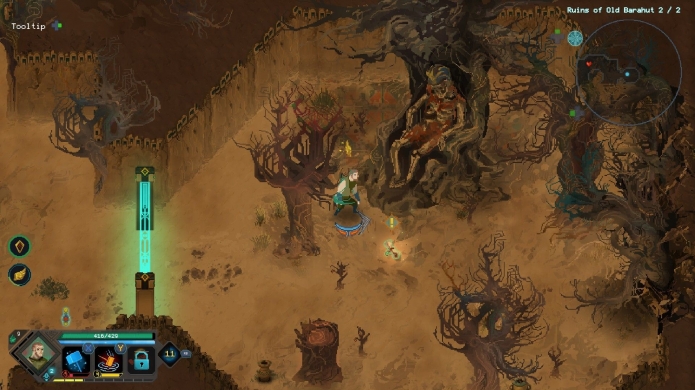 Children of Morta, also published by 11 Bit Studios, presents a similarly top-down action-RPG with rogue-lite elements, retro-inspired pixel art, and immersive art direction and animation. But, like with Moonlighter before it, Children of Morta takes a different approach. The similar setup of failing, upgrading, retrying, and replaying dungeons, slowly growing in power thanks to upgrades is here, but in the guise of a story-driven party-based RPG. With combat and character progression that feels more in line with Blizzard’s Diablo than it does Moonlighter’s riff on classic The Legend of Zelda.

“The familiar setup of failing, upgrading, retrying, and replaying dungeons, slowly growing in power thanks to upgrades is here, but in the guise of a story-driven party-based RPG.”


The story, as told in short bursts by a gravely-voiced narrator presents a world overrun by corruption. The dark, purple, menacingly liquid kind found in many a classic RPG. Either played alone or in co-op you take on the role of one of the Bergson clan, a family of adventurers that live in a rather large house that conveniently sits on top the sort of basement meets cavernous ritual chamber that houses portals to various dungeon locales. 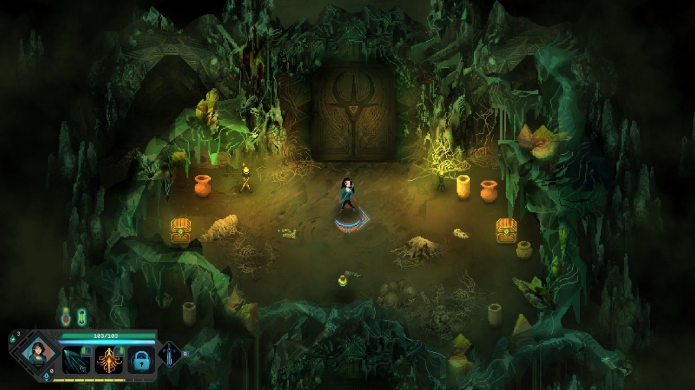 There’s an overarching goal, to collect three ancient seals or essences or what have you, to take on the corrupted Mountain God – but Children of Morta’s strength lies in the familial bond and the storybook interludes between each run that ties into exploration. As time goes on more and more members of the Bergson clan become playable, sharing attributes but each having their own playstyle, feel, progression, and skills to unlock. With each member taking on a traditional RPG class like Mage, Barbarian, Thief, or Hunter there’s commendable variety on offer that nails things like movement speed, strength, and agility.

Based on damage taken and enemy design, early on the ranged Bergson members do feel far more useful in clearing dungeons though, with the quicker melee characters proving to be more powerful in the latter stages of the adventure. There’s some luck here too, especially in the runes and special attacks found in-game – find the right combination and a boss battle can quickly go from challenging to a breeze. 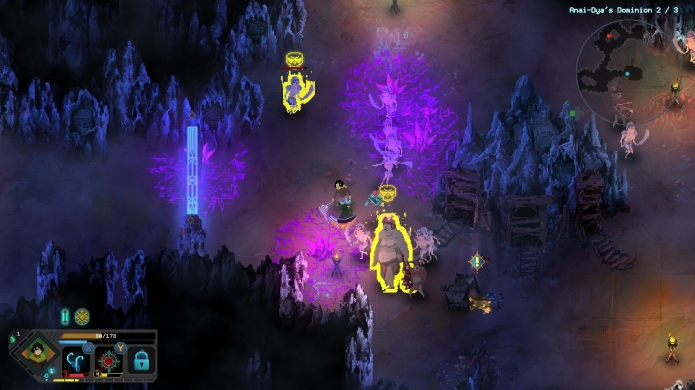 With corruption levels you are forced to switch thing up, and this is welcome – as passive ability unlocks apply to all family members. And the combat feel is exceptional across each class, often revealing nuances after multiple uses. Familial relationships grow and change over time in the narrative space too, and discoveries like a wounded wolf cub add incentive and reason to revisit places you’ve been before. In this case, an in-dungeon event that becomes a side quest of sorts that sees the Bergson clan searching for certain ingredients to treat the injured animal.

“Either played alone or in co-op you take on the role of one of the Bergson clan, a family of adventurers that live in a rather large house that conveniently sits on top the sort of basement meets cavernous ritual chamber that houses portals to various dungeon locales.”


Dungeons gradually increase in difficulty and challenge as is expected of a rogue-like, offering more in the way of resources used to upgrade abilities too. New pathways and events appear and occur frequently, and with the multi-floor designs not erring on the side of large – a conservative take-your-time run lasts roughly 30 minutes. 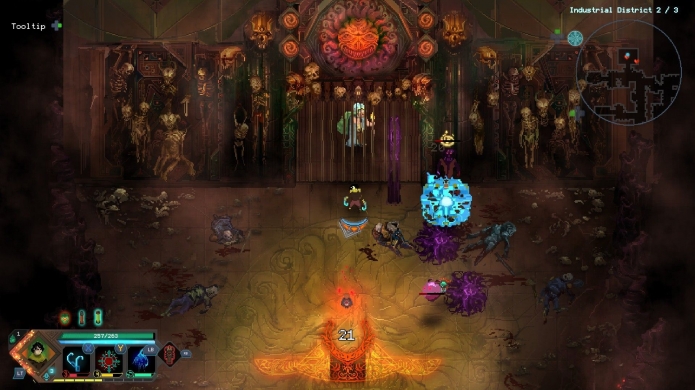 As a fan of the rogue-like and rogue-lite, which sees overall difficulty take a back seat to perpetual success and progression, in the end it’s this aspect of Children of Morta that felt a little off. Slightly padded, with very little in the way of challenge. Not that you’d beat it all in a single run, the story might have worked better with a more measured or even scripted approach. A sentiment that applies to the high-level skills and abilities, which aren’t necessary when the challenge doesn’t quite reach that level or requirement. Making this aspect a grind in the most game-y sense of the term.

Perhaps the area where Children of Morta stands out the most is with the intricate art and the storybook narrative; the high-resolution landscapes and environment look fantastic at multiple distance levels. As do the creatures, characters, bosses, and other animated contraptions. Although this review has used the word dungeon countless times, each new location has a distinct feel all its own. In the end the focus on story, and the bond between family members, shines through – giving Children of Morta a sense of intimate to match the grand.
Latest Comments
No comments currently exist. Be the first to comment!
Commenting has been locked for this item.
Follow Us
Latest Reviews
More...
News Feed
Advertisement
Latest Threads
Log In
Create Account | Lost your password?