Only the brave will push through to the end of this JRPG production line joint. It’s not that it’s all bad, it’s just that like so many other JRPG outings, a silly name and a minor twist on turn-based combat aren’t enough to make this splash in any meaningful way. To amplify the metaphor, JRPG lovers are the pond, and almost all trope-laden Samey McSame amnesia driven world-saving team trust exercises -- or, normalised JRPGs -- are rain droplets. Each causing the same size ripples; no major splashes here, nor there, and thus no changes to an ecosystem unlovingly stuck in time.

If you love a traditional JRPG formula; small ripples to ride in an overcrowded pond bereft of breakout creativity, Bravely Default II will sooth that sickly itch that likely irritates you on the reg, like so much camomile lotion. It’s full of what you expect -- a lengthy tutorial that serves as almost one-third of the whole game, a straightforward yet alarmingly complicated plot with phoned-in character and personality archetypes and stereotypes (the Aussie-voiced baddie, Dag, is particularly nauseating and might as well have been called Strewth, Bogan, Larrikin, Drongo, Flamin’ Galah, Two-Bob Piece or Hemsworth, he’s so on-the-nose). And a main character who washes ashore amidst a tumultuous time in a kingdom he knows nothing about, let alone the nuance of what could well be a complicated political system he’s unknowingly disrupting through support of the wrong party.

But hey, at least you’ll have jobs to choose from. 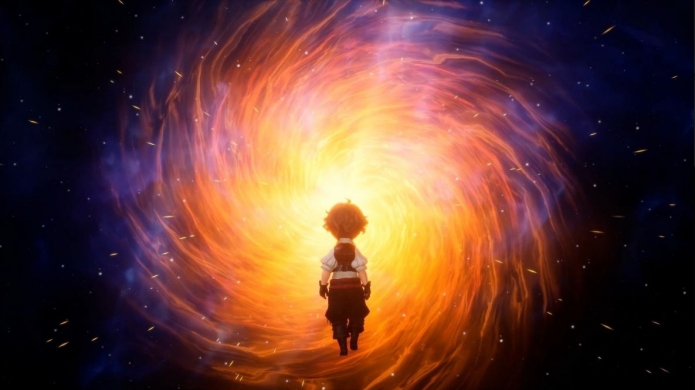 One of the handful of ‘differentials’ this series attempts to throw into that pond for a bigger splash is the game’s job system. This is effectively a doled-out class setup where you assign main jobs and sub jobs (roles) to yourself and your team. Each assignment alters stats, abilities and items, which in turn (heh) shifts your approach to how each encounter is handled, especially on the larger scale. For example, a freelancer will begin the game off in the early throes as having the ability to Examine a baddie, use an item, or maybe Forage for something mid-turn (which may wind up being helpful in a clinch). As you level up and progress, new jobs open up, but it’s not a tacked-on system, choosing jobs changes the game’s makeup and that of your party, so simply unlocking a new job doesn’t necessarily mean you assign someone to it.

"Which, by the way, isn’t necessary here to get the most out of this, that’s strictly for the diehard weebers out there...”


The other difference, for those who never played the first outing (which, by the way, isn’t necessary here to get the most out of this, that’s strictly for the diehard weebers out there), is obviously the Brave and Default system within combat. Here’s a quick breakdown of how it works.

Default -- Take a defensive stance and absorb attacks to gain BP (or, “Brave Points”, natch), which adds extra action(s) to your Brave option. So you can build and stack if you’re patient and tactically proficient in turn-based systems. However, you can also overspend actions, which can mean missing a turn if you’re out of BitPoin and the enemy is still standing. But smart players will go all in when they know overspending won’t result in a net negative. It’s a fun system to wrap your head around, but it’s not an incredibly massive departure in a combat setup that still errs on the side of familiar.

Brave -- Add extra actions to your turn, but these need not be offensive choices. If you’re low on MP, for example, but have zero BP, but know the enemy is susceptible to Blizzard and will cark it on the next Black Magic attack, get some BP on tick, dig into your item pouch for action one and regain some MP, then unleash Blizzard and clear the impediment. If the battle’s over after that move, that borrowed BP from earlier, well it hasn’t defaulted, and is now lost to a Bank Error in your Favour. Well done.

”Enemies react to your power level though, so you’re not always forced into an encounter, and there are side missions outside of the main narrative and the game’s overabundance of encounter opportunities, but it’s not driven wholly by player agency...”


But make no mistake, you will be putting your team to work with all of the above, as the term “grind” feels almost too generous here. I honestly hope you’ve got some professional gaming gloves to combat the callouses coming your way. Enemies react to your power level though, so you’re not always forced into an encounter, and there are side missions outside of the main narrative and the game’s overabundance of encounter opportunities, but it’s not driven wholly by player agency, and you’ll more often than not find yourself at the mercy of the game’s directed cadence, repetition and entirely redundant ‘decision-making’.

And so with that in mind, that other JRPG staple; chibi-overworld, in-detail townships and dungeons, makes up most of the game’s stomping grounds, though delivered as mentioned above -- in developer-directed form. You can at least see enemies in all fields of play, so there’s no random encounters, but the game generates a lot of monsters as alluded to above, even in the early game. This is clearly a design decision to facilitate grinding, even for those of us who take the term as literally as it’s intended and attempt to avoid it at all costs.

So what’s the hook here? To be honest, not a lot. The overall narrative is as tired as the foundation of the game-type. Crystals, light and dark, team-building and leveling up. Honestly, if it wasn’t for the irreverent nature of the game’s ‘tutorial’ text, it would have been hard to push on enough to get to a place where it felt the game had plateaued. There’s a tongue-in-cheek tone delivered throughout from the developers which is at absolute odds with the character and game-world writing. Either the localisation team just ran with their fun-gut, or Squeenix was happy to lighten the mood some. I mean, the game is called “Bravely Default”, so you’d have to hope someone, somewhere in the higher-ups has a pretty loose sense of humour.

The problem though, is even the lighter, more engaging parts of the game are a grind. The macro and micro don’t reflect a sprawling journey of growth and discovery, and the game’s story doesn’t give you any want to learn any one character’s fate, or fates. The hardcore JRPG lovers looking for meaty Switch representation will froth over this, but as a new entry in the field, Bravely Default II only displays acid rain level nostalgia. It’s the dinosaur they just added feathers to, to make it seem like something new, but really, it’s all the same skeletal system we’ve known and studied already for so long.