I'm going to get right to the point I know most of our readers want to know about: Is Borderlands a solid co-operative experience? And, how does the single-player hold up? Well, to be honest as a multiplayer online (and local) co-op affair, Borderlands is near flawless in what it delivers. Level design, mission variety and impediments (in the form of bad-guys) all cater, procedurally, to your party's level, skill and size. The more people you have in your party, the greater the number of enemies; the variety of which will shift dynamically based on your party's overall strength. It means a Level 6 player can still trump through areas with a level 20 and not get immediately owned by the game (but it's pretty tough and I recommend not doing it, and the higher level guys really need to be nice).

From the single-player perspective, Borderlands is still just as fun, but maybe not nearly as compelling. I knocked up somewhere around 10+ hours playing through the game's first area, the Arid Badlands, soloing the whole thing, and while there was more than enough to keep me playing, it was the voracious multiplayer that really upped the ante.

For anyone who hasn't paid a great deal of attention to the game, Borderlands is a four-player online co-op experience that marries first-person shooters with RPGs. You have four classes to choose from, which you can then change, on an RPG level, in terms of skills (through a skill-tree), attributes and weapons. The latter is one of the game's strongest points, and something I'll get to shortly, but in the meantime, know that you can level any one of the four classes up (represented by a single character style - there's no character creation system here), and that your ultimate goal is to find a hidden vault supposedly full of alien treasure and technology. 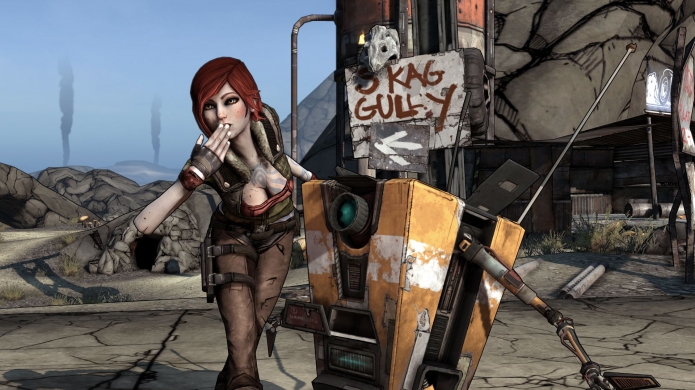 If it seems like I've skimmed the game's story a bit, it's because the game itself does that too. There's narrative here, to be sure, but it's a bare-bones affair with not a lot of effort thrown in. What you get in place of, say, a Fallout 3 delivery of in-depth mission-by-mission story, is a tiny bit of witty text in preface to whatever it is you're tasked with doing. It's a lot like World of WarCraft in this sense, and keeps things moving quickly and seamlessly, with no need to hang up on cut-scenes or expanded lore.

But that in itself leaves the game's single-player immediately lacking. When there are four of you, which is definitely often going to be you and three other people you don't know, story isn't the be all and end all of the experience. The drive then is exploring, killing, healing and looting. That's it. And in this idea, Borderlands is one of the most solid social gaming instances ever crafted. But as I've discovered thus far, it's most enjoyable with friends, which in itself is one of the game's shortcomings as well.

Because there's so much World of WarCraft gameplay reference throughout, Gearbox seem to have already bitten off more than they can chew. The idea here is you can pretty much take your character in any leveling direction you like (though this isn't all that free-form), which also means you can create multiple characters with different skill-sets. But where World of WarCraft offers character building and mission variety (in that you can start an Alliance or Horde character, which immediately offers new areas to start grinding your early levels in), Borderlands will have you performing the same missions over and over again, regardless of your character choice. In this sense, it's immediately a flawed experience, because it takes a long time to get out of the game's first area, Arid Badlands, making it less-than-compelling to branch beyond your first (or second) character. 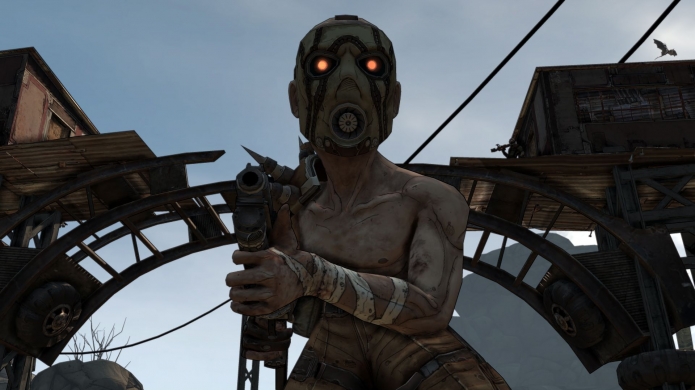 That being said, you're still going to be slogging it out with your initial character either in a team, or solo, for quite a while, and so the game's first run through is an exciting adventure replete with excellent missions and grind quests, and plenty of tasty eye-candy.

In case you missed it, the game went through a major transformation a little while ago with Gearbox dropping a more realistic visual template for a hyper-real cel-shaded/comic book inspired overhaul. The end result is a stunning game, that somehow never fails to please the eye, despite being set around incredibly arid landscapes. Character design is great and the game oozes style in terms of its presentation. The intro video alone with its catchy song and inspired introduction to the game's characters will have you chomping at the bit to get into it. Equally, the game's audio presentation is just as good, with some excellent Cowboy Bebop/Battlestar Galactica-inspired tunes filling the background atmosphere, while the actual sound effects throughout, from weapon fire to voices, screams and monster growls - all work perfectly.

But amidst all this, I can't stress enough how much the game itself reflects the arid setting of things. NPCs, for example, are lifeless figures, never moving and only positioned to give you missions. They don't interact with you and aren't even properly voiced. For all intents and purposes they may as well be mannequins. Elements like this show missed opportunities for deeper engagement with Borderlands, and it's a shame because the ultimate foundation here is really tantalising. 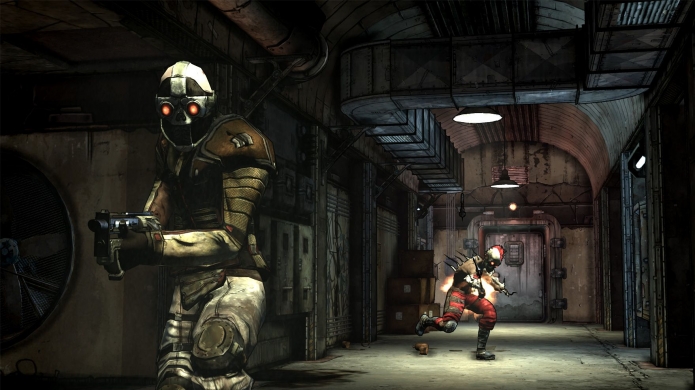 Speaking of tantalising though, the most compelling thing here is in the myriad weapons on offer. The game works off a procedural weapon creation system that allows for literally millions upon millions of weapon customisations. You can ultimately craft a very unique play-style with the weapons alone, and some of them are the most creative I've ever seen. You can also find augmentations for what's on offer, such as the Longbow upgrade for Grenades. Basically with this beauty, you can use a sniper rifle from far away, look through the scope at an enemy and throw your grenade which then teleports the distance and, depending on your scope aim, right into the face of the bad-guys. Another cool update allowed for me to throw life-sucking grenades that would tear HP off the enemy and fill me up. Excellent for when you're surrounded by the enemy and your shields are strikingly low.

Character customisation comes in the form of equipping various weapons (for the first part of the game you can only hot-link three weapons) and shields. As mentioned above, you can augment things such as grenades to whatever you desire/find, and the game offers up plenty of exploration and looting. You can sell weapons, and each time you go up a few levels, you'll be able to carry more and more in your backpack. It's actually really daunting when you find weapon chests, because most of the game's weapons are super cool, leaving you wanting to not ignore anything you find, even from a selling point-of-view. It's hard to realise you're invariably going to find cooler weapons the deeper into the game you go, because nothing like this (beyond WoW or Diablo) has ever existed.

Speaking of the RPG references, it's also important to point out the game isn't based on RPG battle rules. There's no roll of the dice here (ala Fallout 3); as it's entirely skill-based - something FPS veterans will definitely eat up. In this sense, anyone who plays FPS readily, but hasn't really dabbled in RPGs is likely to find value in the learning experience. Moreover, it works in the reverse as well, where RPG veterans may find value in becoming skilled at shooting. 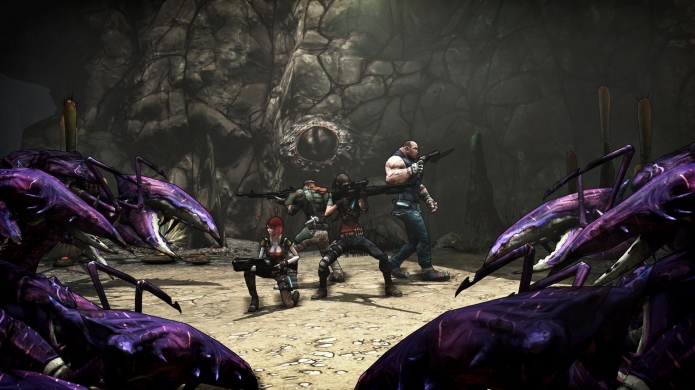 Weapons throughout are utterly pleasing, and you'll be hard-pressed not finding an immediate favourite from the outset.

But herein lies the game's biggest problem. There's so much cool stuff on offer here, it's really unfortunate there's not enough drive on a single-player level to keep you grinding to the bitter end (just a bigger focus on lore and story-telling would help it along heaps), and from a multiplayer level, I find it hard to believe people are going to create more than one or two characters because of the same 'ol grind from the game's outset. Thankfully it looks as though Gearbox have plenty of options for continued support with the recent announcement of DLC coming later this year, so here's hoping a bigger chunk of variety finds its way into the game.

As far as crafting an all-new experience marrying two very different genres, Gearbox have definitely succeeded, they just need to focus on a few key areas to create the ultimate benchmark for the newly made "Role-Playing Shooter".