Is there some unwritten rule, codex or handbook, or set of commandments from the god of developers on high that states any video game tie-in associated with a movie release must be birthed from and lathered in crap? Seriously. Take a moment and think back to the last time you played one of these titles and were impressed that it wasn’t as bad as you expected? Hell. Think back and remember one that was decent. It’s OK. I’ll wait. The answer to that riddle is never and Battleship isn’t the title to break with this long and established tradition.

Developer Double Helix Games is no stranger to this genre having already shipped the highly forgettable G.I. Joe: The Rise of Cobra and Green Lantern: Rise of the Manhunters movie/video game crossovers, with both fading into obscurity almost immediately. There’s just nothing all that memorable about these releases. The key word is generic.

In Battleship you play generic explosives removal expert Cole Mathis, who appears to be one of only several dozen soldiers on the ground to repel this alien invasion. Moving through the Hawaiian Islands you’ll be battling generic enemies with your generic set of weapons as you’re greeted with generic level designs and generic graphics. Are you starting to sense a trend here? 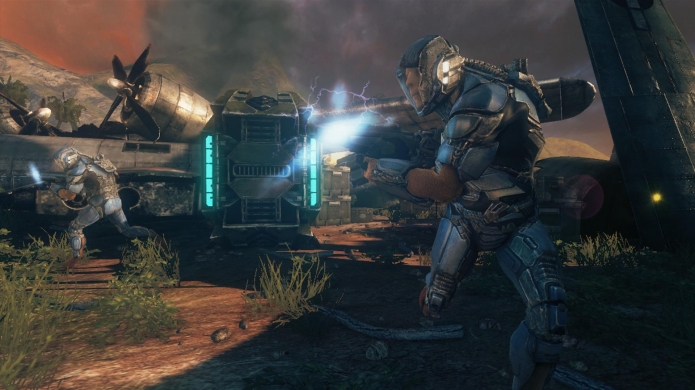 Given the publisher is Activision, the home of all things first-person shootery, you’d think maybe Double Helix Games could have gotten a few tips from Infinity Ward or Treyarch. They could have even just slapped a coat of alien invasion paint on it and renamed it Call of Duty: Naval Warfare – Rihanna edition (complete with unlockable and unbeatable Chris Brown skin), but sadly that’s not the case here.

The weaponry at your disposal is of the stock standard variety - pistol, shotgun, carbine, C4 and grenades with some highly unwieldy alien tech that you’ll avoid using unless absolutely necessary. The aliens you fight come in three or four different types and aren’t all that smart at all. As a laugh on several occasions I stood right next to one who seemed completely oblivious that I even existed as I mowed down his brothers in arms.

With no multiplayer to speak of there’s not a lot of depth to this puppy and it doesn’t really offer much in terms of replayability except for trophy/achievement hunters. However, it does have a decent RTS element to it. As you combat the alien hordes on the ground you’ll be able to direct various submarines and battleships to intercept alien vessels and destroy them, mimicking to an extent the original board-game inspiration.

You can use them to target specific ships and if you position them close enough to shore you can even use them as support for your land based sorties. You’ll be constantly switching between FPS and RTS modes with audio updates of the war waged on the high seas as you’re micromanaging each vessel. “Wildcards”, collectable buffs from downed alien foot soldiers, can be used to buff your fleet and enhance its abilities. 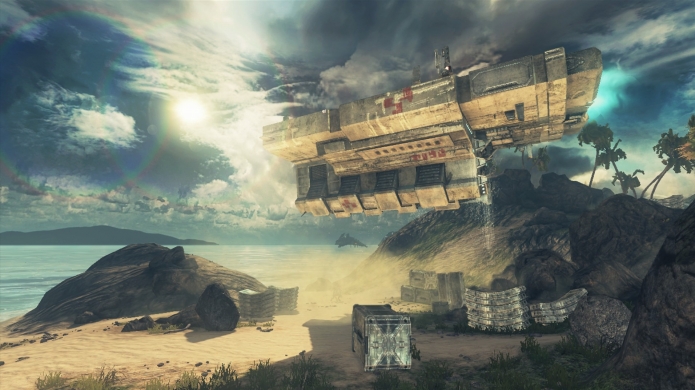 These range from increased firepower, to repairs, to greater radar range and you can even take direct control of their guns and blow them alien sonsobitches back to where they came from. This was a really nice touch and a more even balance between land and sea battles could have made Battleship a much more memorable experience than it was.

This is not going to set the gaming world on fire by any means but if you’re a sucker for movie tie-ins, have reasonable to low FPS expectations and don’t mind some light RTS antics, Battleship is a decent enough distraction for a handful of hours or so.
Latest Comments
Link