Like television seasons that are binge-watched over the course of single weekend, Telltale titles tend to benefit from a similar finite amount of play-time. A couple of days or so, where you have an entire seasons worth of episodes to go through. That’s not to say that playing through each episode one at a time as they’re released is the wrong way to go about it, it’s not. It’s just that story-wise, it’s easier to keep track of all the characters and threads when you can tackle an episode every other day. Or at the very least, have them all ready to go at the press of a button.

With a new installment released each month throughout the latter half of 2016, Telltale concluded the first season of its highly-anticipated Batman – The Telltale Series in December. And so, just like the argument for mass-consumption in the opening paragraph of this review, we played through the entire game over the course of a single weekend. Yeah, we binged. 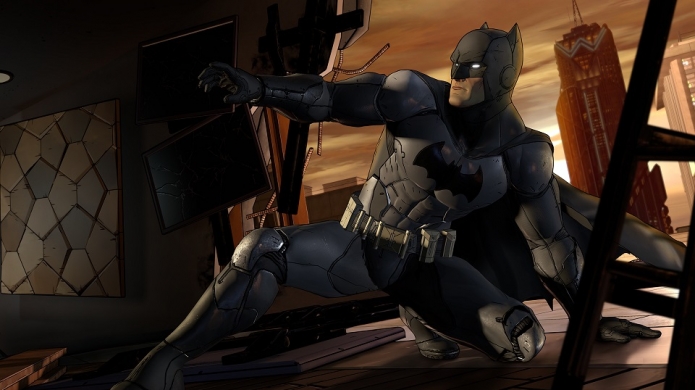 Thanks to the studio’s now well-known formula we knew going in that this version of video game Batman would be part interactive movie, part choose your own adventure, and part classic point-and-click. An experience structured similarly to other Telltale titles like The Walking Dead, Borderlands, and Game of Thrones. Make no mistake, playing through Batman – The Telltale Series is an experience closer to watching the ‘90s Batman animated series than it is playing something like Rocksteady’s excellent Arkham trilogy of Batman games. If you’re a fan of those titles, the contrast not only in how the action is presented but in the overall artistic direction is immediately apparent.

The real question we had going in though related to how the studio would handle such a well-known, and well-worn, character like Batman. By now we all know the origin story of the caped crusader and rich kid turned playboy Bruce Wayne. His parents were killed during a back-alley robbery turned bad, and consequently this led him on a path where he would use his wealth to become a feared, and masked, vigilante. In the eyes of criminals that is. As Batman, Bruce Wayne opts to do good, only physically harming criminals when they decide to fight back. In a city filled with corruption, Batman is a beacon of hope. Etc. etc. You know the drill, Batman good guy. Criminals bad.

The first episode suffers a bit from this overall popularity of Batman, and the fact that its world is one that comic book and video game fans alike know all too well. Oh hey, it’s Alfred, Carmine Falcone, Harvey Dent, Selina Kyle, Oswald Cobblepot, Vicki Vale, and so on. But, thanks to the freedom that Warner Bros. has given Telltale, characters, back-stories, and everything else are presented in a way we haven’t seen before. And it’s only when a major revelation is made during the closing moments of the first episode, something that provides a new spin on the Batman character, that the series begins to hit its stride. 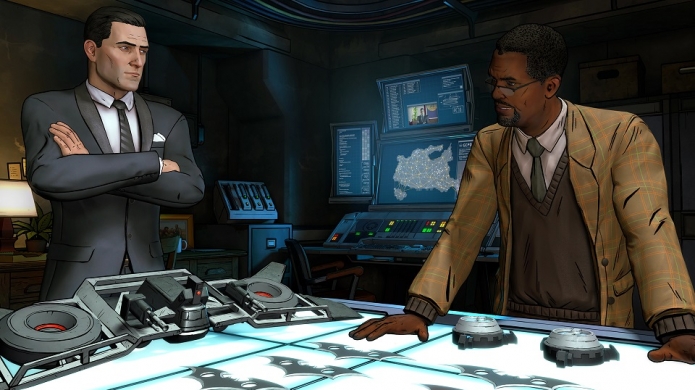 But, perhaps the most intriguing aspect of Batman – The Telltale Series, is how it puts as much focus on Bruce Wayne as Bruce Wayne as it does Bruce Wayne as Batman. It even goes as far as offering up scenarios and situations where you are given the choice to tackle them as either Bruce or Bats. The differences between two approaches may seem quite drastic and binary at first, but thanks to the character development and choices you make throughout each episode as the series progresses your inclination one way or the other will feel entirely natural. With the result being “Of course I’m going as Batman” or “Of course I’m going as Bruce Wayne.”

Player choice with real consequence is a tricky thing to pull off, especially when the consequences correlate with the overall shape and direction of the narrative. Telltale Games are known for the narrative and relationship choices they provide players in their games, it’s one of the main reasons that the studio’s first foray into this interactive movie-like setup was a huge success. That title in question, The Walking Dead, felt like a revelation. Adventure games in the traditional point-and-click sense often aspired to be like movies or novels or even comics, and here was a game that stripped the experience down to the raw elements that served the story it was trying to tell.

Batman fits into the mold well enough for it be called a success, but there’s a few instances where the various stories, characters, and motivations feel like one step too many. Batman – The Telltale Series features two main villains, a handful of lesser villains, a string of additional characters and cameos, and sub-plots for them all thrown in for good measure. At five two-hour episodes, at times it feels like too much story with a cast of characters that unfortunately isn’t given enough time to properly develop. Outside of the main players that is. Which means that some of the narrative beats feel rushed, especially in the later episodes. When laid out the plot is pretty good, and great Batman for a story, but we get the feeling it would have benefited from trimming a few faces and maybe one or two of the obligatory Batman-verse cameos. Except, you know, the big one. 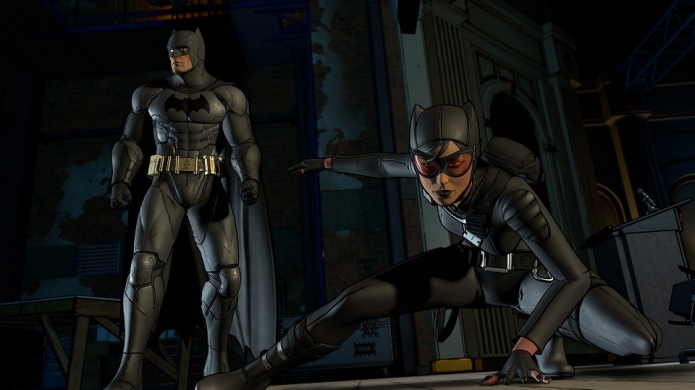 Overall these are minor gripes for a story and Telltale experience that certainly aims high, and in process puts the developer’s stamp on the Batman universe. It’s a shame that the Telltale Tool, the engine or set of tools that the studio uses to develop each of its games that result in them appearing on just about every platform, is, well, kind of terrible in its current state. Leading up to the release of Batman – The Telltale Series the studio touted the many updates and overhauls that its engine had been given to coincide with the release of its adventures with Batman. With everything from improved textures, character models, lighting, and animation all highlighted. In the end though what you get is a great looking experience presented with a sub-par frame-rate, lip-sync issues, stuttering, low-resolution, and odd glitches. And not limited to any one platform either.

It’s a shame because with a seamless presentation Batman – The Telltale Series would be a better game. As an interactive movie of sorts, where you’re often watching and reacting to on-screen events as opposed to being the person who decides where the character goes, stuff like lip-sync and smooth animation should be a high priority. And a choppy frame-rate and presentation means you’ve done something wrong. Now we understand that taking pot shots at the visuals in a Telltale game is kind of a moot point, and that the studio itself is still relatively small compared to the AAA houses, but if it insists on releasing high-profile seasons of Batman, The Walking Dead, and now Guardians of the Galaxy each year, then it’s high time they got their tech in order.

Okay, so technical issues aside Batman – The Telltale Series is worth checking out. If you happen to live inside the Venn diagram of people who enjoyed Rocksteady’s Arkham series and like to play Telltale-style adventure games, then it’s a must. Or, if you’re simply a fan of the comic book series. Basically, if you like Batman and the idea of an interactive story set in that universe is something that appeals to you then it’s probably time you were given the choice to confront an irate Harvey Dent on the roof of a building as either Batman or Bruce Wayne.
Follow Us
Latest Reviews
More...
News Feed
Advertisement
Latest Threads
Log In
Create Account | Lost your password?