When it comes to reviewing a singular episode of a much larger story, one should view it from the perspective of how it fares compared to other episodes. And then of course, try and view it from the perspective of what the Best. Episode. Ever. would look like. After a somewhat spotty first season of ups and downs, Telltale’s Batman kicked off Season Two with a bang. It featured a great story that not only setup a much larger mystery but also presented a singular almost standalone tale of Batman tracked down a new villain – The Riddler.

Episode Two ‘The Pact’ picks things up in the aftermath of the closing events of the first episode, with Batman reluctantly teaming up with a new government agency called, err, The Agency. As detailed in the closing moments of Episode One, the new goal for Batman and The Agency is to try and track down The Riddler’s mysterious friends. Where The Pact excels over the first outing is in the pacing department, with each new set piece and narrative beat introduced at a steady clip. 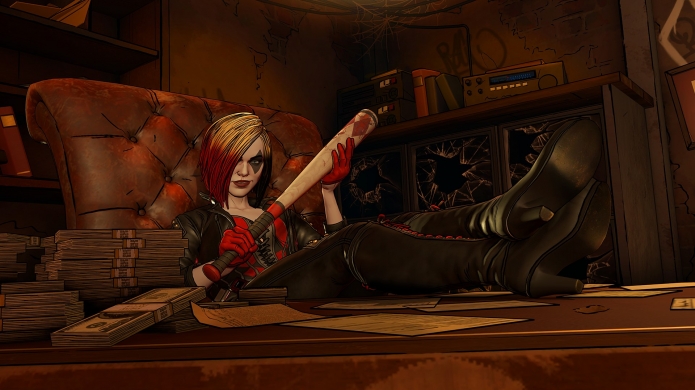 The only real downside to this sort of presentation is that none of the clever puzzle solving or crime scene investigation really comes into play. With the World’s Greatest Detective becoming little more than a sidekick to John Doe aka The Joker for much of the running time.

The lack of meaningful breaks means that The Pact might also be the shortest of the Telltale Batman episodes to date. Even if you don’t rush, we’re talking about 90 minutes. Which is not really a complaint in and of itself, as The Past feels more like a feature length film than any other episode so far. But the breakneck pace of the story makes you want a little more introspection or, well, Batman being Batman. The Pact presents an interesting story, one that shifts the dynamic in the relationship between well-known villains like The Joker, Harley Quinn, and Bain. And it’s seeing this dynamic where the episode truly shines. 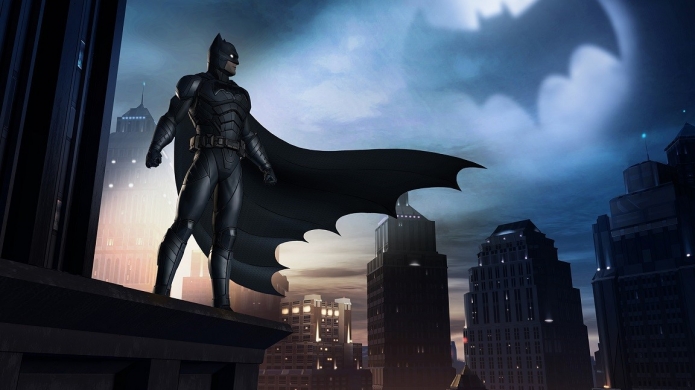 What you get in The Pact is a tale of Bruce Wayne using his relationship with John Doe to infiltrate the ranks of the mysterious new group of criminals, with the help of The Agency. There isn’t much more to it than that, and unless your idea of a fun time is watching Bruce Wayne walk around in tight jeans and a designer leather jacket it’s hard not to feel a little underwhelmed when it’s all over. Relationships with characters like Gordon, Alfred, and others, are given little if any screen time. And don’t really progress or develop in any meaningful way. Which means some of the big decisions aren’t that memorable, with the biggest ones coming down to how much of a criminal Bruce Wayne is willing to look like.

There’s still a lot to like about The Pact, it continues this season’s trend of improved animation and performance for the series. And with origin stories and background out of the way, it means that new ideas can take the front seat – as realised in the depictions of newcomers Bain and Harley Quinn. It also ends on a cliff-hanger, which will no doubt make the wait for Episode Three feel that much longer. Overall, a good but not great episode.
Latest Comments
No comments currently exist. Be the first to comment!
Commenting has been locked for this item.
Follow Us
Latest Reviews
More...
News Feed
Advertisement
Latest Threads
Log In
Create Account | Lost your password?