The interactive movie in game form has been around for quite some time, offering players the chance to make choices and be a part of an extended movie-like narrative. From the pre-recorded low-quality videos of the CD-ROM era in the 1990s through to the highly detailed motion-captured real-time stuff found in the recent horror hit The Quarry. It’s a style of game that has been around for some time and one that will no doubt continue in the years to come.

As Dusk Falls is the first game from brand-new studio Interior/Night, a team that includes interactive movie veterans from Quantic Dream (Detroit: Become Human). It presents a branching crime story with an interesting presentation and setup, and as it’s published by Xbox Game Studios it’s available on Xbox Game Pass and something that can be experienced with others online or same room using controllers or smartphones for input. With multiple endings and character fates that can drastically change, it’s very much in the vein of a prestige TV series like Fargo or Breaking Bad - with the option to replay and change the story. 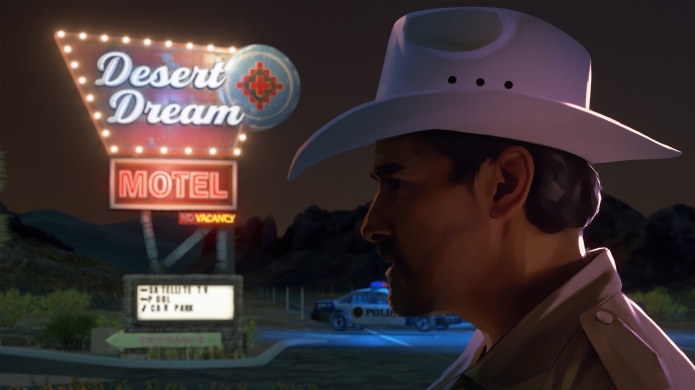 That’s the idea, and for the most part, As Dusk Falls’ crime saga that spans multiple decades and two families caught up in an avoidable but ever-escalating tragedy is engaging and well-written. Like a TV series of similar scope, it’s a slow burn that requires an episode or two of investment before it really digs its hooks in. Having it take place and feature a heavy dose of realistic Americana as the backdrop is refreshing too, with an almost conscious effort to eschew the sort of videogame narratives that can lean into horror, sci-fi, and fantasy. The characters too feel real, down-to-earth, and the sort of archetypes you’d expect to see in a branching crime drama.

With multiple endings and character fates that can drastically change, it’s very much in the vein of a prestige TV series like Fargo or Breaking Bad - with the option to replay and change the story.


But there is a hurdle to overcome, namely the visuals and how you interact when playing with a controller. The latter is strange in that you direct a mouse-pointer of sorts to make decisions and select options without anything in the way of free-form exploration or moving a character through an environment. There are quick-time events, but these are simple and often feel tacked on for some form of immediate interactivity. The plus side is that the story plays out in the sort of measured pace befitting a TV series, so it rarely if ever falls into the interactive movie problem of sitting there watching a character do videogame things like walk-around inspecting objects for long stretches. 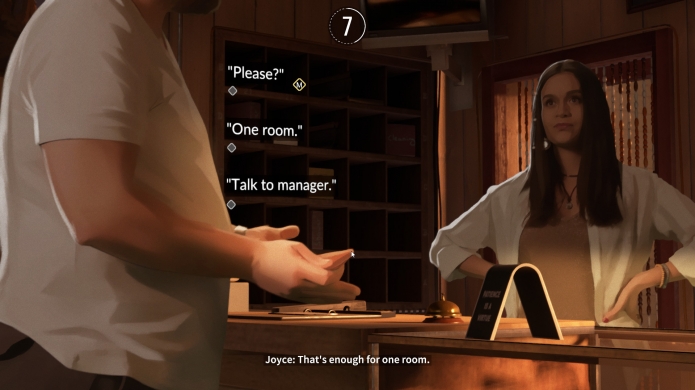 The visual presentation and art direction, which takes real-world photos of actors, paint over them, and uses minimal frames for all of the action and animation, is jarring. It’s different to be sure, and in terms of interactive stories, it’s more visual novel than a Telltale or Supermassive Games joint. Often the characters simply look like photos with a simple paint filter applied, and it’s not all that inviting.

The problem, at least for me, isn’t with the style itself, but how it’s used in a very plain and straightforward way. The lighting is mostly flat across the characters and the environments, with the cinematography rarely presenting composition or the interesting framing you’d find in something like Breaking Bad. The result is action beats that fail to engage or thrill outside of what’s happening in terms of the story. Consequently, there’s a lack of tension and momentum. There are a few exceptions, a house party in the second half of the tale, some of the closing moments of the motel saga, and even the screenshots you see here, but it never quite feels cinematic. Or, matches the quality of the writing and vocal performances. 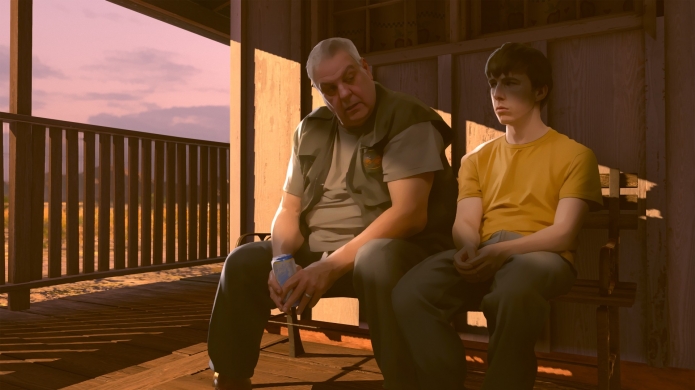 When it comes to a story like this, that’s ultimately the stuff that matters. As Dusk Falls, an episodic story split into two parts, is all about how good intentions can only get you so far. How consequences and choices made can shape and alter not only your own future but that of your family’s. The fact that it pulls this off whilst featuring several dramatic and meaningful paths to take is impressive.

The visual presentation and art direction, which takes real-world photos of actors, paint over them, and uses minimal frames for all of the action and animation, is jarring.


After each episode, you even get a chart highlighting the path you’ve taken with spoiler-free hints at the breadth of outcomes and scenes available. And even with all of that, each new twist and turn feels unexpected. As a slice of brand-new interactive choice-driven narrative drama, As Dusk Falls impresses. But it’s an experience held back by its photo-filter visuals and interactivity that never quite feels like an extension of its many dramatic moments.
Follow Us
Latest Reviews
More...
News Feed
Advertisement
Latest Threads
Log In
Create Account | Lost your password?