There are pirates in Anno 1800, dastardly oceanic criminals whose ships fly black sails as they raid and destroy trade vessels en route to deliver 6 tonnes of soap and 4 tonnes of potatoes to a prison colony. And once all the raiding is done and goods absconded with, these rascals of the sea then return to their home base – usually an alcove or port hidden inside a rocky island that’s hard to reach and heavily fortified. To drink rum and sing a shanty presumably. Or, bathe and boil up some potatoes.

Although a very different genre and style of game, Anno 1800 shares quite a bit in common with the recent release of Ubisoft and Red Lynx’s Trials Rising. Specifically, in that it’s a release that aims to capture the spirit of earlier titles in the series – in a familiar but fresh setting. Like with the manic, physics-based racing of Trials the most recent entry in the Anno prior to Anno 1800 decided to switch things up with a futuristic take on its revered gameplay. Anno 2205 presented a story that took place in a climate-change ravaged future where resources were scarce and mega-corporations ruled. A clear departure from sailing the high seas in search of the New World. All hail KostaCorp. 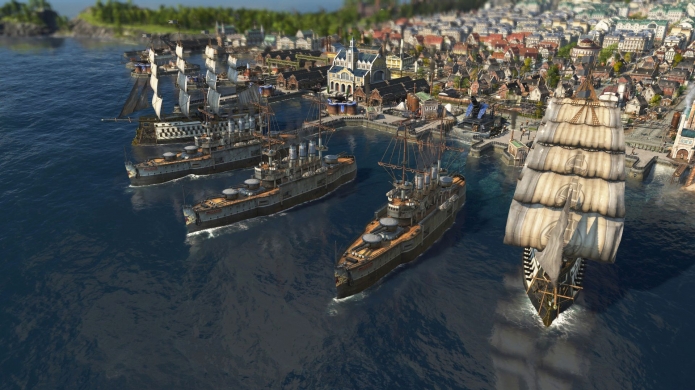 For fans, no doubt Anno 1800 can be viewed as a return to form where the classic colonial and ‘in-search-of-the-New-World’ themes return alongside the series’ signature approach to city-builder design. Compared to Anno 2205 and even Anno 2070, this is perhaps the most expansive and detailed Anno yet in terms of fleshed out ideas and presentation. Which, for better or worse, further highlights some of the series’ sheer complexity.

With several notable releases and expansions for many years now, Anno switched up developers about a decade or so ago. Which is when Ubisoft Blue Byte, creators of The Settlers, took charge. As seen with Trials Rising, the team over at Blue Byte have been working closely with the Anno community over several months leading up to launch of Anno 1800. To fine-tune, tweak, and polish the release to not only meet a high standard, but also the expectation of just what constitutes an engaging round or two of Anno. 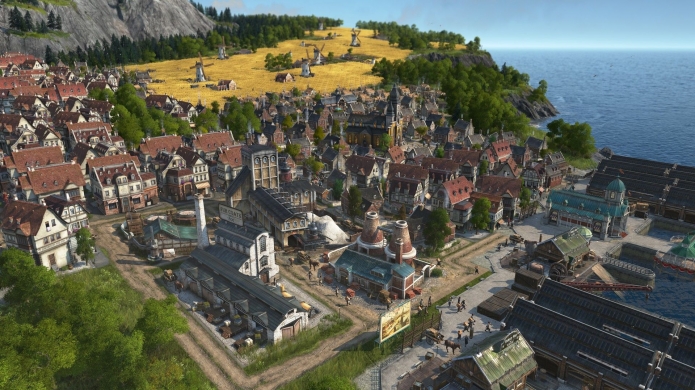 This approach can be instantly felt with Anno 1800. Of course, ‘instantly’ in the world of city-builders and real-time strategy games means after a couple of hours spent getting roads and warehouses and those first few citizens up to speed. From the robust graphics engine to the clean and mostly intuitive interface, to the very few bugs, oddities, or glaring balance issues. Anno 1800 is indeed a return to classic Anno, but an experience that does have a few shortcomings.

Which mostly come with the single-player campaign, a lengthy narrative-driven journey that does a decent job of incorporating the game’s many features and quirks. The stuff that makes Anno 1800, well, Anno, and not Civilization. But also, it’s a campaign that after a while begins to lose focus in a veritable sea of micro-management. The story as presented is serviceable if predictable, as you’re exiled by your uncle after the death of your father and forced to set up a new settlement on a nearby island. With various chapters and quests and milestones, it doubles to present the title’s ins and outs of Anno whilst gradually pulling back the curtain to show just how quickly it can grow in scope. 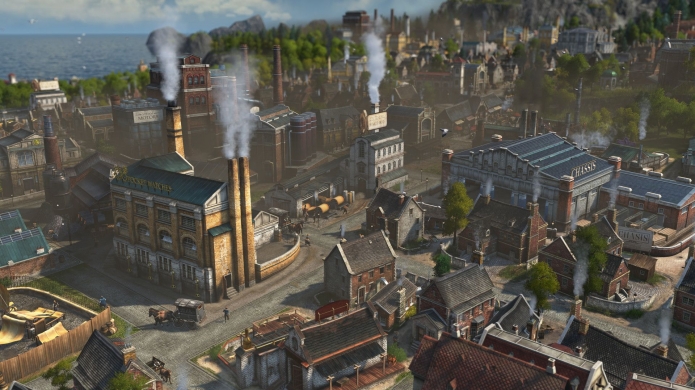 The reference to complexity as found earlier, isn’t directly related to difficulty in learning the ropes - but instead, comes with the juggling act Anno 1800 becomes after a time. A hallmark of the series, and one that we still think could do with some streamlining or automation. It’s the sort of stuff that pushes the main story or overarching quest for parental justice to the background. In no time you’ll become ensconced in the act of juggling farmers, workers, and artisans, each with their own homes and resource requirements. Stuff that if you’re not familiar with the Anno series – means a big wide-open door leading to the intricate world of production chains.

Need Canned goods? Well you’ll need a factory. Which needs ingredients from various farms. That also need ore to create the containers. Or cans, if you will. Which are made up of that grey stuff that’s mined from deposits and then refined into shiny metal at a factory. Even with some overlap often each production chain is made up of its own specific requirements. Coffee needs it own set of things, same goes for the soap mentioned in the introduction.
Potatoes are easy, farm to table. To prison. Now, this is not a bad thing and with Anno 1800’s simplification of warehousing it’s easy enough to manage the flow of goods and services. And for the most part offers up several variations in how you go about setting up your empire, or city, or peoples. 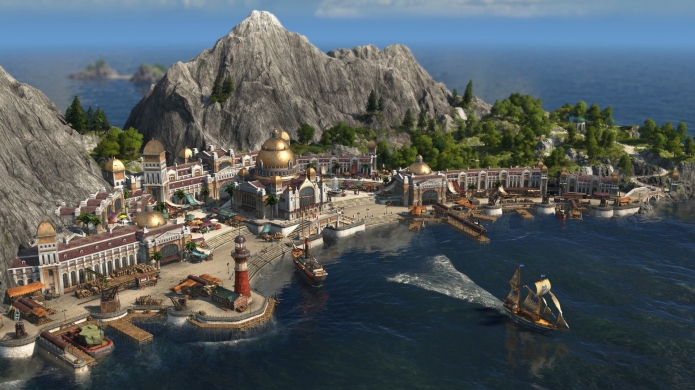 Set during the dawn of the industrial revolution, most of Anno 1800 and its campaign is set on small islands – dealing with various characters, leaders, and expanding into new regions. And sure, we kind of explicitly pointed out that Civilization this ain’t but the approach to leaders both friendly and hostile is very reminiscent of that series. One aspect of 2K’s staple city-builder that is sorely missing here in Anno 1800 is an in-game encyclopedia outlining the various chains and gameplay mechanics. What does this do, and how do I get that? Trade is a key part of Anno 1800 but will probably be ignored by many new and returning players initially because it’s not clearly explained how it works. Or why it’s the only feasible way outside of expanding to multiple islands, to properly keep your city and state from devolving into a mess.

Once understood a restart might be required, but as a core part of the Anno flow – how the trade system works feels as important and engaging as managing all those production chains. Even if, it all begins to feel like each tiny part of your island or series of colonies requires a tad too much hands-on time as you expand your reach. Second to this the lack of a detailed breakdown of all income and outgoing spending – which led to us outright failing and having to restart the campaign right before the final chapter – is another bit of detail that feels missing. 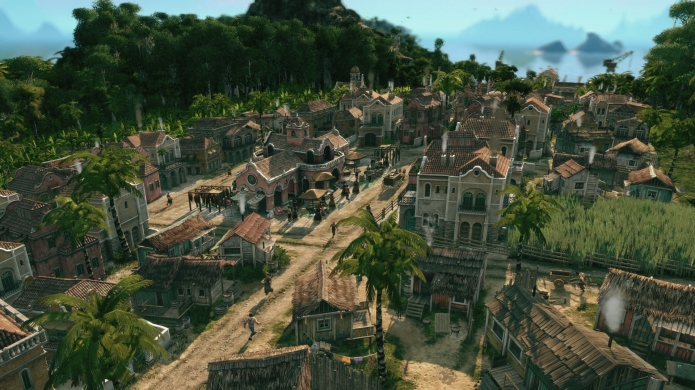 In the end though, getting into the weeds and understanding worker hierarchy and production chains and what leads to what is a key part of Anno. The new trade system that blends seamlessly with the light real-time combat feels effortless once understood. All of this comes together best in the non-story sandbox mode where player creativity can shine, and planning will no doubt lead to some truly wondrous island locales. From the animation to the visual effects, this is the best-looking Anno game to date. Something of a no-brainer when it comes to advances in technology. But with the expanded focus on trade, production, naval combat, and colonisation it’s also one of the most engaging entries to date – again, once understood. A city builder well worth visiting.
Follow Us
Latest Reviews
More...
News Feed
Advertisement
Latest Threads
Log In
Create Account | Lost your password?