By now, most of us have resigned to the fact that we’re going to be stuck indoors for the foreseeable future. Our usual methods of escapism – Friday night drinks, Sunday brunches, daydreaming about that next holiday destination - have all been paused by the giant off-brand Pandemic remote control in the sky. More than ever we find ourselves immersed in different forms of art for entertainment and solace. I’m not sure Nintendo could have engineered a better time to release the next instalment in its popular life-sim with Animal Crossing: New Horizons.

Being relatively new to the world of island life and demanding racoons, what got me first was Animal Crossing’s charm. Everything is cute. From the colourful tent you first receive to the gently swaying trees and undulating ocean waves. Every conversation you have with the various inhabitants is sweet. So sweet you would be forgiven for thinking they had an ulterior motive. For two whole days I was convinced Tom Nook would reveal himself to be a villainous dictator in a scheme using new island residents as minions - akin to Lotso from Toy Story 3. 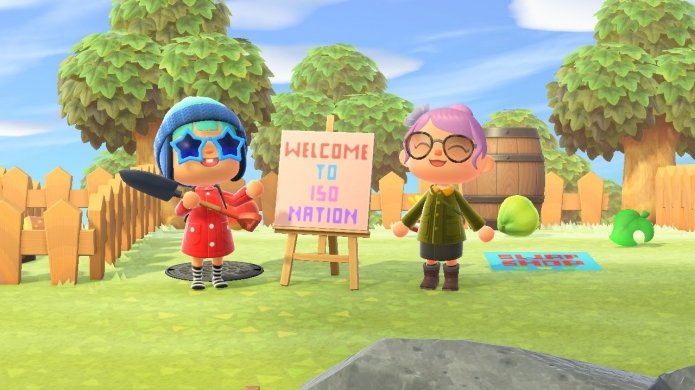 Fast forward to Day Ten and I’m not fully convinced that isn’t the case. Perhaps it’s the result of the current state of things, but with all the vibrant and adorable charm that permeates Animal Crossing, I almost wish there was a slightly more sinister secondary storyline to contrast with the saccharine world.

"I’m not sure Nintendo could have engineered a better time to release the next instalment in its popular life-sim with Animal Crossing: New Horizons."


As a self-professed hoarder and someone who despises asking for directions in any game, Animal Crossing: New Horizons and I, well, we had a rough start. Not knowing whether a newly caught fish was rare, or if a particular seashell might be the important ingredient in a crafting recipe, was almost immediately anxiety inducing. Uncertainty wasn’t what I signed up for, nor what I was looking for in a life-sim. So I found myself spending hours fishing and questioning what I was doing with my life – both in-game and out.

As it turns out, this is a key part of Animal Crossing’s appeal - the simple beauty of existence. 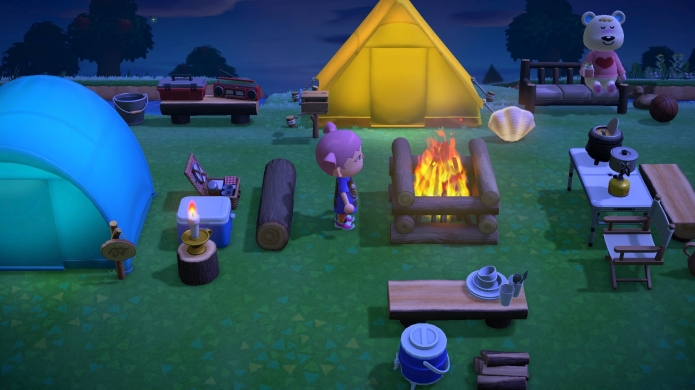 For those of you that don’t know – and I didn’t before I began – Animal Crossing utilises the clock on your Switch to simulate time. A day on the island is a day in real life. This real-time aspect of Animal Crossing is both a blessing and a curse. In one sense, the flow of time (golden hour is surprisingly lovely) is strangely calming and forces you to pace yourself and enjoy the finer things in island life. But, this can also be annoyingly restrictive. Waiting overnight for my new house upgrade? Two full days for the building of the museum after having literally spent all day flying to random islands gathering impossibly rare pieces of iron?

Once you surrender to the restrictions, that’s when you discover Animal Crossing’s particular brand of Zen and begin to see the beauty that exists beyond the wonderful aesthetic. More than anything, Animal Crossing: New Horizons is a game for anyone or everyone. There’s this delightful video of an 87 year old lady that has been playing Animal Crossing on her Nintendo DS for years, and even more of people dipping back into the Nintendo GameCube original over a decade after its initial debut. Even when you’re away, life continues - a powerful and enduring message for a digital sim. 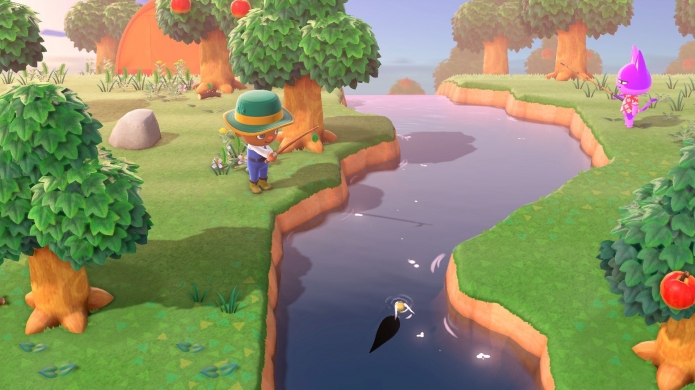 Of course there’s the flip side to this, where I’ve spent countless Bells (Dollars) customising my character’s hair and clothing. Also, the never-ending search for new bugs and fish to add to the museum. Where I’ve gone on to spend sleepless nights wandering the halls and marvelling at my still relatively small gallery of oddities.

"Once you surrender to the restrictions, that’s when you discover Animal Crossing’s particular brand of Zen and begin to see the beauty that exists beyond the wonderful aesthetic."


Living with other housemates what has been surprising is how enjoyable the social aspect of Animal Crossing can be. Being able to look over your shoulder and see the reflective glow of an island in someone’s glasses makes the experience feel richer in a way that can soothe in the age of social distancing.

Sharing tips on which axe to use, how to plant money trees to speedup crafting; stuff one normally turns to Google for is Animal Crossing’s multiplayer mode. Despite spawning into our own small randomly generated island, each has made it unique. One of us plants trees strictly in a grid-like pattern for optimum harvesting, while another wants the island to look completely organic and has turned it into a giant forest. Or one of those cult-led hippy communes from a Netflix Original documentary series. 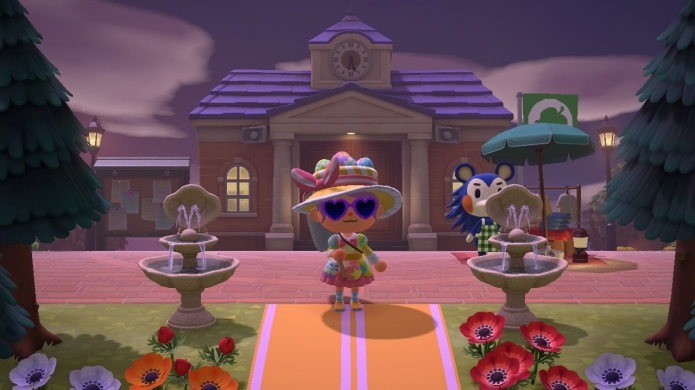 Two of us have discovered the Custom Designs app and have paintings all over the ground, while another has decided to become a fashion designer destined for Project Runway: Island Edition. We often invite each other over to trade fruit and swap crafted furniture, so much so we’ve each built a ‘Swap Shop’ - a designated fenced-off area for wayward adjacent-room visitors to leave items.

Despite early frustration, Animal Crossing: New Horizon is not only a game I’ll be returning to but also a life worth revisiting. With time comes maturity and now that I know the rules and how to break them each visit can be a holiday or a monetary expedition to create a hoarder’s paradise. Animal Crossing: New Horizons lets you do what you want, at your own pace, as long as you’ve got the Bells to pay for it.
Follow Us
Latest Reviews
More...
News Feed
Advertisement
Latest Threads
Log In
Create Account | Lost your password?