This is a big year for Bond, James Bond, as he celebrates his fiftieth anniversary of shaking up the establishment, stirring an endless supply of bodacious babes’ loins and taking out insane, maniacal madmen with designs on world domination. To mark the occasion fans have a new feature film, the brilliant Skyfall, to help ring in his half century and with it comes the now obligatory grab for cash also known as the video game tie-in.

The idea behind 007 Legend is fantastic, it’s just beyond disappointing how shoddy and soulless the execution is. You kick off at the opening of Skyfall as Bond (the Daniel Craig version) is duking it out with some dude atop of a moving train crossing a bridge. When a overzealous support agent shoots Bond by mistake he plummets off the train into the watery depths far below. As he struggles underwater the classic title sequence begins as Bond starts to recollect past missions with his life flashing before his eyes.

No doubt this is a cool concept with the ‘flashbacks’ leading Bond to relive moments from Goldfinger, On Her Majesty’s Secret Service, License to Kill, Die Another Day, Moonraker and now available as free DLC, Skyfall. Developer Eurocom has attempted to modernise each of these missions with Craig as the lead in each, but the execution is absolutely terrible. Craig may have lent his likeness, but he hasn’t lent his vocal chords and to say his replacement is average is being generous. This spotty use of likeness follows through with some actors allowing it in full such as Judi Dench and Naomie Harris, others offering only their looks such as Ola Rapace and other replaced entirely such as Halle Berry’s character Jinx from Die Another Day. It almost makes you wonder why they bothered at all. 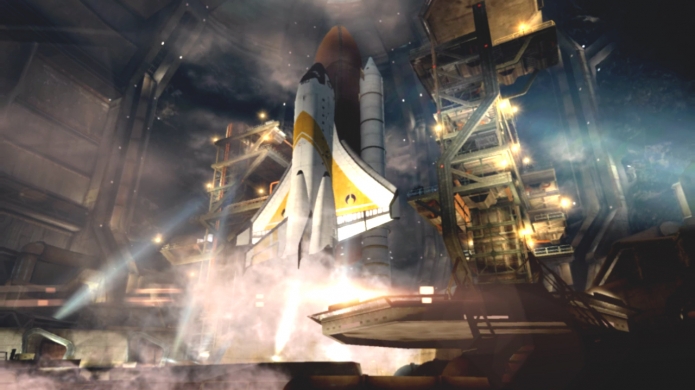 Looking beyond the personas the game itself is, in a word, awful. The graphics resemble something from last generation and not at its high point either. The PS3 version has abundant screen tearing and looks like a dog’s breakfast. You expect a certain amount of lackadaisical development from a tie-in, but this was a new low. The story elements are extremely loosely based on each film with the barest, if any, narrative connecting each section or even within the missions themselves. It’s hard to believe the same developer completed the fantastic GoldenEye reboots as Eurocom has completely phoned in 007 Legends.

Some level designs are ripped directly from GoldenEye HD and those that aren't are sparse and lack anything remotely resembling character. The gunplay is just as hit and miss, literally. Nameless henchmen will continuously respawn until you clear an area and at times have the ability to shoot directly through cover. I even watched guards miraculously materialise directly in front of me out of thin air! Your own legendary firearm prowess is temperamental at the best of times, so sometimes it’s a one shot kill and others you’ll unload close to an entire clip before the sucker goes down. This is not what I signed up for, M.

There’s an alleged stealth mechanic to infiltrate facilities and covertly take down opposition, which is meant to make each mission easier, for if you are spotted guards or civilians trigger alarms to bring more henchmen into the mix. This is dually broken as there is no realistic line of sight with guards alerted even when you remain fully behind cover and alarms often sound before the guard or civilian running towards them actually presses the button, often a full three or four metres away! WTF? 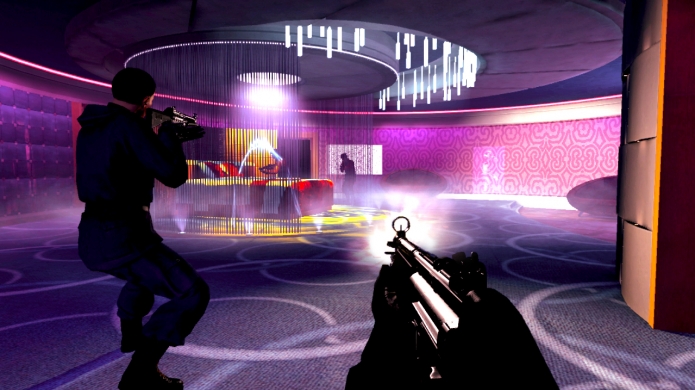 Often I felt melee was the most accurate and viable option as I punched, kicked and judo-chopped my way through scores of adversaries, no joke. Boss fights against villains such as Oddjob, Jaws, Gustav Graves and Blofeld utilised simplified quick time events resembling ye olde Punch Out and gave the briefest glimmer of hope amidst the mediocrity, but I’d pretty much checked out by then and just wanted to get to the credits as quickly as possible and retire from service.

007 Legends absolutely reeks of a rush job. It may have the look (loosely) but carries with it none of the heart, soul or charm of the world’s greatest secret agent. The tenuous links to each film are almost in name only and I’m pretty sure Ian Fleming would be turning in his grave to see his pride and joy bastardised in such a fashion. I’m going to award each of the six missions a pity 00.7/10 for managing to vaguely resemble the source material. This Bond is KIA and won’t be returning to active duty.
Follow Us
Latest Reviews
More...
News Feed
Advertisement
Latest Threads
Log In
Create Account | Lost your password?