The long-awaited Diablo IV from Blizzard is on track for a June release this year, and you can check out our recent hands-on preview here. So far, it’s shaping up to be an epic addition to the iconic franchise, with a massive open world to explore, a dark and gothic tone, impressive cinematic visuals, and deep action-RPG progression and systems.

As far as the end-game is concerned, Diablo IV will follow a seasonal model, though one that will be more in-depth and dynamic than what has been delivered in Diablo 3. Like Diablo 3’s Seasons, in Diablo IV, each Season will offer a clean start for players to begin their Season Journey with a new character and class. According to Blizzard, the plan is for Seasons in Diablo IV to run for three months - meaning each year will bring four Seasons. 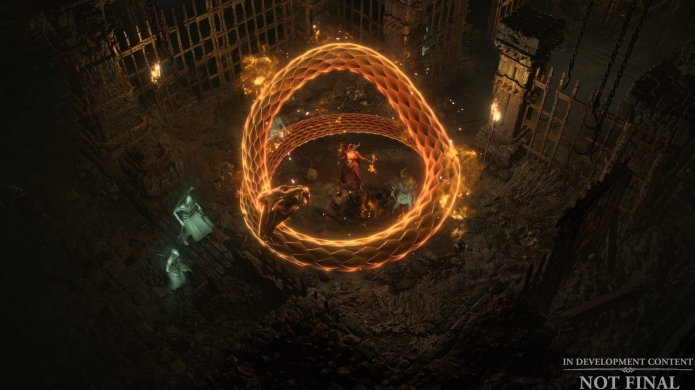 Diablo IV has been designed with Seasons in mind and as a live service game from the outset. When Blizzard outlined its post-launch plans for Diablo IV, it gave an example of a potential thematic live event called “Invasion of the Drowned” that might last a weekend, changing the enemies found in certain regions.

"The intention with Seasons is to create really exciting reasons for you to want to come back to Sanctuary and have a different experience each time."


“The game is set up to be very modular, so we have a lot of control over a variety of aspects of the game,” Joseph Piepiora, Associate Game Director on Diablo IV, explains. “The intention with Seasons is to create really exciting reasons for you to want to come back to Sanctuary and have a different experience each time. Every Season we're promising you new opportunities, new adventures, new content, and new features to engage with.”

It certainly sounds very cool, but in speaking with Blizzard, we couldn’t help but wonder exactly what this meant. And so we asked about the impact on Sanctuary, citing dramatic scenarios where entire regions might be destroyed, new structures being built, or dungeons re-designed and overhauled to accommodate new threats. The sort of stuff that will lead to new stories, lore, and dynamic ways to keep an already massive open world looking and feeling fresh.

“Some things will change the way that you look at Sanctuary in really overt ways, like what you described,” Joseph Piepiora confirms. “And sometimes it will be taking existing parts of the world and using them in ways you won't expect. There are lots of opportunities to do interesting things, and we’re really excited.”

Blizzard notes that we’ll be hearing a lot more about its plans for Diablo IV’s Seasons the closer we get to launch or shortly thereafter before Season 1 begins proper - so stay tuned. Diablo IV is gearing up to launch globally on June 6, 2023 on PC and console.
Read more about Diablo 4 on the game page - we've got the latest news, screenshots, videos, and more!
Tweet