Speaking to the team at Blizzard about all things Diablo IV, we got confirmation that the team is planning some pretty epic stuff for its post-launch Seasons.
Diablo 4’s Seasons will Change Sanctuary in Dramatic Ways
Wo Long: Fallen Dynasty - Team NINJA Interview
Post by Steve Farrelly @ 04:03pm 13/10/22 | Comments
We chat with Team NINJA to talk about the studio’s new action game, Wo Long: Fallen Dynasty. Featuring Chinese martial arts and mythology, the setting is a dark fantasy take on the Three Kingdoms world. From the creators of Ninja Gaiden, Nioh and Bloodborne, Wo Long: Fallen Dynasty is a brand-new action game set to release in early 2023 for PC and consoles. With a setting that presents a dark fantasy take on the iconic Three Kingdoms era of Chinese history, Wo Long: Fallen Dynasty is set to be a myth and martial arts-filled spectacle. And with Team NINJA at the helm, under the careful direction of Fumihiko Yasuda (Nioh, Nioh 2), and From Software and Bloodborne veteran Masaaki Yamagiwa part of the ream, it will no doubt crank up the challenge for fans of the Souls-like genre.

Here’s a look at the recent gameplay trailer.

In it, you can see glimpses of the development philosophy behind Wo Long: Fallen Dynasty’s combat. Challenging sure, but difficulty backed up by responsive controls and grounded movement. We had a chance to have a chat with the team about this super-group-level venture, check out what they had to say below. From the shift from samurai action to Chinese martial arts through to co-op, invasions, mythology and more.

Team NINJA has a long history with action-based titles, with Wo Long changing the setting to China and the Three Kingdoms era of history. What does the new location and setting mean for this style of game?


Fumihiko Yasuda: The time period and locations are different, so obviously the art and worldview are big differences, but I think the action is the biggest difference. Nioh is samurai action while Wo Long has Chinese martial arts action at the game's core, and each game is quite different in terms of the system and how it feels.

Challenging gameplay is something Team NINJA does so well. What’s the secret to creating a game that is both difficult and rewarding?

Fumihiko Yasuda: It is our rule of thumb, but basically we fine-tune the game through numerous and repeated plays. But as time passes during development, we can get used to the difficulty level, so getting player feedback through demos is also a useful reference. 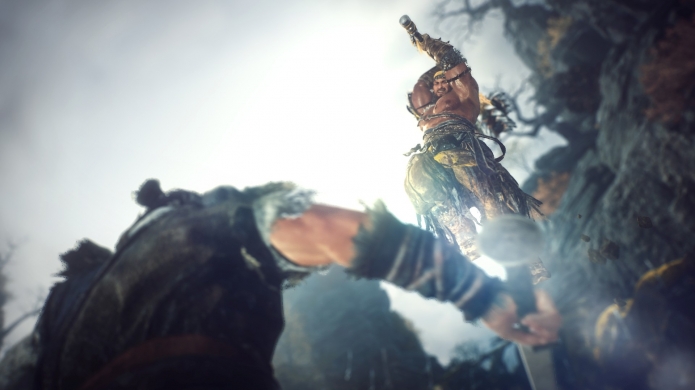 What historical elements can players look forward to, and did the team research Chinese weapons and martial arts for the game?

Fumihiko Yasuda: We are depicting the game as a hidden story behind what actually happened in history, so we're creating the game so that in addition to those who like history, those who aren't familiar with the Three Kingdoms can also enjoy the game.

"We didn't have any development experience with Chinese weaponry or martial arts, so we've had the involvement of a movie director who has deep knowledge of Chinese martial arts and action, and in our motion capture sessions had someone who is able to use Chinese weaponry."

Up until now, Team NINJA has developed many ninja and samurai action games, but we didn't have any development experience with Chinese weaponry or martial arts, so we've had the involvement of a movie director who has deep knowledge of Chinese martial arts and action, and in our motion capture sessions had someone who is able to use Chinese weaponry. And on top of that, we've arranged it in a way that ensures that it feels like an action game.

In working on mythology from a different culture, did you take any liberties from your own or even broader mythologies, or is this very much wholly Chinese in what you’ve crafted?

Fumihiko Yasuda: It is based on Chinese mythology. We've taken historical individuals and anecdotes and restructured them in a way that is unique to this game, as well as depicting the story and world that mixes truth and falsehoods, which is something we are aiming for and have carried over from our experience with the Nioh series. We're also depicting on purpose opposing warriors and demons as not just being purely evil, and creating a new Three Kingdoms that players will enjoy. 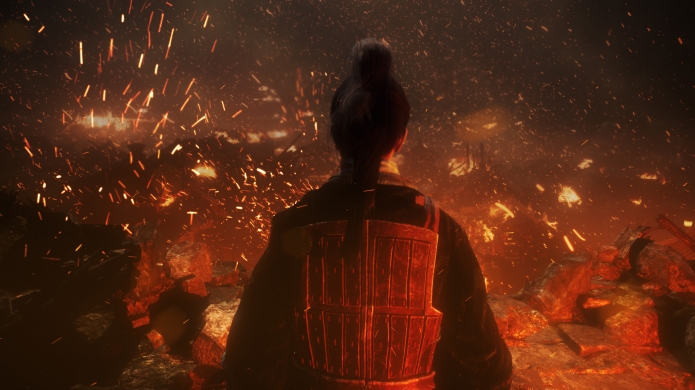 What are some of the key differences between combat built on Chinese martial arts principles versus Japanese swordplay?

Fumihiko Yasuda: In the Nioh series, we aimed to create battles where we were conscious of samurai-like stillness and movement through the Ki (stamina) system and its features of Ki Pulse and stances. On the other hand, in Wo Long there isn't the concept of stamina, but instead there are deflects which can switch from offensive to defensive moves in a split second, so this game is designed with the speed of battles and the constant switching between offense and defense in mind. Enemies are powerful with few openings for attack, but I think players will be able to enjoy these much more aggressive battles.

It’s inevitable that difficult action games now be compared to a so-called Souls-like experience, and we know Team NINJA has a history of creating challenging games, Nioh being one. Would it be too rudimentary to even ask if the Souls titles or your experience with Bloodborne had any influence in how Wo Long and its challenge has been crafted? If so, can you talk to what differentiates it?

Masaaki Yamagiwa: Our approach in this game with regard to the difficulty level is the Morale Rank which provides a temporary boost, and permanent growth through RPG elements. The Morale Rank will change players' strength based on actions taken, so the way players advance on the battlefield will make it possible to find new means of survival. 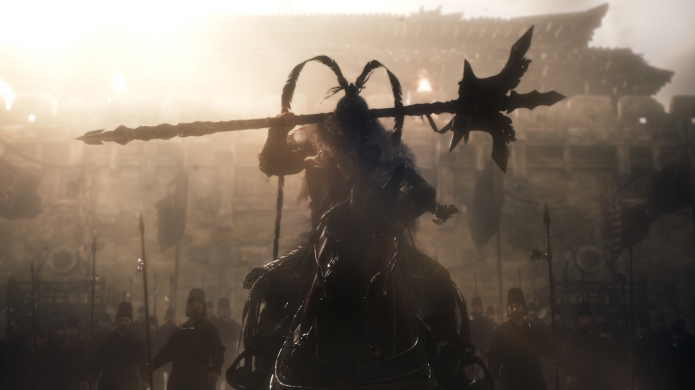 You’ve touched on online – can you talk more specifically about how this will work? Will it be only in co-op as with the Nioh games? Or can we expect something different?

Masaaki Yamagiwa: There is "Recruit/Co-op" where players can cooperate online, and "Invade" which will pit players against each other. Also, as an asynchronous online feature, there is also "Vengeance" where avenging another player will provide rewards.

"This game is designed with the speed of battles and the constant switching between offense and defense in mind. Enemies are powerful with few openings for attack, but I think players will be able to enjoy these much more aggressive battles."


You’ve also touched on obsessing over how the game feels – can you expand more on this? You obviously want the game to be fast, but in working on a timing-based combat system how have you approached the player feeling capable, powerful, and defensive all without losing that sense of speed?

Fumihiko Yasuda: We hear a lot of comments that Team NINJA games are difficult, but I think that the premise of it is that we have very responsive gameplay and high playability. From that, we want to maintain the feel and grip, so instead of having flashy action like flying through the air or wire stunts, we have taken the approach of high-speed combat with action where players are more grounded.


Wo Long: Fallen Dynasty is scheduled to release in 2023 for PC, PS4, PS5, Xbox One and Xbox Series X|S. Stay tuned for more on Team NINJA’s next opus, right here on AusGamers.

Read more about Wo Long: Fallen Dynasty on the game page - we've got the latest news, screenshots, videos, and more!
Tweet