Ahead of being out in the wild, and a review-in-progress for us, we did manage to send off a handful of multiplayer-specific questions to the MP team for Call of Duty: Vanguard. And while it’s always tough getting information out of devs at release about post-release plans, we managed get some juicy bits that should tide over any diehard thirsting for knowledge as well as thoughts on other aspects of the game, such as high-level player griefing of newcomers, community-shaped metas and more.

We spoke with director of multiplayer, Greg Reisdorf, lead designer, Zach Hodson and senior development director, Adam Iscove. Read on for what they had to say.

AusGamers: Community and post-release roadmaps are more intertwined than ever, will you be looking to see how the game plays out in the wild with player feedback to shape any such roadmap, or is it safe to say that all future stuff is locked in?

Greg: It's a mix. We certainly have stuff that we're planning in the longer term, but at the same time, we're always listening to our players and developing things on-the-fly as we see them. For example, the beta was a huge learning experience; we’ve certainly been able to take things that the community really liked from that and moved them into the launch experience. After that, we will of course move forward with new and interesting stuff as the game develops over time, because it is a [truly] living game.

We plan to be updating and changing Vanguard all the time.

AusGamers: How have you tackled griefing for newcomers who might be late to the party? Is it a simple case of smart matchmaking? Is this more difficult in a cross-play world?

Greg: For new players, combat pacing makes it a lot easier because you can go in and select a mode to suit your style of play. Blitz modes, for example, are actually better for some of the new players coming in who really just want targets in front of them to shoot and to get a sense of the game. You are in a less tense situation than you would be in a tactical environment, where it's a much smaller group.

AusGamers: We usually see some meta form out of multiplayer once it’s been out in the wild, is there an expectation you have ready, or did you see anything beginning to form in the beta? Do you roll with such emergence? Or do you just sit back and let the beast form on its own?

Zach: We have assumptions about what the strongest loadouts are going to be, going into it. We certainly see the meta internally as well, when we play, but there will always be a meta and we'll sort of adapt to it, not just in terms of balance, but also in the new features that release during each season.

AusGamers: What are your hopes for the game’s new mode, Champion Hill (outside of it being popular)?

Greg: We have a lot of hopes for it. There's so many exciting things that we can do with Champion Hill. We're constantly talking about how we want to change and modify it, and discussing things that we can do on-the-fly to modify that experience. We do have a lot of stuff coming for it and [are] excited to talk about those once they're out in the player's hands and they're actually able to play it. 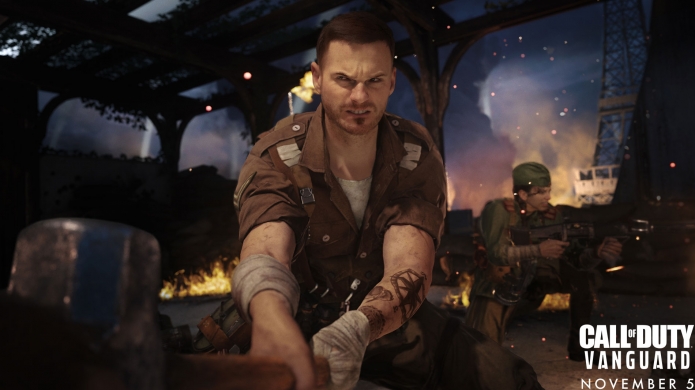 AusGamers: Given everything is locked away, what were you hoping to learn from the game’s beta, and what did you do with said learnings?

Adam Iscove: From my perspective, it was really about uncovering some of the bugs that we aren't able to uncover with the hundreds of testers we have internally. Once the game is being played by millions of people, you're really stressing the system in a way that uncovers some issues that we're able to fix before launch, which is great. So from my perspective, that was a huge win for the beta. Then also seeing how people react to four of our maps, different play styles within those different maps, the weapons that weren't available in public alpha, seeing people get different play experiences with those. All that was super valuable data for us.

Greg: One of the big things for me was really being able to test combat pacing in the wild. We have fairly ambitious goals around being able to drive players between different player counts per map, in a single playlist and testing that can become difficult within a relatively small development team. To see everybody play it and enjoy it and understand it and know what's happening is pretty thrilling. To also see the bugs and what our distribution is across players and maps and player counts, and being able to address that before launch, [was] huge in terms of what we were able to accomplish.


As mentioned in our intro, our final review for Call of Duty: Vanguard is still incoming, so stay tuned in the coming days to check out our final thoughts on the game.

Read more about Call of Duty: Vanguard on the game page - we've got the latest news, screenshots, videos, and more!
Tweet