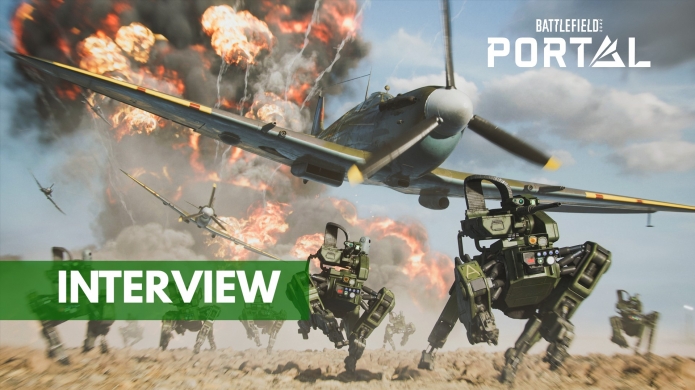 “It’s much more than just a re-imagining,” Rob Donovan, Senior Game Designer at Ripple Effect tells me. We’re discussing Battlefield Portal, the new community-driven mode for the upcoming near-future Battlefield 2042. A mode that will for the first time allow players to edit, customise, modify, and create their own experiences using powerful tools.

At its core though, lies a celebration of the franchise’s past. Just one look at Battlefield Portal’s description and for many out there, you might not need to read any further than hearing about how it features classic maps, modes, weapons, vehicles, and factions from Battlefield 1942, Bad Company 2, and Battlefield 3. All in one place, and with the features and maps and Specialists from 2042’s All-Out Warfare to boot.

“We have a lot of developers at the studio that have worked on past Battlefield games,” Rob Donovan says. “So, yeah, the team wanted to reimagine some of those classic maps. But we also wanted to combine it with what 2042’s All-Out Warfare was doing. The team at DICE in Stockholm worked with us early on and we were among the first people to know that 128-player, giant spaces were going to be available.”

And with that the team took that All-Out concept and ran with it, not only in the sense of updating classic maps and locations with a fresh coat of paint and supporting the new player-count, but leaning into the very idea of Battlefield as a sandbox. Why not have a faction from one era face off against another? Why not give players the tools and abilities to create their own settings, their own rules?

Over time games change, that’s a given. In the case of Battlefield this extends beyond the visual realm and into that place where TTK and other numbers of note live. From player movement to weapon feel, having three eras of Battlefield change sitting alongside 2042 might sound a little messy. So on that front it didn’t really come as a surprise when Rob explained that with Battlefield Portal the classic eras will conform to the latter.

“It’s much more than just a re-imagining.”


But, playing into the customisation side of the mode, players will be able to choose classic weapon tuning to better fit an era’s style. On top of being able to adjust seemingly countless settings, in detail.

Related: Battlefield Portal - Everything You Need to Know

“For the most part, we're not trying to balance these styles against each other,” Rob Donovan explains. “One of the things that we imagined early on was - what would it be like if you could pit these 1942 characters against these near-future 2042 characters? The answer, of course, was that the World War II weapons were not as good, and they'd probably get their butt kicked. And with that we don't expect that clash to be a fair fight.”

“Fortunately, we have given a lot of the tools to players,” Rob continues. “If you want to try and balance it out, the power is in your hands to do it. If you do anticipate that one side is stronger than the other, whether that's true, you can try and mitigate it. The number of actual players on each team, weapons they have access to, global values like Health Regen. Maybe turning off some of the Gadgets completely. Things you think are giving one side too much of an advantage.”

“We’re leaving a lot of that to the community,” Rob adds, of balancing the eras. “And even then, some members of the community love unbalanced game modes. So you don't want to take that away from them either.” 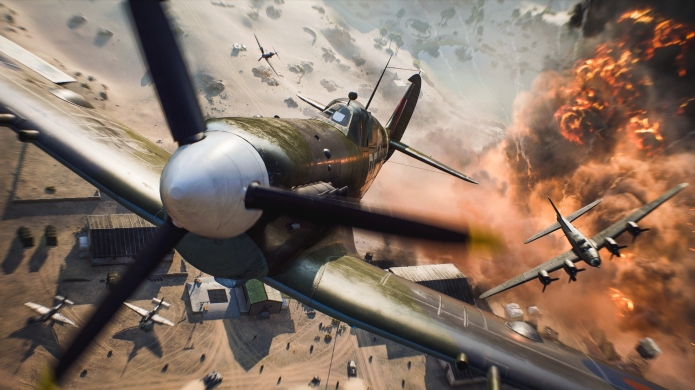 “I was sceptical that it was going to work, I didn’t think we were going to be able to get 128-players into all of these maps.” All six classic maps available in Portal - two from 1942 ( Battle of the Bulge and El Alamein), two from Bad Company 2 (Arica Harbor and Valparaiso), and two more from Battlefield 3 (Caspian Border and Noshahr Canals) - re-built and re-imagined using the latest version of Frostbite.

“I was sceptical that it was going to work, I didn’t think we were going to be able to get 128-players into all of these maps.”


With 4K assets and new detail everywhere you look, they look impressive but they’re still as they were. That being, playspaces designed for 32 or 64-player encounters. “We tried it and it worked,” Rob Donovan adds of testing 128-players in Battlefield 1942 maps. “It's a little chaotic. The biggest maps were created for 64-players and when you put 128 in there, it's crowded. It's dense, and now it definitely means you often don't get a vehicle when you want one. But it's arguably playable and that's where we've tried to err.”

Being customisable also means that players will be able to create asymmetrical experiences. A single squad of modern soldiers with modern equipment up against an army of WWII Germans. 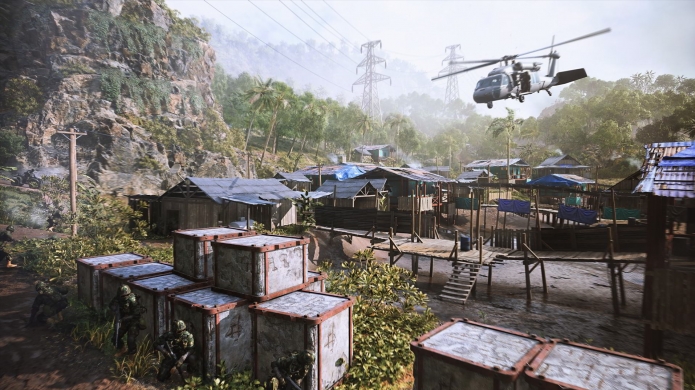 With Portal players will have readily available access to being able customise their own Battlefield in a way that we haven’t seen before. And all via a simple to use browser interface. This customisation sits at the core of the mode, with the team at Ripple Effect being able to recreate some of the classic battles and moments from 1942 and Battlefield 3 using what's available to all.

There has also been a conscious effort from the get-go to keep it all within the already formidable scope of Battlefield’s sandbox. That is, restricting what’s available on day one and ensuring that it still feels like Battlefield -- even when things get a little crazy.

“Very early on when we were brainstorming, Big Head Mode came up, Low Gravity came up. These are things that we discussed, but for launch we're not going that strange.”


“Very early on when we were brainstorming, Big Head Mode came up, Low Gravity came up,” Rob Donovan says. “These are things that we discussed, but for launch we're not going that strange. We are expecting the community to get strange, but a lot of what we're trying to do is not change the experience of playing a Battlefield game. We want to stretch it, but not flip it over. Are all these things off the table? No, but we're not going to target them.” 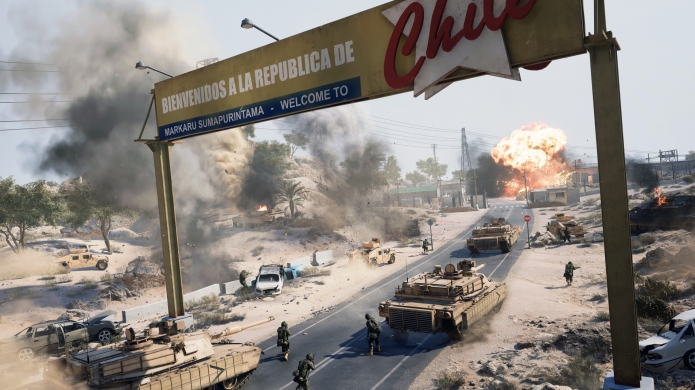 But, even within the traditional Battlefield experience, certain areas will be more limited than others in terms of customisation. With Battlefield’s vehicles being complex systems of various seats and weapons and multiple moving parts, customisation here will be more basic or standardised to cover a wide range of land, air, and sea beasts.

“We’ve definitely tried to err on the side of sandbox where possible, but there are obvious exceptions,” Rob explains. “We knew vehicles were going to be a challenge, so we didn't target too many things relating to the specific vehicle behaviour. We do have a suite of vehicle settings that will allow you to sort of globally change the behaviours a little bit.”

“That was an area where we had to take a step back and say, this isn't probably where we're going to let players have the most power,” Rob continues. “We'll give them a suite of basic tools and focus our efforts elsewhere. Things that are kind of more in reach and honestly, they give more bang for the buck. One of the things that I was passionate about, were the settings that are not specific to an era. Stuff that we think will create wild possibilities. The Logic Editor is ‘Here's a bunch of tools and toys, go have fun and make something that surprises us’.”

Inside the Logic Editor 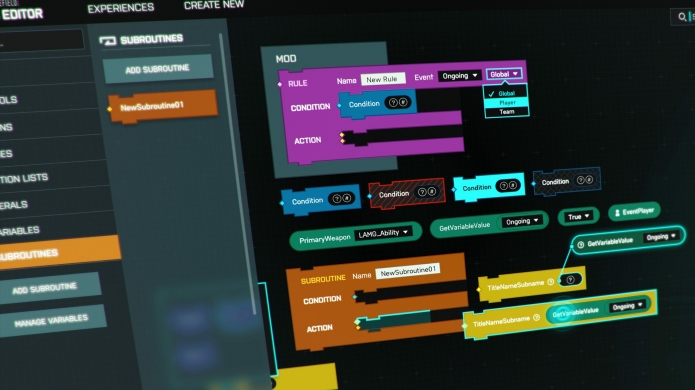 For those looking to jump straight into the action Community Experiences in Battlefield Portal will sit alongside curated Official Experiences. From server browsing to looking at what’s popular. For those with a pretty straightforward idea of a mode they’ll be able to fire up the Builder and select settings from drop-down boxes and other easy-to-use categorised fields. The map, the factions, the weapons, and so forth.

“The Logic Editor is ‘Here's a bunch of tools and toys, go have fun and make something that surprises us’.”


Where it gets interesting is with the Logic Editor, a visual scripting tool that allows for deep customisation. “One of the advantages of the tech that we're using with the logic editor is that it's built on a system called Blockly, and that's an open-source architecture that we built on top of,” Rob Donovan explains. “It's used in a few other places and some players might even have experience with it. The block nature of it tries to show you what can fit where. Rectangle blocks with a notch in them can fit into rectangle spaces with a notch in, circles can fit into circles. So, there's already an attempt to try and make it a little bit more intuitive baked in.” 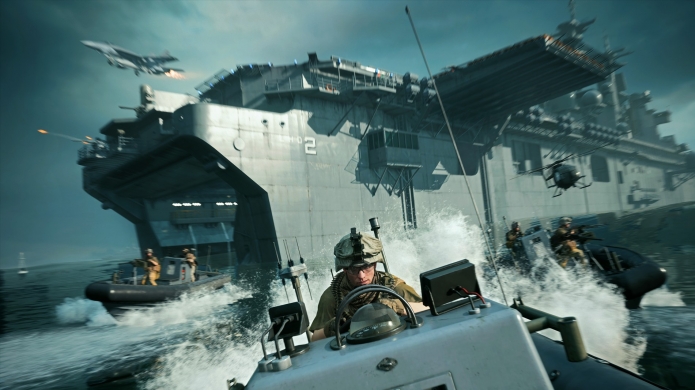 Portal isn’t Battlefield shipping with standalone mod tools or something that will allow players to create their own maps like total conversion-style stuff we’ve seen in past FPS titles. It’s a core 2042 mode that will be available on all platforms, and with that the Logic Editor offers up the ability to drill surprisingly deep.

“We're hoping to be surprised,” Rob adds of the variety in community creations the team expects to see. “We hope our community comes up with stuff that I would have said to you ‘No, that's not possible’. It's not coding, it's snapping together jigsaw puzzle pieces, and in many cases, they can only go in certain ways. But ultimately, we expect power users to use this, and power users want to go fast. The Logic Editor is intentionally built for advanced users who are going to be able to and are going to be required to solve their own problems. We're not going to be heavy-handed and make you choose every step of the way.” 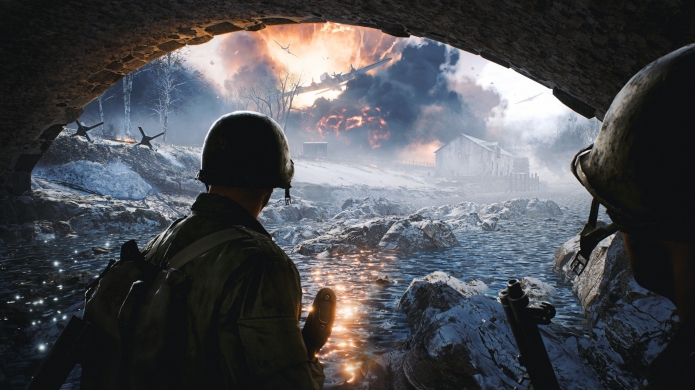 Battlefield 2042 is following the seasonal model as to not split the audience content-wise. The Live Service model will see four new Seasons arrive in Year 1 alongside four Battle Passes, new maps, Specialists, and so forth. With Battlefield Portal one would have to assume that more classic maps and modes could be on the way. Not to mention dipping into other eras like Battlefield 2, Battlefield V, or even Battlefield 2142.

““There's so many ways we could go with Battlefield Portal, there are so many different pieces.”


“Whatever happens after launch would be driven by the community,” Rob Donovan tells me. “We're really hoping that the community tells us what they want. Is there a large contingent of Battlefield players that want Arcade game modes? Maybe, I don't know. We're going to need to get some of the data back. What we do know is that Battlefield players love Battlefield. They love the classes, the vehicles, the maps. We doubled down on the things that we knew were going to be well-received and left some of the more fringe stuff in the Logic Editor for players to invent on their own.”

“There's so many ways we could go with Battlefield Portal,” Rob concludes. “There are so many different pieces. You can imagine we might add more settings and we could add more hooks to the editor. Certainly, content [more Classic Maps] is something we could do. But we're not making any promises. The only promise we're making right now is that we're going to support 2042 content when it comes out. I'm sorry I can't talk more about the Live Service, it’s certainly exciting to think about.”