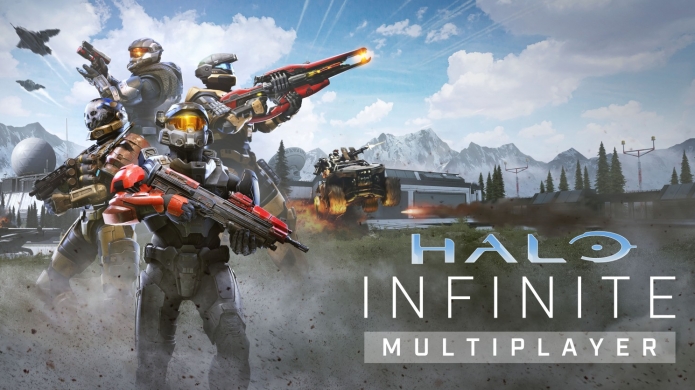 The team at 343 Industries is currently doing its thing and working towards Halo Infinite’s big Holiday 2021 launch -- which is set to feature both a cinematic single-player Master Chief-led campaign and an extensive free-to-play multiplayer component. One that will be hitting Xbox consoles and PC on day one, with a design that is described as a return to classic Arena and Team-based action. But also, multiplayer that is a modern Spartan-step forward for the franchise.

Halo Infinite isn’t simply the next release in the iconic Xbox franchise, it’s a platform that will evolve over multiple years. And this is the first step in that journey.


As part of a new multiplayer deep dive that broadcast overnight we got our first look at what to expect when it comes to Halo Infinite Multiplayer. There’s a lot to get through, so let’s get to it. 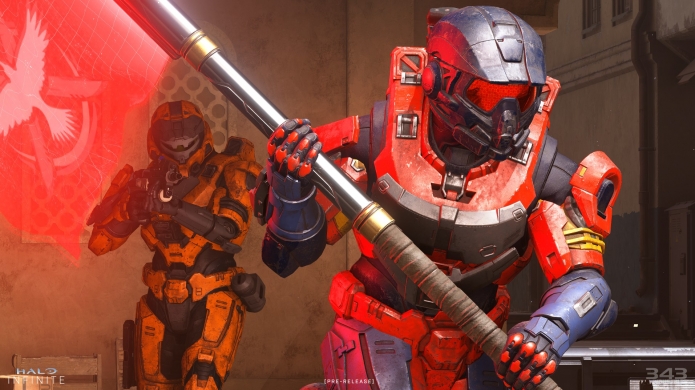 With classic Arena-style deathmatch, team-based vehicle action on large maps, and even first-person staples like Capture-the-Flag, there’s a reason why Halo’s multiplayer legacy is one that is as iconic as Master Chief’s helm. Going all the way back to the original Xbox console, the first two entries in the franchise built up a multiplayer reputation as strong, robust, and deep as anything in the PC space. We’re talking Quake, Unreal Tournament, and even the early days of Counter-Strike.

Halo Infinite isn’t simply the next release in the iconic Xbox franchise, it’s a platform that will evolve over multiple years. And this is the first step in that journey.


In Halo Infinite we see the return of close-quarter Arena action, Team-based rounds playing out in large open spaces filled with power-ups, gadgets, and classic Halo vehicles. Plus modes like Capture the Flag. The same focus on a level playing field is here, with all players beginning at the same level and having to scavenge and “level-up” their arsenal through play. Underneath it all sits the precise and fluid gun-play that Halo is known for, where traversal has momentum, weapons pack a punch, and player skill is rewarded. 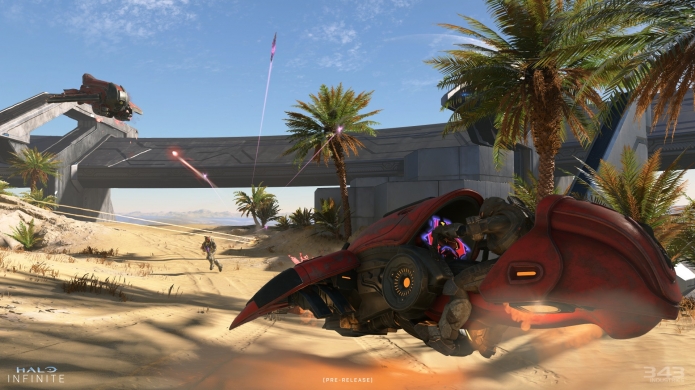 Halo Infinite is not only set to present the sort of Halo multiplayer that fans know and adore, it’s pushing the series forward in ways that feel modern. "How do we respect the legacy that came before us, but still build something that feels new?", asks Tom French, Multiplayer Associate Creative Director. With the answer being a suite of very cool gameplay updates that cover just about everything.

Vehicles can take damage, meaning you can drive a three-wheeled Warthog at reduced speed and maneuverability. Vehicles and weapon pods can drop into the map adding a dynamic battlefield-feel. Larger vehicles can even store Power Weapons and objectives like flags. Infinite is introducing an inventory system where picking power-up allows you to choose when and where to use it. Being Halo though, and keeping with that clean slate ideal whenever you respawn, going down whilst still holding onto a shield boost means you’ll drop the item. The grappling hook not only opens up the traversal options, but you can also use it to pull weapons to you from across the map. Yeah, very cool.

Bringing it back to the question of modernising Halo, David Garza, Lead Multiplayer Engineer adds, “the answer to that question is the sandbox”. Halo combat has always allowed for player creativity to sit alongside the physics and mechanics, and here everything is more detailed and modern than ever.

The Academy is Where it All Starts

"Not only are we free-to-play, but we're free-to-play across PC and Console,” says Joseph Staten, Head of Creative for Halo Infinite. “What that means is we're able to get the biggest audience we've ever had, and everybody gets to play with no barriers - and even better your progression carries over from one platform to the next."

"Not only are we free-to-play, but we're free-to-play across PC and Console. What that means is we're able to get the biggest audience we've ever had, and everybody gets to play with no barriers."


For newcomers it all begins in The Academy, an in-universe location that houses a variety of training courses and the ability to hone your skills against bots. “The Academy is a place you can go onboard into the experience,” says Sara Stern, Multiplayer Academy Designer. “It's great for newer players to pick up the controls or for players to warm up before heading into matchmaking."

Again it’s all in-universe stuff -- so you’ll also learn about the Halo universe, Spartans, and what’s what. 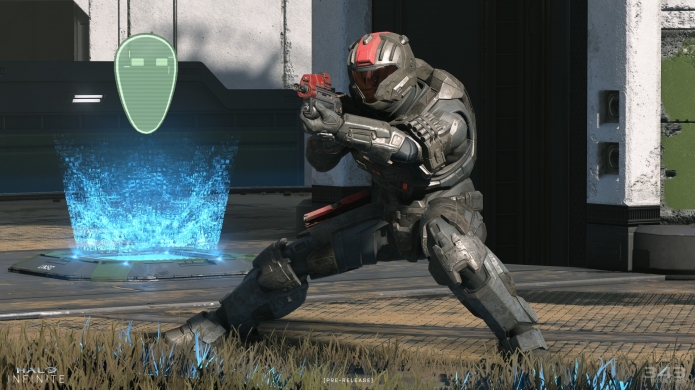 "We're taking that awesome legacy or classic Halo combat experience and modernising it in ways that will feel fresh to old players and really exciting to new players,” says Joseph Staten, Head of Creative for Halo Infinite. “We're going to give you great ways to customise your Spartan, really make your super soldier your own, and we're kicking off a journey. An experience that's going to evolve month to month, season to season, year after year."

Customisation in Halo Infinite is extensive to say the least, you’ll be able to change the look and feel of your Spartan right down to individual armour pieces and the bits and pieces that make up all of the weapons. Not only that but you’ll be able to customise the look of your Spartan underneath all of that gear, which is being done to give all a very personal feel.

"We're coming at this from a player first mentality,” adds Ryan Paradis, Live Design Director. “What that means is that there's no random loot or loot boxes. It's very important to us that everyone understands exactly how they unlock customisation content. And we have a variety of places where they can do that. First off is the Battle Pass."

When it comes to seasons and Battle Passes, Halo Infinite is going the extra step to make it all accessible at any point -- meaning there’s no expiration date and you can jump in and work through unlocks and progression from past seasons. 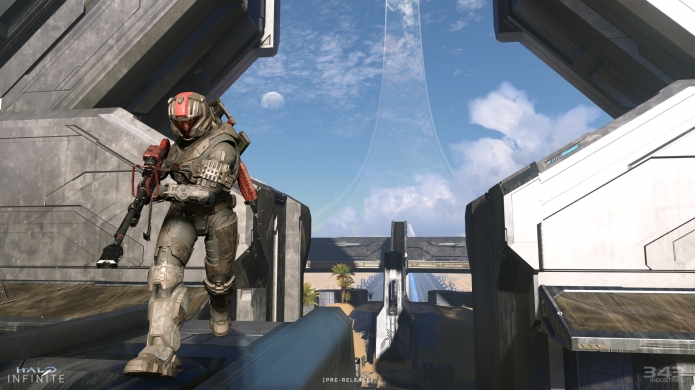 In Halo Infinite everyone has their own personal AI that acts as the announcer, and it can be customised. It’s a small but important touch to making everything feel like it belongs in universe, right down to in-match announcements like the opposing team picking up the flag in a round of CTF.

"We're kicking off a journey, an experience that's going to evolve month to month, season to season, year after year.""


And building on The Academy setup, there’s also a detailed bot system where you can set all manner of parameters to create custom matches or little Spartan training exercises. Bots in a multiplayer game aren’t new, but what we’re seeing here plays into the Halo sandbox in ways that look fun. All adding up to Halo multiplayer that is shaping up to be the series’ most robust to date.

Halo Infinite is out Holiday 2021 with Halo Infinite Multiplayer being free-to-play on Xbox One, Xbox Series X and S, and PC (via the Windows 10 Xbox App and Steam).
Read more about Halo Infinite on the game page - we've got the latest news, screenshots, videos, and more!
Tweet