With GeForce RTX 30 Series and AMD RX 6000 Series graphics, and the dawn of HDMI 2.1 -- we’re bringing you our picks of the best gaming displays as announced at CES 2021.
The Best Gaming Displays Coming This Year
Cyberpunk 2077 - How DLSS and Ray Tracing Present a Vision of the Future
Post by KostaAndreadis @ 03:25pm 08/01/21 | Comments
NVIDIA’s Deep Learning Super Sampling or DLSS became one of the most talked about bits of tech in 2020, and for good reason. As seen in Cyberpunk 2077 and its stunning futuristic Night City, it’s the sort of thing that will drive the future of games.

Running on a high-end PC, Cyberpunk 2077 is one of the most impressive looking and technically advanced titles currently out there. Setting aside real-time ray-tracing and other special effects (for a moment), the vision of Night City that developer CD Projekt Red has created shines brightest here. Often literally, thanks to the generous dose of neon found throughout its detailed regions and densely packed streets.

As the follow-up to the brilliant The Witcher III: Wild Hunt, it should come as no surprise that each building, storefront, or warehouse is packed with the sort of detail that feels lived in. Where each corner has enough story to fill up its own game. From people sporting the latest in fashion and CyberWare, to vendors selling food and vice in equal measure, garbage piling up in graffiti-filled alleyways, billboards advertising the latest in carbonated drink technology, and retro-cool cars driving past -- it would be an understatement to call it the next step, or evolution, in open-world design.

Powered by a suite of ray-tracing effects covering reflections, global illumination, shadows, and more, seeing Cyberpunk 2077 in motion is, well, next level.


Powered by a suite of ray-tracing effects covering reflections, global illumination, shadows, and more, seeing Cyberpunk 2077 in motion is, well, next level. Being able to walk from an apartment building onto a busy Heywood intersection and not only have that be seamless and devoid of a loading screen but feel real is something else. There’s no doubt that what CDPR has pulled off here is nothing short of a technical feat, and in partnering with NVIDIA the results can be seen the moment you fire up the game on the latest GeForce RTX 30 Series graphics card.

The magic though, lies with DLSS -- NVIDIA’s Deep Learning Super Sampling, AI-based rendering that not only improves performance at higher resolutions (with or without ray-tracing), but presents an image as crisp and detailed as its natively rendered counterpart. What makes the DLSS implementation in Cyberpunk 2077 so incredible is not that graphics hardware might struggle to keep up when it's turned off, but that it allows the game to look this good in the first place.

Running on a high-end PC, Cyberpunk 2077 is one of the most technically advanced and visually impressive games ever made... because of DLSS.

DLSS - A Glimpse at an AI Powered Future 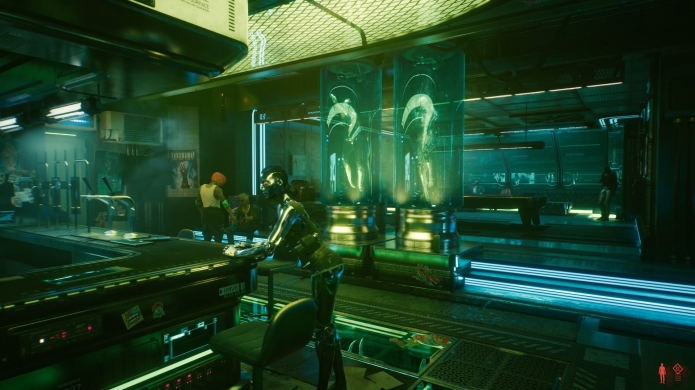 So then, what is DLSS? Is it like taking a lower-resolution image from a game and then upscaling that in much the same way a BluRay player would do the same whenever you popped in a DVD? Is it like the PlayStation 4 Pro’s checkerboard rendering? The answer is of course no, but DLSS is a form of image reconstruction aka upscaling. Albeit one born from NVIDIA’s own AI supercomputers and expertise in the field. Where outside of GeForce, NVIDIA dabbles in fully-functional self-driving cars and training AI to recreate the Namco classic Pac-Man just from simply watching it being played.

When NVIDIA released the GeForce RTX series back in 2018 it did so with dedicated ray-tracing hardware called RT Cores and AI hardware in the form of Tensor Cores. Fast forward to 2021 and everything from the RTX 3080 to the RTX 3070 and the RTX 3060 Ti features third-generation Tensor Cores, allowing each GeForce RTX card to basically run a complex AI network the same time RT Cores are doing their ray-traced thing and the underlying graphics hardware is rendering the on-screen visuals.

What makes the DLSS implementation in Cyberpunk 2077 so incredible is not that graphics hardware might struggle to keep up when it's turned off, but that it allows the game to look this good in the first place.


Putting it this way it’s not hard to see why something like DLSS is viewed as a ground-breaking bit of tech. With one click of a setting you see the sort of performance increase that goes beyond a simple bump, landing firmly in the realm we call a Generational Leap. Like anything new it took a while for DLSS to mature, it wasn’t until 2020 that it made everyone stop and take note.

Even in a year of new architecture and consoles and various other bits of hardware, the arrival of DLSS 2.0 is up there as one of the most important tech launches we’ve seen. With the results across Remedy’s Control, Activision’s Call of Duty: Black Ops Cold War, and now CDPR’s Cyberpunk 2077 effectively doubling performance (depending on the setting used) -- it’s the sort of feature that highlights just how important innovation in areas outside of raw power or grunt can be. Seeing it all happen in real-time cements NVIDIA’s effort as nothing short of a true game changer.

For Cyberpunk 2077, the effect is as futuristic and impressive as any bit of CyberWare of Braindance you can jack into. It transports you to the future, with visual quality and performance that would otherwise be impossible to pull off.

A Ray-Traced City Full of Wonder 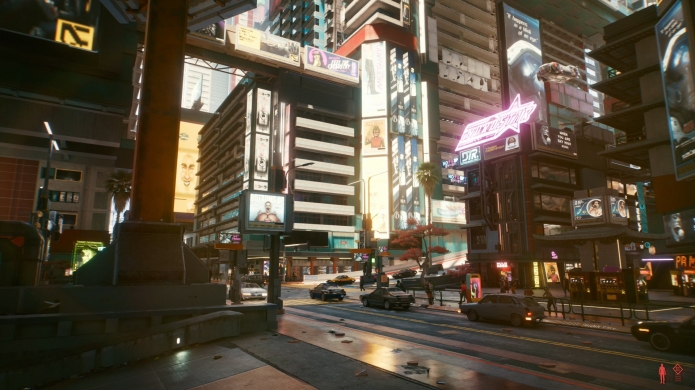 Like Remedy’s Control, Cyberpunk 2077 features a full suite of ray-traced effects to up the immersion, the detail, and the realism found throughout Night City.

Ray-Traced Reflections see mirror-like surfaces reflect the world and nearby surroundings in a way that is immediately noticeable. Ray-Traced Ambient Occlusion removes that sense you get of objects looking like they’re sitting there floating over the world by creating clear and realistic depth on everything from buildings to vending machines to pieces of cardboard that might be strewn next to a garbage bin.

With RTX On and DLSS On, Cyberpunk 2077 -- as weird as it sounds -- stops looking like a game. Add up all the above, alongside DLSS rendering, and the result is cinematic immersion unlike anything you’re likely to have seen or played before.


Ray-Traced Shadows correctly render the density and intensity of shadows both near and far, another step in creating a consistent and immersive Night City. Ray-Traced Global Illumination accurately deals with how light scatters and moves about a scene and from object to object. At its most basic level the orange glow of the afternoon sun will give that same hue to the floor inside a windowed room. And finally, Ray-Traced Diffuse Illumination sees the seemingly countless neon lights found throughout Night City interact with the world and its many objects in a realistic fashion. 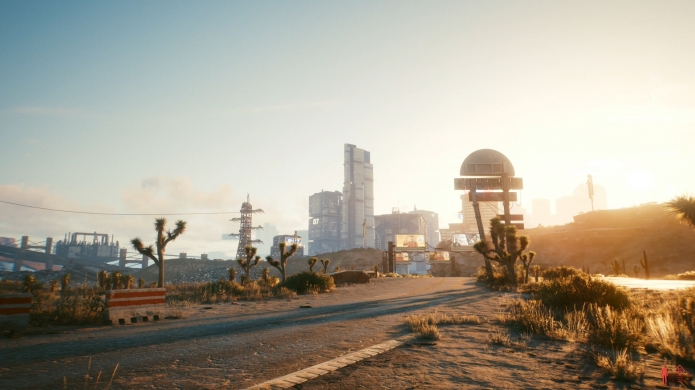 ‘Cinematic’, ‘immersive’, these are terms you often see used to describe big AAA-style productions, digital worlds full of character, story, and exploration. With RTX On and DLSS On, Cyberpunk 2077 -- as weird as it sounds -- stops looking like a game. Add up all the above, alongside DLSS rendering, and the result is cinematic immersion unlike anything you’re likely to have seen or played before. Technical descriptions aside the result isn’t impressive because you can see the difference in side-by-side shots -- that is, your RTX On and RTX Off images and video clips.

Moving from day to night, from inside a building to out on the streets, from inside a vehicle to an open field and then inside a shack - consistent and realistic lighting thanks to ray-tracing and AI-powered rendering makes it look and feel cinematic in ways games rarely do. In ways open-world titles basically never do.

Cyberpunk 2077’s expansive world and Night City setting offers up a glimpse into an impressive future, and with the right hardware playing on PC does the same.
Read more about Cyberpunk 2077 on the game page - we've got the latest news, screenshots, videos, and more!
Tweet