Overwatch 2 is launching this October, and with a big reveal stream showcasing what's in store, we break it all down...
Overwatch 2 - Everything You Need To Know
Cyberpunk 2077 - Review in Progress
Post by KostaAndreadis @ 03:59am 08/12/20 | Comments
Our first hours in Night City as we begin to form a neon-lit picture of the breadth and scope of Cyberpunk 2077. 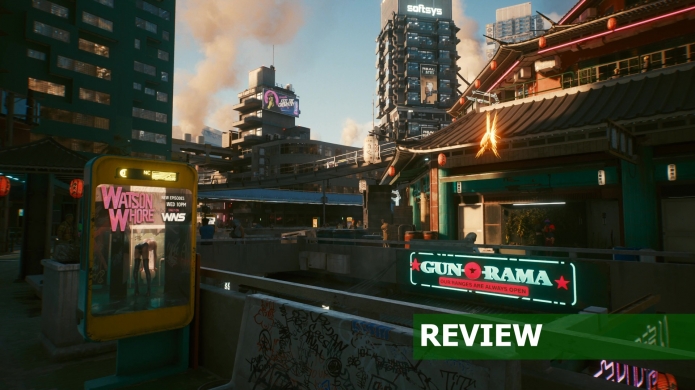 Being overwhelmed can have a negative connotation when viewed purely from the perspective of, well, digital stuff. And that is a large world to explore; an expansive story to experience; a map littered with characters and activities and quests and things to do. Icons everywhere -- where being pulled in so many directions, whilst still trying to figure out mechanics, means that even after a dozen or so hours there’s a sense that you’re still in ‘Intro Mode’.

That moment -- the one alluded to above -- is how you begin your Cyberpunk 2077 adventure. And the ensuing hours thereafter, well, they’re indeed overwhelming (though not for the reasons mentioned above). Instead it's a feeling akin to visiting a new sprawling city for the first time. Where your eyes and brain activate their own organic form of CyberWare™ in order to process the sights, sounds, signage, vehicles, people and fashion. The bustle. Night City is quite unlike anything we’ve ever seen, with detail and a sense of scale that is truly awe-inspiring. 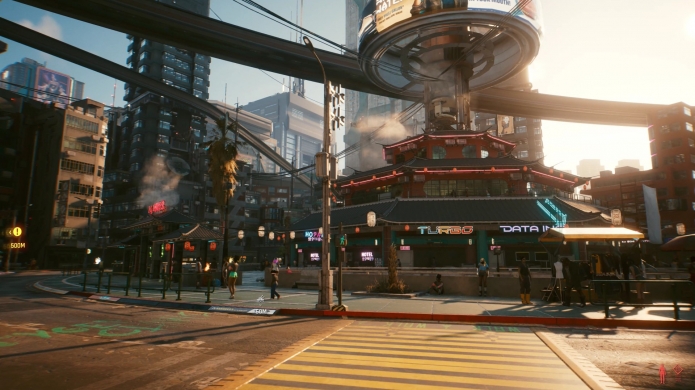 A sensory feast of towering buildings, people, animated billboards, vehicles, shops, back alleys, and more. The auditory mind isn’t entirely equipped, honestly, in our modern mindset to understand it. But, damn it’s rad. Night City and its districts present a futuristic megalopolis that stands as one of the greatest achievements in videogame history -- where art, interactivity and technology come together in such a way as to make the impossible, well, possible. The other ingredient is history, lore and a world that drips in detail -- often literally. With steam and puddles and rain pouring over business signs and branding, and characters that have a lifetime of story to impart.

It's a feeling akin to visiting a new sprawling city for the first time. Where your eyes and brain activate their own organic form of CyberWare™ in order to process the sights, sounds, signage, vehicles, people and fashion. The bustle.


This is, of course, bolstered by cutting-edge technology, and on a high-end rig powered by NVIDIA’s latest GeForce 30 series of graphics cards; real-time ray-tracing, and DLSS work together to add a dose of proper next-gen to immersion thanks to cinematic lighting on par with, well, cinema. That is, the realisation of a vision beyond what we’ve seen so far on the still brand-new and impressive PlayStation 5 and Xbox Series X. With the right hardware Cyberpunk 2077 is basically next next-gen. 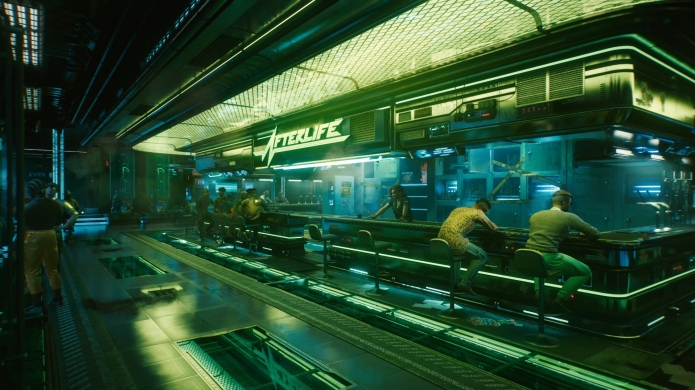 This is not to say these impressions of Night City (or this review) is limited to the ‘RTX On’ PC version, but with an RTX 3080 or even RTX 3070 -- the presentation goes from a stunning open-world unlike any other to feeling like you’re there, in an insanely detailed vision of the future. In other words we haven’t been playing Cyberpunk 2077 this past week as much as we’ve been living in Night City.

Built using developer CD Projekt RED’s own Red Engine, the Night City we get to see and explore is one of those rare experiences where it feels like you’re witnessing some of the most evocative concept art come to life. Based on the pen-and-paper roleplaying game from the 1980s, created by Mike Pondsmith, the art direction is what you might call “retro-cool”; hardware and structures that feel lived-in; neon and chunky, like. Cyberpunk’s version of what we know of as the internet captures this spirit by presenting pages on a lo-fi browser but on the sort of transparent display you might envision existing decades from now.

From there braindancing involves experiencing memories and experiences by jacking them into your brain -- the future’s number one form of entertainment. Outside of overtly sexual legal dramas. 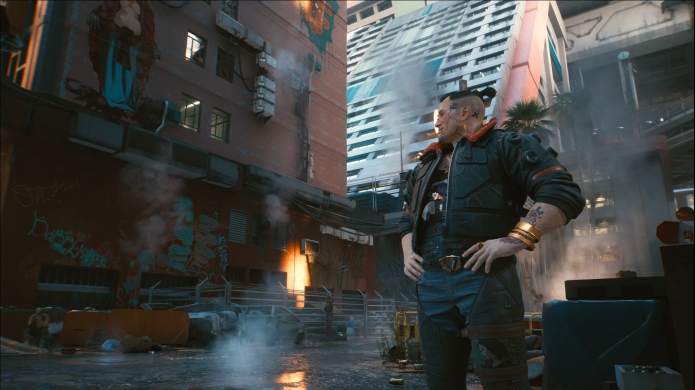 Night City is such that it can change the way you play and move about. For instance, heading to a meeting across town might mean walking that kilometre or so, while stopping at each intersection only to cross when it’s safe, casually taking note of all those passing by, and momentarily basking in the lights and sounds emanating from street vendors, hotels, and storefronts. In a sense, Cyberpunk 2077 can quite easily turn you into a digital tourist, even though protagonist V is anything but.

The Night City we get to see and explore is one of those rare experiences where it feels like you’re witnessing some of the most evocative concept art come to life.


A hustler born and raised on the streets (as per the StreetKid life path), living in the diverse and lived-in Watson and looking to make it big, V is both defined and something of a blank canvas. Especially when compared to Geralt, the star of developer CD Projekt RED’s last RPG outing -- The Witcher III. Played from a first-person perspective and being able to choose not only V’s look but eventual skill-set and behaviour plays into those initial moments of feeling like you’ve stepped off the interstate bus and into a new city. 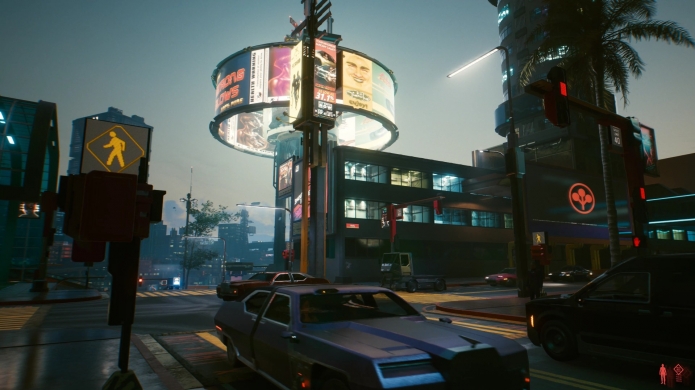 Given time, of course you become V, and a citizen of the complex Night City, while knowing full well the importance of Breaching a target, using elemental damage, and even a skeletal upgrade to improve bone density and his or her jumping ability. A twisted vision of the future where capitalist ideals, techno-driven evolution and unchecked human nature results in beauty and violence in equal measure. Probably a lot more of the latter with the advent of augmentations that do nothing to help humanity’s capacity to keep up with change.

It’s understanding the world that informs the brisk and engaging combat, pure FPS skills don’t make sense here on the account of there being an augment that will boost speed and reaction times to turn V into a self-guided™ esports MVP. The fact that you can wield a rare pistol that features smart auto-tracking bullets that set people on fire feels almost superhero-like in nature. Or, more specifically, supervillain-like. Then there’s tech that lets you breach and cause someone’s augmentations to overheat and catch fire. You can also hack someone’s optics to switch them off, allowing V to pass unseen. No fire, but there’s probably a Ripperdoc in Night City that sells some sort of eye combustion tech. 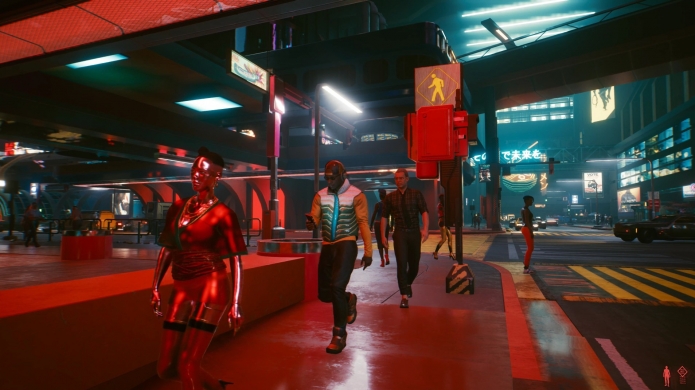 Cyberpunk 2077’s combat is fast, but it still falls firmly into the realm of the RPG -- especially when played on the higher difficulty settings. There’s that traditional ‘holy moly these skill trees and CyberWare options are insane’ sense of overwhelming, but it's befitting of the world in which it’s set. Here the base stat of ‘Cool’ opens up stealth upgrades and the chance to land a critical hit. ‘Tech’ informs crafting and being able to bypass security doors without a fuss.

Cyberpunk 2077’s combat is fast, but it still falls firmly into the realm of the RPG -- especially when played on the higher difficulty settings.


The choices are as vast as they are detailed, yet Cyberpunk 2077 does that odd thing of keeping quite a bit of the experience inside menus and static screens. Not only in terms of inventory but also in buying clothes or food or sorting through nearby quests -- a disconnect that feels a step behind the intuitive hud-as-implant UI.

Choice across dialogue, the jobs and gigs you take, and the way in which you approach a task becomes more than a simple case of stealth or guns-blazing. Weapons play an important role, and Cyberpunk is very action-heavy, but it’s through a grasp of skills, abilities, CyberWare, and other tools that the true scope becomes apparent. 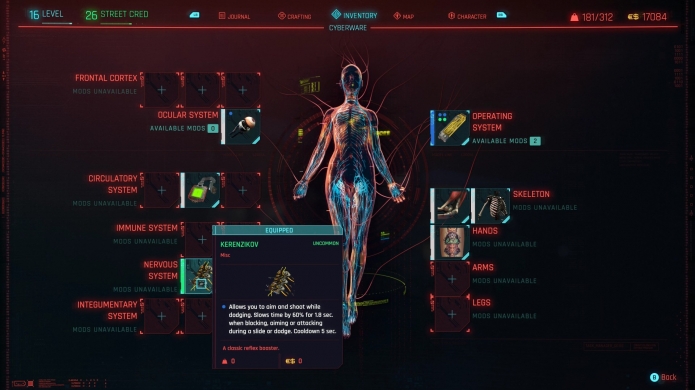 Night City is a place where corporations and gangs and authority figures exist in a volatile, ready-to-blow state, and the more time you spend within its towering confines and neon glow the more you begin to get a sense of this unflinching depiction. And the more you begin to see the Tyger Claws, the Animals, the Voodoo Boys, and others as their own little pockets of culture, hierarchy, style, behaviour, and power. Where you can become involved or simply use them all as a means to earn Eddies. So you can buy that sweet new ride that looks like something cooked up in the mind of an 80s cokehead.

Humanity’s darkest desires and love of all things born from greed can be found just about everywhere you look - though it’s never a case of shock for the, you know, shock value. Even discovering the world of illegal BD’s (Braindances), that is the creation and selling of disturbing memories you can experience, you can see how it got to this point. Just by observing the physical cracks in the walls, the not-so-hidden squalor and desperation found in the alley-ways, the gang-ridden streets where cops feel almost second-tier, it’s a world that is both cruel and one that hasn’t stopped even for a second. For decades. 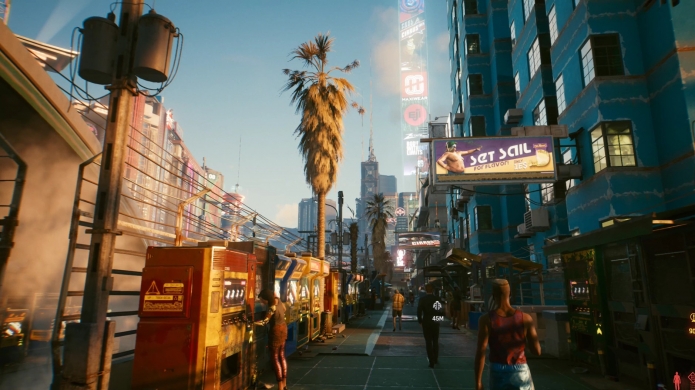 And it’s this pace that ties into the overall narrative, which involves stakes both personal to V and the very soul and future of Night City. Without going into specifics, CD Projekt Red takes the wonderfully rich character-driven moments from The Witcher and applies that to the location as much as it does to the almost endless string of wonderfully realised faces (and overly augmented faces) you meet.

Humanity’s darkest desires and love of all things born from greed can be found just about everywhere you look - though it’s never a case of shock for the, you know, shock value.


It was this side of The Witcher that led to the eventual creation of the dramatic Netflix series being associated more so with the games than the novels on which they were based. A great story, or multiple, in the stunning location of Night City is the other half of the overall picture. And in peppering the streets with surprise and discovery CDPR pushes Cyberpunk 2077 into the realm of all-time greats. A world in which you want to spend dozens of hours or however long it takes for V’s journey to reach some sort of end. But, in a way that keeps your attention firmly away from the clock or arbitrary checklist counting off busywork as a means to add breadth.

Cyberpunk 2077 is an experience that reminds us that chatter about playtime, the number of quests, and other measures of density or length become meaningless when an open-world RPG lives up to its promise. And no matter the amount of time spent, simply existing is reason enough to visit. Much like the evocative setting of Night City, where the promise of greatness is another gig or upgrade away, we’ve still got many more hours to put before we’re ready to hit those heights.

This review in progress will become our full verdict, with additional notes, in the coming weeks.
Read more about Cyberpunk 2077 on the game page - we've got the latest news, screenshots, videos, and more!
Tweet