Perhaps the best in the franchise yet, and it wasn't even lead by either of the A or B teams...
Call of Duty: Black Ops Cold War - Our Full Review
The Elder Scrolls Online Concludes its Journey into Skyrim with Markarth
Post by KostaAndreadis @ 04:11pm 04/11/20 | Comments
The yearlong Dark Heart of Skyrim narrative concludes with one last visit to an iconic Elder Scrolls location.


For those of us that have played The Elder Scrolls V: Skyrim on current-gen consoles, past-gen consoles, again on PC, and then once more on the Nintendo Switch – its world is not only familiar but in a sense a digital home away from home. In all honesty it wouldn’t be that hard for me to make the transition to Skyrim Tour Guide if such a thing were possible. And, you know, if it were in fact a real place.

“Over here, we’ve got Whiterun and if you’re parched, I recommend some mead from The Drunken Huntsman*.”

Speaking to the development team over at Zenimax, who were providing me with the very same sort of tour - sans any kickbacks from the citizens of the Reach but on top of a group mount - getting to see the faithful and highly detailed recreation of Markarth up close was nothing short of a treat. As was learning that the architecture and layout of the location was recreated in full without, you know, the old cut-and-paste over from Skyrim to The Elder Scrolls Online. 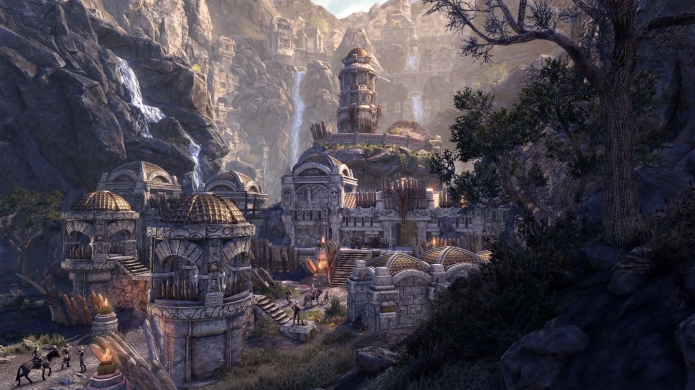 Turns out the city’s plans and architectural maps have all been maintained and looked after over at Bethesda. Like all the stone steps found within – of which there are just as many as I remember - everything is in its right place.

Getting to see the faithful and highly detailed recreation of Markarth up close was nothing short of a treat.


This year The Elder Scroll Online has made the trek back to the icy tundras and wind-swept mountains of Skyrim at large, using the iconic location as the setting for its year-long The Dark Heart of Skyrim narrative. Which, as per the title, has been dealing with all manner of vampiric redness and werewolf-y wolf-ness – brought to the fore in the major Greymoor expansion from earlier this year.

The yearlong story is set to conclude with Markarth – with players venturing out to the Reach, alive and bustling with activity, embarking on a new quest. Albeit said activity comes via ESO’s very different timeline, where the difference sits at around 1,000 years or so from the events in The Elder Scrolls V. As the snowiest and rockiest region in Skyrim, the blend of ancient structures and harsh conditions presents a different feel to the areas found in Greymoor. Which is very cool because Markarth and the Reach have always stood out as distinct and very different, not only in terms of Skyrim, but The Elder Scrolls as a whole.

Even though the faces and camps and political standing and threats are different (this time around the story deals with The Reachmen), walking through the massive gates of the ancient stone city of Markarth and trekking all the way up to Understone Keep stirs the very same awe found in the city’s original digital debut. There’s a definite sense of familiarity, with buildings of note being where they should be alongside the ancient stone that makes up the city’s architecture. And the crafting tables situated right there in the middle atop a stone spiral.

But there’s just as much happening below the surface in Markarth, as seen in Greymoor Blackreach plays a major role in Markarth and the wider Reach. Presenting players with more opportunity to explore the underground city full of Dwemer ruins at a scale that offers up as much glowy-cave action as you’ll find on the icy surface. This time though an improved map with a better sense of scale and place has been added, where you can enter the underground location in a distant point in Skyrim, only to pop up in Markarth knowing where you’re going and where you’ll end up.

If you manage to survive the trek that is. Because, yeah, insane Dwemer World Bosses make a return too. 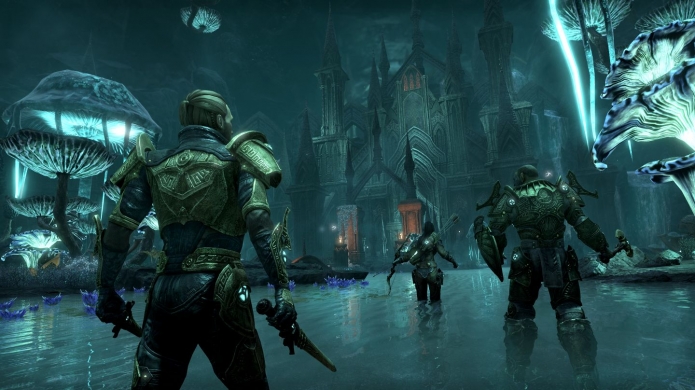 As a standalone bit of content, connected to the larger story told throughout 2020 – fans of The Elder Scrolls Online will know what to expect. And that’s not said from a position of complacency, in recent years ESO has hit something of a confident and impressive stride – storytelling and meaningful exploration mixed with co-op goodness and extremely well-designed dungeons tied to both lore and the wider world.

There’s just as much happening below the surface in Markarth, as seen in Greymoor Blackreach plays a major role in Markarth and the wider Reach.


From a main story with new villains and friendly faces to delves and other points of interest, the Reach is presented as a brand-new (yet ancient) location to explore and discover in The Elder Scrolls Online. There’s also some newness to be found too, with the Markarth DLC introducing the first single-player arena called Vateshran Hollows – which is poised to push even the most hardened vets to the test. And serve as a great place to see what the new sets and gear can do.

Above all though, it presents an iconic Elder Scrolls location in a new light - one well worth diving (and delving) back into.

The Dark Heart of Skyrim’s epic concludes with the Markarth DLC game pack and Update 28, available now on PC and arriving November 10 for Xbox One and PlayStation 4.
Read more about The Elder Scrolls Online on the game page - we've got the latest news, screenshots, videos, and more!
Tweet