Is it game enough to fill the Gerudo Valley-sized gap in our collective souls? Can it quench the unquenchable heart that lies still, awaiting the return of Link in Breath of the Wild 2?
Hyrule Warriors: Age of Calamity Review - A Link to the Past
Yakuza Goes Full RPG In The Wild And Brilliant Yakuza: Like a Dragon
Post by KostaAndreadis @ 02:22pm 13/10/20 | Comments
We've spent several hours in Yakuza: Like a Dragon's vibrant Yokohama, where we fell in love with the new RPG approach to combat and the wonderful new protagonist Ichiban Kasuga. 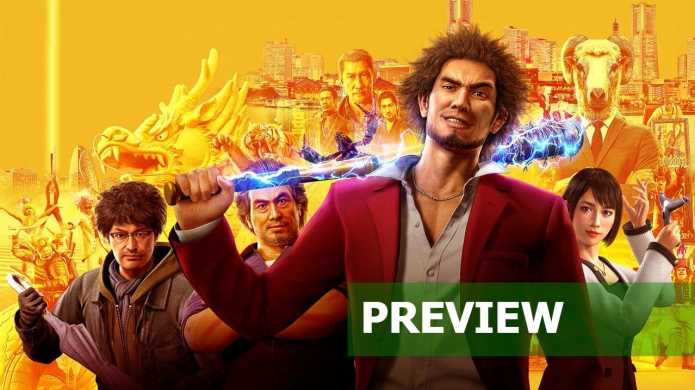 If you’ve never played an entry in SEGA’s long-running Yakuza series and know someone who has, odds are they’ve let you in on how great the experience can be. How fun, quirky, crazy, and very Japanese it all is. Which is to be expected for a franchise that has always set its action in modern-day metropolitan Japan, focusing on criminals and gangs and pop culture circa anytime between the 1980s through to the 1990s and today.

Shitty FM radio station tagline aside, for the quick elevator pitch Yakuza is very much a series in the style of SEGA’s other real-world story-driven life-sim-meets-mini-game-thing - Shenmue. Except a lot more engaging, over-the-top, surprising, and chock full of mini-games ranging from dating simulations to karaoke and even baseball. Plus, combat akin to a beat-em up crossed with straight-up 3D fighting.

In Yakuza: Like A Dragon you can walk into an arcade and play some arcade-perfect Virtua Fighter - if fighting is what you crave.

I say that because next to featuring a brand-new protagonist and narrative with only minor connections to the Yakuza games of old - Yakuza: Like A Dragon shakes things up considerably. With the game set to debut on the Xbox Series X and PC next month, it presents a new high watermark for the franchise. Big call sure, but it all boils down to how it sets aside the real-time beat-em-up combat found in seven or so titles to date for traditional turn-based JRPG action.

Yakuza: Like A Dragon shakes things up considerably. With the game set to debut on the Xbox Series X and PC next month, it presents a new high watermark for the franchise.


The style you’d normally associate with a SNES or PlayStation-era Final Fantasy or Dragon Quest.

The game's protagonist Ichiban Kasuga loved playing Dragon Quest as a kid you see, and viewing himself as a hero of sorts battles are presented as an “in his head” fantasy full of over the top representations of real-world situations or oddities.

Battle transitions with quintessential battle-music happens on-street and from there real-world foes and allies in Kasuga’s party transform into heroes with over-the-top abilities and classes based on real-world modern-day things. Cast a ‘Nap Time’ healing ability with Ichiban’s homeless cohort Yu Nanba and in the space of a single seconds he’ll throw down some cardboard, take a nap, and recover health.

Help someone out in one of the many side-stories and side quests ranging from a down on his luck S&M customer wanting to feel pain and love through to a small child wanting nothing more than to raise money for her sick brother, and those characters may end up as Final Fantasy-style ‘Summons’. With Ichiban able to call them mid-battle - via his phone - for an elaborate and borderline insane animated sequence of JRPG goodness.

One of these involves calling in a crustacean he saves from being eaten in a honest to goodness touching tale. Some of the Yakuza of old remain in the new approach, with objects in a character's attack path automatically incorporated into the attack. Like, say, a witches hat, crate, or bicycle.

As a series Yakuza has always been something of a strange one, in that it’s story veers from surprise to pathos to outright hilarity and sometimes shocking violence. Albeit with writing that goes from honest and raw to weird, expositional, and outright clunky. 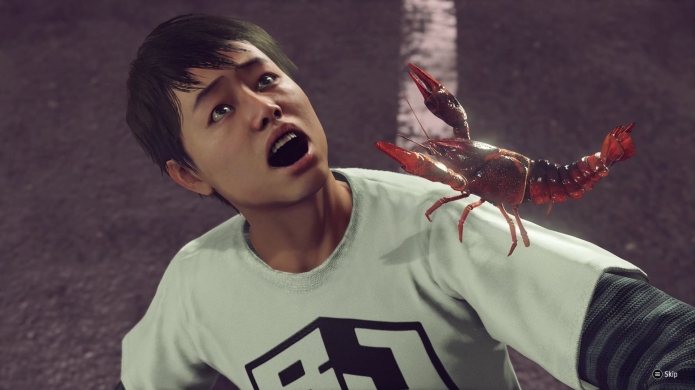 The JRPG angle here might seem like another stab at something wild or different, like the new Dragon Kart mini-game that sees you join a Mario Kart-style league for a surprisingly engaging series of city-based races. Or the new business management sim that sees Ichiban become the CEO of a fledgling company, make commercials, and then attend shareholder meetings in order to grow and fend off the competition. Which is as cool as it sounds.

Even though the turn-based nature of encounters are simple, to the point of repetition ala getting sucked into a fight every few steps as found in many a JRPG from the ‘90s - it serves as the glue to hold together.


Even though the turn-based nature of encounters are simple, to the point of repetition ala getting sucked into a fight every few steps as found in many a JRPG from the ‘90s - it serves as the glue to hold together.

Like a Dragon is a Yakuza experience and game that feels more cohesive and less disparate than ever before. Which is a weird thing to say, but the whole RPG angle makes every mini-game, each strange encounter, each “dungeon” of hallways and fights, feel like a piece of a larger videogame whole. Having a cool Jazz bar as a hub to unwind and get to know your party - whilst also partaking in a little karaoke - is a brilliant touch. And one that keeps with the series’ tradition of leaning into story at almost every turn. This is perhaps the game’s secret weapon, Yakuza: Like A Dragon isn’t over the top for the sake of being over the top - it’s all grounded by characters you can empathise with and stories that are, well, sweet. Even the tale about an S&M customer yearning for pain ends up being touching.

And then there’s Ichiban.

As a young member of the Yakuza, Ichiban takes the fall for his family, serves 18 years in prison, gets double-crossed, ends up homeless, and then tries to make a new life for himself in Yokohama. This is the overall setup, the lengthy cinematic and engaging story that plays out over several hours as each new element, minigame, character, and quirk is introduced.

Although we’ve only spent time with Ichiban and crew in a preview build, the story in Like a Dragon is not only up there with the best in the series but party-based JRPGs too. Ichiban Kasuga is immediately engaging as a protagonist - quick to help out anyone, loyal, and someone that always looks on the brighter side. His immediate party of outcasts and outliers are also fantastically realised, not to mention charming and fun to take into battle. When you stop to labour over who to potentially leave behind as you explore you know you’re in great RPG company. And that’s where Yakuza: Like A Dragon lives.

Yakuza: Like A Dragon is out November 10 for PC, PS4, Xbox One, and Xbox Series X and S
Read more about Yakuza: Like a Dragon on the game page - we've got the latest news, screenshots, videos, and more!
Tweet