NBA 2K21 is the best basketball game around... but it's also the only one.
NBA 2K21 Review
Overwatch Interview - Talking Summer Games and Lucioball Remix with Blizzard
Post by KostaAndreadis @ 03:26pm 20/08/20 | Comments
With the Overwatch Summer Games back for another year, Lucioball returns in an improved remixed form with updated mechanics and the addition of… multi-ball! 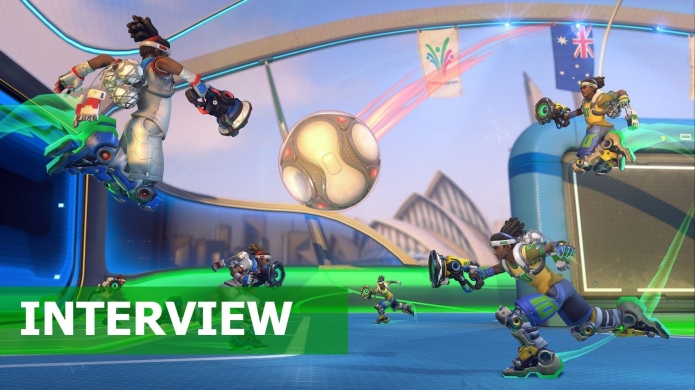 Multi-ball, that thing where multiple balls add a certain element of chaos. And excitement. How multi-ball works in Lucioball Remix is simple, there are always two balls in play and once one of those balls hits the virtual net – it respawns after a short time.

Of course, adding another ball isn’t the extent of the Remix effort, any music producer knows a good remix needs more than a fresh beat. No matter how fresh it may be. In this updated version all the Lucios on the field benefit form reduced cooldowns, increased boop range, and faster movement. And a brand-new mid-air lunge for Lucio to hit the ground running.

Plus, the maps have been given a rework too. Recently we had the chance to speak to Principal Game Designer, Michael Heiberg on the Overwatch team, to talk about these changes and the continued development on seasonal events as Overwatch enters its fifth year.

We quickly found out that the Lucioball Sydney map is now more Aussie than ever.

“Our original Lúcioball arena layouts have always felt like a missed opportunity to me,” Michael Heiberg tells me. “For two reasons: the original arena layout had very few opportunities for Lúcio to use one of his signatures moves -- wall-riding. You could wall-ride along the map edges, but you often needed to go out of your way to take advantage of the walls. Secondly, the gameplay was the same for all three locations.” 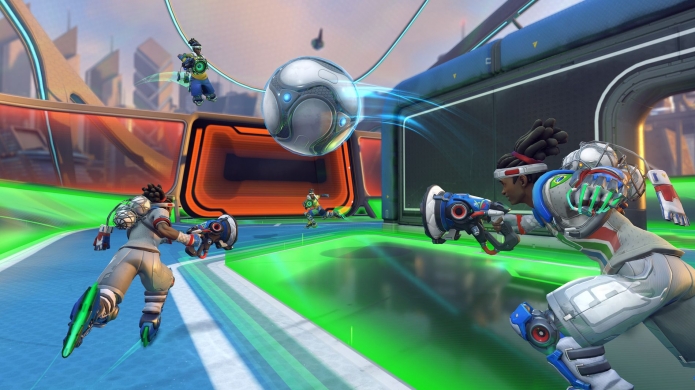 “I wanted players to care about which map they were playing on,” Michael adds. “When I was coming up with ideas for the Sydney layout, my mind kept wandering to ‘roos, which is what eventually led to most of the floor being covered with jump zones.”

Of course, the immediate addition is multi-ball, one of those ‘oh, of course’ elements for anything played with a ball. Professional soccer and footing-ball, if you’re listening add some multi-ball to spice things up.

“When I was coming up with ideas for the Sydney layout, my mind kept wandering to ‘roos, which is what eventually led to most of the floor being covered with jump zones.”


“At first, we thought it would be fun to embrace the chaos and have upwards of six balls up at all times,” Michael explains when asked about multi-ball. Turns out the idea was taken to the extreme before being pared back.

“This proved to be so much chaos that players just couldn't keep track of what was happening,” he continues. “Then we tried to escalate from two to five balls over the course of the game, and it felt like we were escalating from fun to confusion. Two to three felt like a sweet spot, so we kept it at two and used the idea of bonus balls to push some situational chaos back into the mode, without letting it escalate into madness.” 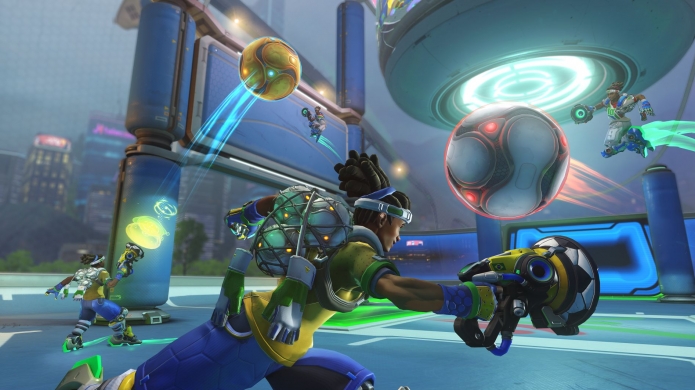 Lucioball is of course separated from the competitive core of Overwatch, and in approaching the development of seasonal brawls the Limited Time Only! nature is taken into account.

“Our seasonal brawls are generally more light-hearted and shorter-lived, so they can focus more on creating experiences and less on replayability,” Michael says. “Most of the tuning adjustments come directly from wanting players to feel like they can engage more with the game's mechanics. The increased movement speed, for example, lets players move just a little faster than the balls typically roll, allowing players to position themselves behind balls much more easily instead of just chasing them.

“We definitely bend the rules a bit in the arcade, and especially in seasonal brawls,” Michael concludes. “We don't mind exercising a little freedom with our heroes, as long as they still feel like the heroes that we love.”

And on that note the Overwatch Summer Games 2020 wrap up on August 25 so be sure to hop on for some Lucioball remix before then.
Read more about Overwatch on the game page - we've got the latest news, screenshots, videos, and more!
Tweet