An OC beast that runs cool, silent, and also happens to be built like Rolls Royce.
MSI GeForce RTX 3080 Gaming X Trio Review
Marvel’s Avengers Hands-On – A Lackluster Blend of Cinematic Storytelling and Action-RPG Mechanics
Post by KostaAndreadis @ 11:00pm 05/08/20 | Comments
With the Beta for Square Enix and Crystal Dynamics’ Marvel’s Avengers going live this weekend we had the opportunity to don a metallic suit, step into some green skin, and flex some stretchy limbs as part of a recent preview session.


Without any sort of solo-outing warm-up to ease you in, Marvel’s Avengers has somewhat of an identity problem. That’s not to say the Destiny-like co-op action-RPG setup won’t offer the sort of rewarding ability-driven superhero action that Marvel fans crave, but in a way it feels like jumping straight into the cinematic feature of the same name without any context.

Going from Thor to Iron Man to the Hulk to Captain America to Black Widow to Ms. Marvel and back again is disorienting in that you’re bombarded with combos, button presses, abilities to learn, traversal mechanics and all those things that can make up a superhero game on repeat… for hours. 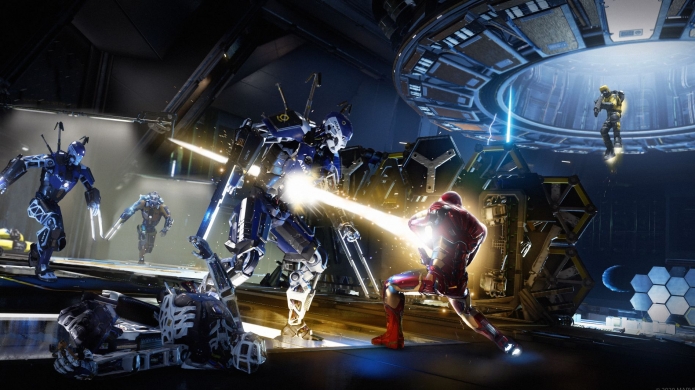 At once it’s an impressive feat on behalf of the team at Crystal Dynamics, giving the Hulk weight, strength, and agility as he lumbers around and then leaps a great distance. Giving Iron Man just about full-flight controls with the ability to hover, shoot, and of course – do a barrel roll. Switch things over to Ms. Marvel (whose origin story we’re told will account for a decent chunk of the campaign) and her stretchy limbs can turn an arm into a makeshift grappling hook one second and a giant Open Palm of Squishy Pain the next.

"Going from Thor to Iron Man to the Hulk to Captain America to Black Widow to Ms. Marvel and back again is disorienting in that you’re bombarded with combos, button presses, abilities to learn... ”


But it’s also sporadic and lacks the sort of focus seen the last time a group of Marvel superheroes teamed up in an action-RPG – the isometric Marvel Ultimate Alliance series. And on that note, we’re talking about the version from the Xbox 360 era.

The introduction here though is all big-budget cinematic spectacle, recalling the most impressive single-player action-adventures of the last decade – scripted narrative beats, limited level design, quick-time events, and more than enough eye candy to make you forget (for a moment at least) to stare at Thor’s godly cheeks. But it’s over in a Flash (sorry, wrong universe) and then you’re being taught – once again - how the other side of the game works.

The levelling, the repeatable missions, the loot system, the crafting, it’s information overload. Like a single-player title merged with a co-op looter-shooter campaign, but the result is pure late-stage Brundlefly.

Perhaps that’s a by-product of trying to cram everything into the Beta – and given enough room to breathe the need or want to learn the intricacies on display might be there.

Although the intro sequence presents it as such, Marvel’s Avengers isn’t a game in the style of Marvel’s Spider-Man or the Batman Arkham series, nor is it strictly linear or tied to the Marvel Cinematic Universe. Its story is original and lays the foundation for a new videogame interpretation of the franchise that considers 80-years of comic book history. That said, outside of Ms. Marvel most of the character designs and digital performances are often as bland and plastic as cheap figurines.

As seen in its gameplay debut from last year, the tale and gameplay begins with the San Francisco set A-Day sequence that sees the Avengers ultimately thwarted by a new threat. One that leads to the eventual rise of A.I.M. (Advanced Idea Mechanics) and more brain than body supervillain MODOK. And once the story kicks into gear, you’re presented with a persistent world in which you can team up with others to take on all manner of baddies and missions. 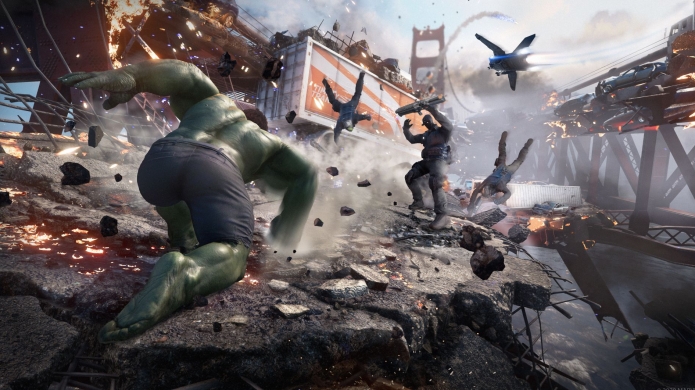 Getting your superhero squad together is painless, and through the implementation of a War Table you can scroll through various regions to select a mission to tackle. With difficulty settings and set rewards, plus drops and chests to find scattered throughout it’s a decent setup for a co-op romp – especially one where someone can become Thor and someone else the Hulk.

"Outside of Ms. Marvel most of the character designs and digital performances are often as bland and plastic as cheap figurines.”


But, even here the Beta doesn’t paint a picture worthy of becoming the cover art on an upcoming issue of Marvel’s Avengers. Most of the missions are simply one or two room affairs over in minutes – mechanics and tropes born from capture point multiplayer modes and locked off arena battles where you’re fending off waves of enemies. And then a boss simply ‘warps in’.

Of course, longer cinematic multi-stage and raid-like missions are also available, but the abundance of these repeatable missions highlights one area – outside of the potential single-player side where missions are designed around hero abilities and traversal mechanics – where Marvel’s Avengers feels a little off. 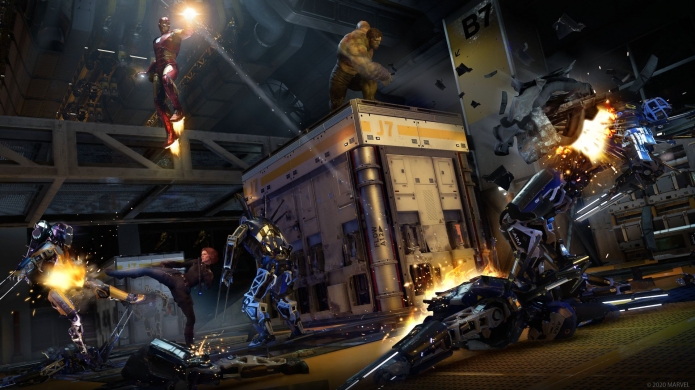 And that is the cinematic third-person over-the-shoulder camera that highlights some of the exceptional animation work and character detail but still manages to obscure individual abilities enough so that they don’t have the visual room to breathe.

Many of these abilities are naturally over-the-top, a key reason superheroes are more suitable to an isometric Diablo-style presentation than one associated with shooters. Zoom in close enough and it becomes a visual mess, especially in co-op, and one where you’re constantly fighting the camera in a way a cover-based or first-person shooter avoids entirely. Having to take on rooms full of projectile spewing robotic nasties is more annoying than engaging and is rarely interesting in any game where the main forms of attack are a light or heavy melee hit.

When you can fire up another title and sometimes do that after swinging through the detailed streets of New York City or gliding among the many skyscrapers of Gotham at night, Marvel’s Avengers – in its beta form – falls flat. Because you’re standing at a table and pressing a button to fly a multi-billion dollar flying ship to a location to do just about only that.

Marvel’s Avengers is Out September 4 for PC, PlayStation 4, and Xbox One. It will also be enhanced for PlayStation 5 and Xbox Series later in the year. The Beta begins August 7 on PlayStation 4 -- for platforms and details, head here.
Tweet