Speaking to the team at Blizzard about all things Diablo IV, we got confirmation that the team is planning some pretty epic stuff for its post-launch Seasons.
Diablo 4’s Seasons will Change Sanctuary in Dramatic Ways
Quake II RTX - Ray-Tracing Illuminates the Underrated Genius of id Software's Classic
Post by nachosjustice @ 05:25pm 30/01/20 | Comments
Like the Strogg enemies of Quake II, this Frankenstein-like mishmash of old and new breeds killer results.


Digital platforms offer an awesome way to relive old classics. Take Quake II, for instance. For me, this is a game whose teeth-rattling Sonic Mayhem soundtrack got more playtime than the game itself. And that’s coming from someone who played a lot of Quake II across campaign and multiplayer.

Then along comes the Steam or GOG version, depending on your preferred flavour. Except there’s a catch. No soundtrack. Horseshit! Thankfully, there are ways to solve this, but the bigger problem is a lack of modern resolution options and a bizarre array of default controls that haven’t aged well.


You can use a common community patch to address all of that. Or, you can download the Quake II RTX version by NVIDIA on Steam - which in a way acts like the definitive version of id Software’s classic. The first few levels are free to sample too, for those looking to simply relive their FPS glory days in-between bouts of staring outside muttering something about the neighbour’s rowdy kids.

“Quake II RTX by NVIDIA is like the definitive version of id Software’s classic."


While the music is still sadly missing out of the digital box (naturally I fixed this before replaying too much), the resolution and control options are a better match not only for 2020 but also for how I remember the game looking at the time. By adding a comprehensive real-time ray-tracing implementation that includes reflections, global illumination, shadows, and basically anything and everything relating to rays of light - 1997’s Quake II is once again one of the most visually impressive games you can play.

There is a catch though. You really need an NVIDIA 20-series GeForce RTX GPU to get the most out of it. In a pinch, you could try a high-end 10-series card – like my not-so-old 1080 Ti that suddenly, after the birth of ray-tracing, feels outdated – but you’ll have to set ray-tracing to low and even then the frame rate won’t be flash. Yeah, this is a decades-old PC game that pushes your rig in ways that Crysis can only dream of.

This is where my newly acquired NVIDIA GeForce RTX 2080 Super steps in. Despite the ageing core id Tech 2 engine that powers Quake II (for those keeping track at home, we’re now up to id Tech 7), the ray-tracing implementation has the potential to humble even a 2080 Super-powered machine. Which I learnt the hard way. When I left the resolution at my default display setting (2560x1440), Quake II RTX looked great but felt inconsistent. It wasn’t just the frame-rate dips either; movement felt floaty which, in turn, made the aiming and subsequent gunplay feel sub par. Given that newer games like Call of Duty: Modern Warfare are very playable above 60fps with ray-tracing on, albeit with more limited implementations of the tech, this felt like it was off to a bad start.

Dropping the resolution, or selecting the new resolution scaling option (which, works great), things fare a lot better. It’s not just that 60fps is essential for bouncing through Quake II’s foes at breakneck pace, the floatiness is eliminated. Acccurate aim is back on the menu.

What started out as a ray-tracing tech experiment, Quake II RTX is something that’s being built on and improved upon in a way that makes this version of the game definitive. When I first started playing (and writing this article), the implementation had some rougher edges, most noticeably in terms of optimisation. Still, switching between RTX On and RTX Off reaped immediate benefits, particularly as it relates to darker areas. Things have only gotten better in recent months - with improved lighting and more detailed reflections and new HD textures. 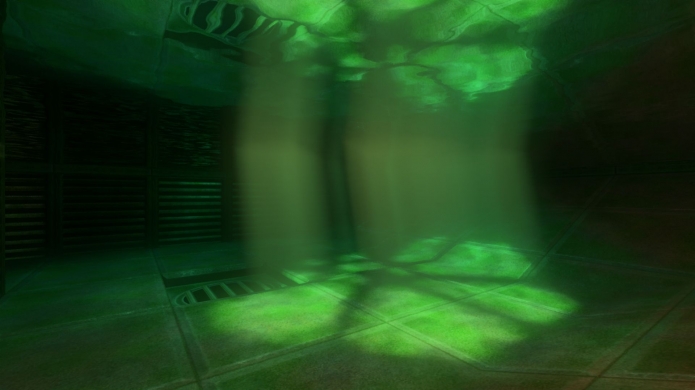 Without over-saturating the graphics with a full-right brightness boost, Quake II with RTX Off has sections so dark you might be fooled into thinking you’re battling the darker sibling of Turok’s fog or Australia’s current post-apocalyptic smoke vibe. In terms of Quake II, yes, it was there to create a vibe and, in some respects, likely acted as a tonal forerunner to Doom 3’s love of super-dark shadowy sections.


Switch RTX On for Quake II, though, and the visibility is immediately improved. Exploring a dark area with red lights (near the start of the game), for instance, now illuminates the area in a crimson hue, elevating those red lights above mere wall indicators. It also means the real-time illumination of the default Blaster is even more impressive – as is fighting the Blaster-armed Light Guards – and it’s a similar story for when you come up against Enforcers who are literally armed with a minigun. They’re a particular lighting highlight when firing, or watching their decapitated death animation as they blindly fire off the last of their ammunition. 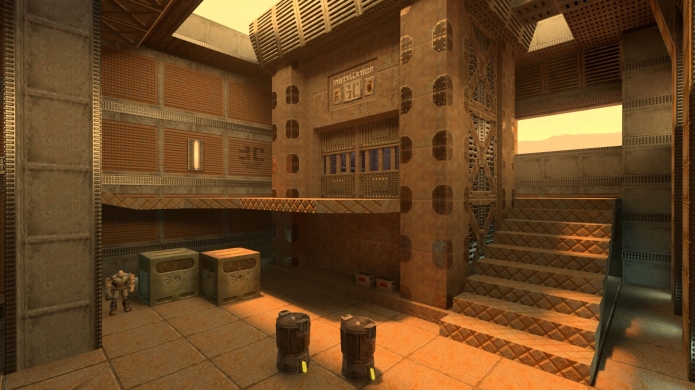 What’s more impressive is the redesigned assets in the world, like health and ammo packs, or the reflective glass surfaces. This includes windows and also, with the recent 1.2 patch, reflections on displays or other items with screens. While these reflections allow you to watch the limited and somewhat janky animations of your player character, it serves to highlight just how much ray-tracing adds to the immersion of games both old, new, and those yet to be released.

If you plug in a controller, you can use the sticks to change the sun direction, which effectively lets you turn levels from dark night to bright day. Or just manually change the time of day in the environmental settings. Either way, experiencing Stroggos during the day has its ray-tracing perks. The effect doesn’t just improve the overall lighting and give you a better look at the updated textures, it’s a particular treat in terms of god rays. Run on the surface of water for a clear reflective look at your player character. Dive beneath and you’ll see god rays seep through the digital liquid and your weapon reflected both above and below the surface. 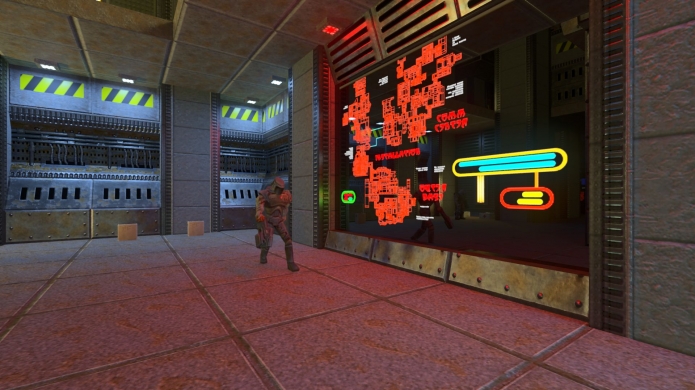 With the convenience of changing the time of day, the biggest criticism I can level at Quake II RTX is how much this kind of logic makes me wish NVIDIA would introduce shortcut support for enabling/disabling particular ray-tracing functions. Just so we can tech demo the game whenever someone visits. Like talking about VR versus experiencing it, ray-tracing is one of those bits of techs that sounds great, but then becomes a revelation when seen in person.

“Run on the surface of water for a clear reflective look at your player character. Dive beneath and you’ll see god rays seep through the digital liquid and your weapon reflected both above and below the surface."


The way NVIDIA has breathed new life into Quake II in a ‘next-gen’ kind of way with ray-tracing is pure awesome. And as time goes on will hopefully serve to inspire more ‘RTX On’ implementations in 2020, not just for new games but for the resurrection of older titles. Games that could be appreciated in a whole new light. Ray-traced of course.
Tweet