The latest June 2020 quarterly update on Diablo IV is a treasure trove of new info, so let’s break it down.
Diablo 4 Update – Open World, Events, Legendary Gear, and More
CES 2020 – The Best Gaming Tech at This Year’s Show
Post by KostaAndreadis @ 02:59pm 15/01/20 | Comments
Where we travelled to CES in Las Vegas to check out how our investment in robot butlers was doing – and to see the latest in gaming tech.


Every year CES (Consumer Electronics Show) takes over Las Vegas for a week of tech, gadgets, robots, artificial intelligence, belts that can send notifications to your phone when you’ve eaten too much, and concept cars created using the iconography and lore of James Cameron’s Avatar. Yeah, we were surprised by that last one from Mercedes – but also blown away by how cool a Na’vi inspired car can look.

CES is huge, several times the size and scope of something like E3 and covers just about anything and everything with silicon or a microchip of some-kind. In addition to hypothetical futures where we all go from business meeting to business meeting in automated Hyundai helicopter Uber things, CES is also the place where the biggest names in the industry showcase upcoming products. 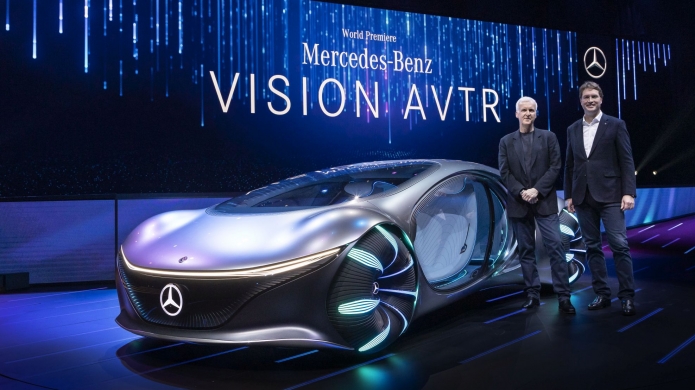 From LG to Samsung to AMD to Dell to Lenovo and others like ASUS, Razer, and MSI. When it comes to gaming the biggest innovations at CES this year centred around the advances coming to display technology in 2020. So much so that even though our main gaming display is only a few months old – we’re already looking to upgrade. The way we perceive portable on-the-go gaming and laptops will continue to evolve throughout 2020 too, thanks to the line between performance and portability continuing to blur. Now, that doesn’t mean that the traditional desktop PC is dead – it isn’t and won’t be for a while. In fact, from what we saw at CES the desktop is about to become more versatile than ever. 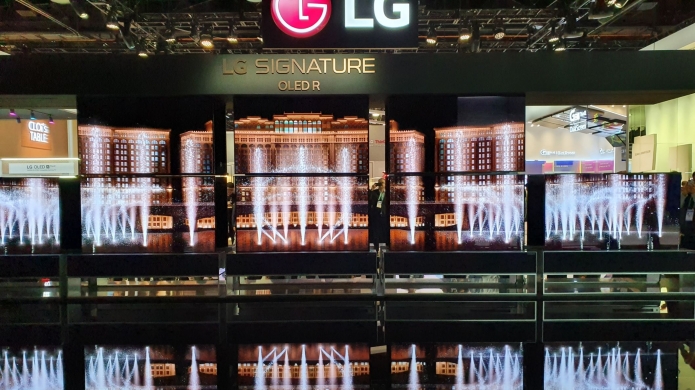 When it comes to 4K TVs used to stream the latest shows and movies and connect your console to, LG’s OLED range have been some of the most talked about displays in recent years. And for good reason, the individual pixels that can be turned on or off at will - result in some of the most vibrant images with the deepest blacks you’re likely to find. Not merely an incremental upgrade, LG is positioning this year’s range of OLED displays as being ideal for gaming. Following up from last year’s introduction of NVIDIA G-Sync compatibility, the 2020 range (which will now feature a desktop-friendly 48-inch model) also sports improved response times (4ms) and refresh rates (120Hz at 4K) that can go toe-to-toe or stand-to-stand against many a gaming monitor.

“Not merely an incremental upgrade, LG is positioning this year’s range of OLED displays as being ideal for gaming."


And this is separate to the new underlying tech and processor update that sees the world-class UI of the LG OLED range and calibration tools get even better. With industry standard settings for films, sport, and gaming now switching automatically without the need for user input – LG is positioning the OLED as the ultimate display for 2020. 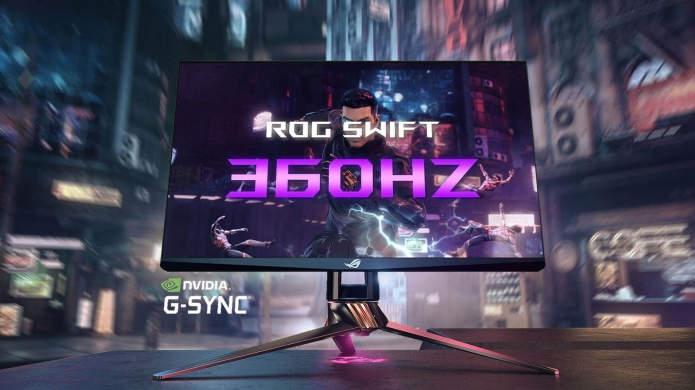 For that competitive edge

Keeping things in the display realm, when we ventured over to NVIDIA’s showcase, we were a little sceptical about going hands on with the ASUS ROG Swift 360Hz - a new G-Sync display with a staggering 360 Hz refresh rate. Can a video card output that high of a frame-rate? Will there be any sort of difference between it and a 144 Hz display? Can the human eye perceive refresh rates higher than say 100 Hz? The answer to the first two questions was yes – with the third left unanswered due there not being an eye scientist on hand. In the end though it comes down to purpose – with the ASUS ROG Swift 360Hz designed for esports and competitive titles like CS: GO and DOTA 2. NVIDIA even had a reaction time test to see how many kills you could get on a fast-moving target. On a 60 Hz display the score I got was 1 out of 10. On the new ROG Swift 360 Hz that jumped up to 7 out of 10.

From there getting to see the display side-by-side with a 144 Hz display showcasing a fast-moving environment the improvement was noticeable. Crisper, cleaner, easier to read and see. In a way a refresh rates this high gives off the impression that a scene is running in slow-motion. Above all though, this new display left us wondering if there is any sort ceiling when it comes to refresh rates. Here’s to 720 Hz at CES 2021. 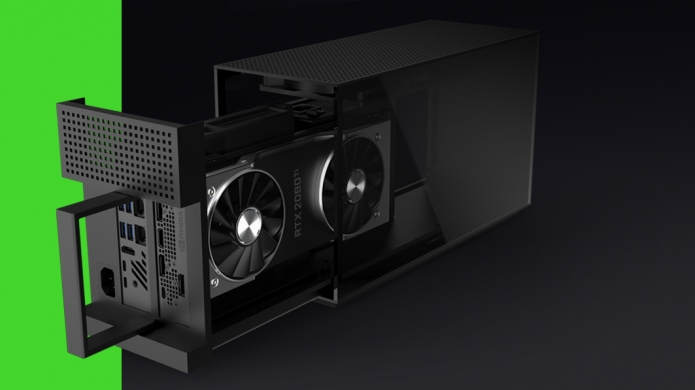 With dedicated graphics cards being what they are – large bulky bits of silicon that open the door to digital worlds full of ray-traced reflections and high frame-rates – the dedicated desktop PC is here to stay. At CES, AMD announced the new Radeon 5600 XT – a powerful 1080p card bigger than a Nintendo Switch. That said, the shift away from large full-tower sized rectangles that sit atop or below a desk is something we’ve been noticing of late - as highlighted by the more compact cases and build options from company’s like Fractal Design and Cooler Master. The Razer Tomahawk is genuinely next level – thanks to the new Intel NUC 9 micro and modular PC design that now supports discrete graphics.

“The Razer Tomahawk is genuinely next level – thanks to the new Intel NUC 9 micro and modular PC design that now supports discrete graphics."


Which in this case means a NVIDIA GeForce RTX 2080 Super gaming rig about the size of a home console. Razer will not only be selling the case on its own to budding builders, but as a complete package with CPU, memory, graphics, and so forth. Getting to see the Razer Tomahawk at CES it was hard not to be impressed by its small form factor and potential. And with the new Intel NUC 9 we’ll probably be seeing similar devices and small-form cases increase in popularity. Especially as large 4K displays from LG and Samsung continue to mature. 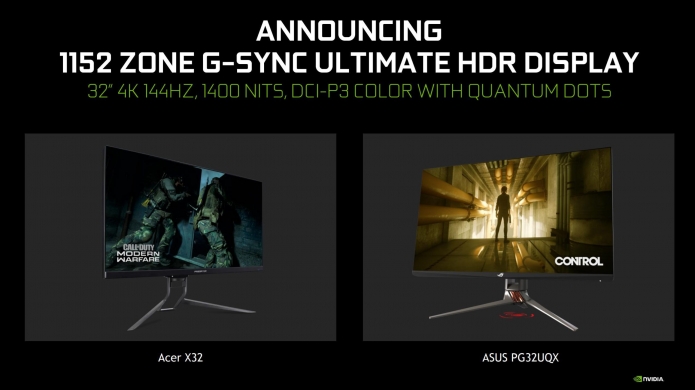 If you know your display tech these numbers are insane

Bringing things back to the realm of impressive displays, at CES we saw a pair of 4K HDR gaming monitors that were nothing short of stunning – a true glimpse into the future. We’re talking about the ASUS ROG Swift PG32UQX and the ACER Predator X32 – 32-inch G-Sync Ultimate IPS 4K displays that support 144 Hz. But that’s only a small part of the story, as each display features 1152 Mini LED lighting zones that in addition to dimming can be turned off entirely. The result is akin to OLED, and with DCI-P3, Adobe RGB, and REC 2020 colour the image quality is vibrant in a way that blows all current gaming displays out the water.

The icing though is the VESA DisplayHDR 1400 certification, resulting in a peak brightness of a whopping 1400-nits, making the HDR easily the most impressive to date. In our demo of the ASUS display we saw a night-scene from Call of Duty: Modern Warfare where deep blacks and stealth quickly turned into a parade of explosions and air-strikes. One could almost feel the heat coming of the screen. Both displays are due for release this year too, but with a price point of around $3,500-$4,000 USD each you can begin to understand see why we’re referring to them as a glimpse into the future. 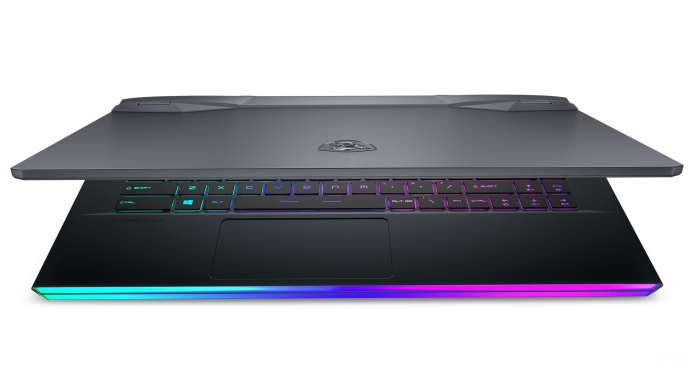 The new MSI GE66 offers performance in a lightweight, thin, and power-efficient build

The days of the chunky gaming laptop are soon to be a thing of the past as hardware makers continue to blur the line between machines built for gaming and ones for portability. With innovations in CPU design (AMD is set to bring the Ryzen line to laptops in big way) and smaller graphics thanks to NVIDIA Max-Q hardware makers are simply getting better and better at creating sturdy, reliable builds with great displays and cooling.

“Hardware makers are simply getting better and better at creating thinner, lighter, and more reliable laptop builds with great displays and cooling."


This was something that we saw a lot of at CES – with the new Asus ROG Zephyrus G14 standing out due to its use of the new eight-core Ryzen 4000 processors pairs with NVIDIA RTX in one of the smallest and lightest 14-inch laptops ever created. On the Intel-paired-with-NVIDIA front there was the new MSI GS66 Stealth and GE66 Raider that impressed with a sleek and sturdy builds and incredible performance thanks to RTX graphics.

The Lenovo BoostStation is Perfect for that Evening Gaming Sesssion 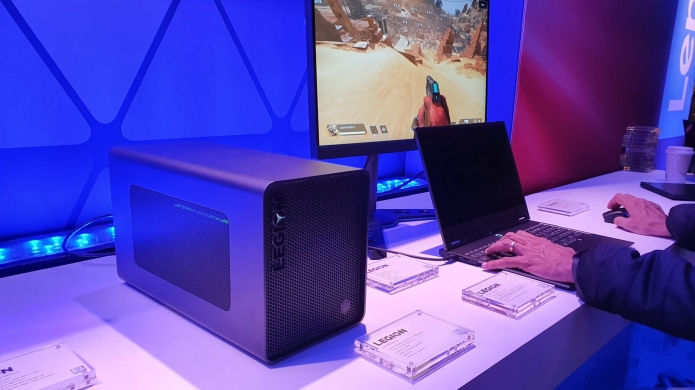 The most impressive realisation of the external GPU concept to date

Of course, when it comes to the realm of laptops there’s always going to be a big difference between an Ultrabook and gaming rig – but there was one gaming laptop we saw at CES that broke the trend and then introduced a piece of supplementary kit that made perfect sense. Without discrete graphics the new Legion Y740S laptop from Lenovo is thin, light, and powerful – something to take with you on-the-road, to school, work, or on holiday. With the latest Intel CPUs capable of modest gaming performance pairing it with the Lenovo BoostStation is where the Legion picture starts to form.

At CES Lenovo had data on hand to highlight that most gaming takes place at home, during the evening, so being able to connect your laptop to an external device to game on a desk or table is more than viable – it’s something that people would be interested in. The BoostStation is an external-GPU (or eGPU) a device we’ve seen in the past from companies like Razer and even Alienware. Where Lenovo’s effort differs, outside of the far more affordable $249 USD price-point, is the ability to house an SSD drive (for game storage) in addition to a NVIDIA GeForce RTX graphics card. And with enough ports to support displays and peripherals, perhaps the popular Legion branding could be what takes the notion of an external GPU mainstream.

One of the reasons we all look to CES each year for tech news and announcements is for the concepts and prototypes and glimpses at our potential tech futures. On the gaming front one of the most talked about reveals was the Alienware UFO – which when you get right down to it answers the question – “what if a Nintendo Switch but a gaming PC instead?” Poor grammar aside that’s the best way to describe this modular and portable gaming PC prototype from Alienware that mimics all the ways in which you can play games on a Nintendo Switch. Docked, handheld, controllers in each hand, or controller separate.

“The Alienware UFO answers the question – 'what if a Nintendo Switch but a gaming PC instead?'"


At CES the Alienware engineer we spoke to said that the team had been working on the concept for two years and mentioned that the team wasn’t quite ready to divulge the specs and hardware. He also mentioned that they didn’t draw inspiration from the Nintendo Switch – which seems a little disingenuous. That aside, in terms of performance the UFO was impressive – running F1 with a level of crispness and detail impossible on the Switch – as was the general build quality. The Switch-inspired goodness didn’t stop there as Razer had a very impressive mobile controller on-hand – the Razer Kishi. Which although impressive, did remind us that mobile gaming isn’t quite to the level of dedicated console hardware.

AusGamers travelled to CES 2020 as a guest of Lenovo.
Tweet