The MSI Optix MAG274R is as much a great 1080p display as it is affordable.
MSI Optix MAG274R Review - The Affordable Display to Beat
How Wargaming Sydney Helped Bring World of Warships: Legends to Console
Post by KostaAndreadis @ 01:17pm 30/08/19 | Comments
With the full release of World of Warships: Legends available to play for free right now on console we chatted with Wargaming Sydney to discuss their role in bringing the game to PS4.


World of Warships: Legends brings the popular multiplayer title from the realm of the PC to the couch-driven world of the home console. Developed and created by the Wargaming team in St. Petersburg, the size and reach of the studio behind World of Warships and its land-based brethren World of Tanks means that Wargaming has offices and development teams located across the world.

One of those teams is Wargaming Sydney.

Recently we had the chance to chat to Team Lead and Senior Expert Software Engineer, Scott McMillan, about the Sydney studio’s role in bringing the PlayStation 4 version of World of Warships: Legends to life. 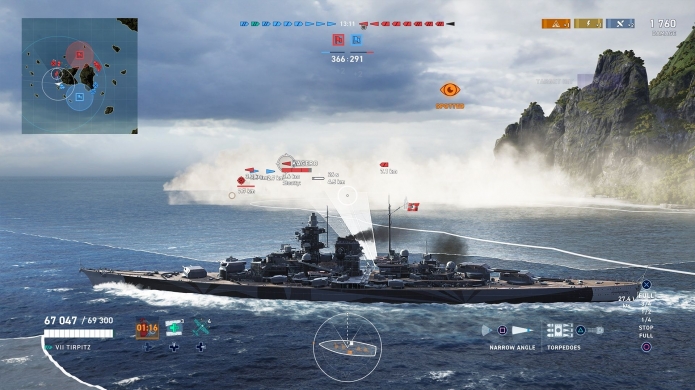 “The big world technology that's behind a lot of Wargaming's games was originally developed in Sydney,” Scott tells me. “The Wargaming Sydney studio collaborates with a lot of the other studios depending what their needs are and so on. From a server-side technology point of view, there has been significant collaboration across time with the World of Warships team in St. Petersburg.”

“Having extra development muscle from around the world is one of the benefits of being part of the global Wargaming company,” Scott continues. “And that was something that [the St. Petersburg team] sought to use, they identified a need and knew there were teams in Sydney with skills that could help. For Legends we would focus on the PlayStation 4, the technical aspects of getting that to work, whereas the team in St Petersburg were initially focused on Xbox. This came about not only to meet specific launch plans, but also to achieve the level of quality that we go after.” 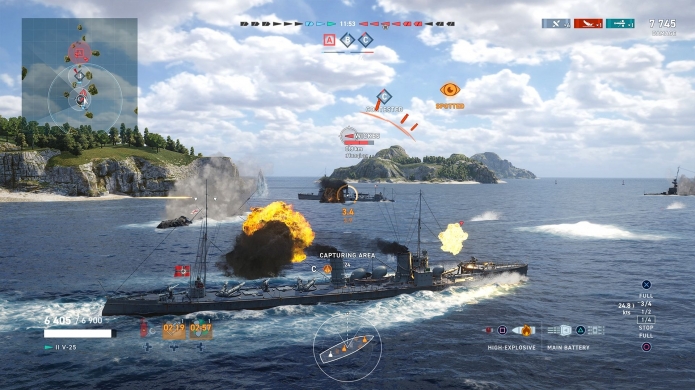 “Being in Australia, with the time zone difference, we’re generally sort of used to working with other teams from across the world,” Scott adds. “For Legends it went smoothly for us. Working with St Petersburg, the overlap was in the afternoon. They would sort of be arriving at work not long before we were thinking it was time to go home. Sometimes if we wanted to have a video conference to talk about an aspect, you know, you’d arrive at work a bit later that morning or something like that. It was pretty smooth, and they were a good group to be working with.”

"One of the core priorities was to have it feel like a new game. To build things from the ground up for consoles and console gamers in mind."


Throughout development, Wargaming treated Word of Warships: Legends not so much as a port of an existing PC title – but as a brand-new experience. “One of the core priorities was to have it feel like a new game,” Scott explains. “To build things from the ground up for consoles and console gamers in mind. This means a brand-new UI, a new control scheme, gameplay changes to cater for all that.” Even whilst Wargaming Sydney’s focus was more on the technical side, like say, getting the game to run well – iterations made to reach this goal of a game built from the ground up for console occurred frequently. 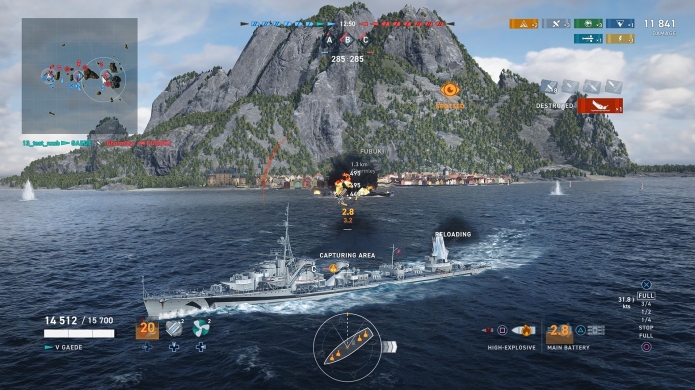 “Our part of the project, initially, was getting the PlayStation 4 version to run at all,” Scott continues. “And then of course, to run well. We also wanted the game to be visually engaging, to make full use of these ships that the artists have reproduced with such a high level of detail. To push the consoles as hard and as efficiently as we could, and just to try and make World of Warships: Legends look as good as it possibly could.”

“We did get it running [on PS4] and it didn't take a huge amount of time,” Scott recalls the earlier moments of bringing Legends to PlayStation 4. “But there's a difference between having something run and having it run well. Of course, you’re trying to make it look nice, but using the system efficiently that's where a lot of the challenge came in.”

For the team 30 frames-per-second was the absolute limit, anything below this level was viewed as an issue. Something to be rectified. “You can have it perform smoothly and looking nice with just a few Battleships, or whatever classes of ships you've got.” Scott adds. “But then things catch on fire and someone’s dropping a big smoke screen or ships are exploding and the performance suffers. Part of what was challenging for us were things like particle systems for that sort of stuff, and that became a key focus.” 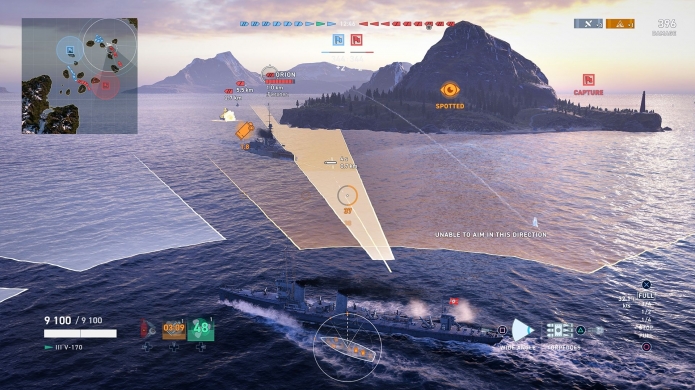 For a multiplayer title, where even though the maps and ships remain unchanged, the situations certainly do not. It’s one of the reasons the pick-up-and-play nature of Warships keeps players coming back. Unpredictable combat.

"There's a difference between having something run and having it run well. Of course, you’re trying to make it look nice, but using the system efficiently that's where a lot of the challenge came in."


“What can be challenging is reproducing these situations,” Scott confirms. “But we have quite a comprehensive system that exists for World of Warships, so we can reproduce these things. A battle with a lot of Warships and a lot of different things happening. And then we could run that same scenario across PS4 Pro, Xbox One, Xbox One X. And we could do that with a before and after, any sort of code changes and see the differences right away. If we do see areas where the frame-rate is having issues, even if it's just on one system, then we can zoom in and find out what’s happening.”

“These are systems that had to be developed,” Scott explains. “Measuring things in demanding scenarios, where it was the most important to make sure there weren’t problems. When the action starts happening.” 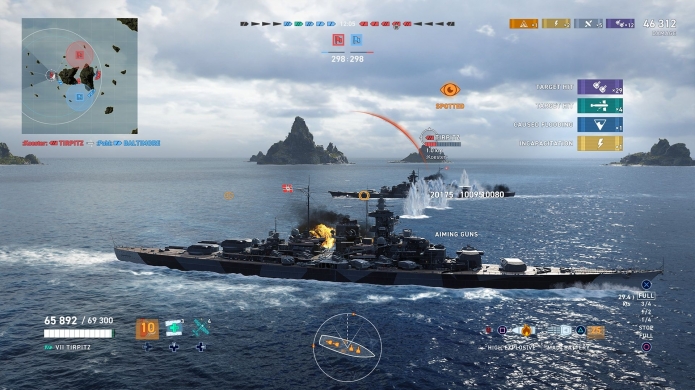 One area where Wargaming Syndey took charge was in adding advanced visual effects like HDR support – something that didn’t exist in the PC version. Perhaps the most interesting focus point was in keeping loading times down to a minimum. There’s a reason why the idea of quick loading times has become a talking point when discussing the next generation of PlayStation and Xbox hardware – the console space has been known to keep players sitting there, waiting, sometimes for minutes at a time. Before they can jump into a game. Developers too.

“For the PlayStation 4 version load times were always on our minds,” Scott concludes. “Once things started running, the load times weren’t very good at all. It was taking several minutes just to get to the title screen. It was something that we put quite a bit of effort into, because part of the attraction of World of Warships: Legends is that even though you can play for a long time the aim is that it's something that you can play for a shorter session as well. So, having load times take away a big chunk of your short game session is not very desirable.”

“For us there was also the selfish motivation,” Scott jokingly remarks. “As we’re developing the title, we’re loading it many, many, many times per day. So, we really felt it when the load times were slow.”