Our massive round-table interview with the team at Respawn, going behind the scenes on the latest Apex update and finding out how the team keeps delivering the goods.
Apex Legends: Saviors - We Chat to the Team at Respawn
No Memory? No Worries with Seagate’s Backup Plus Portable+
Post by Steve Farrelly @ 05:27pm 13/08/19 | Comments
Digital storage is going to become a regular requirement for the uninitiated as games permeate our lives and brick and mortar stores slowly fall away. Here's a look at an option we played with this past week that helped us out immeasurably...

In the PC landscape, memory hasn’t always been an issue with ubiquitous storage solutions across myriad brands. But in consoles it’s a bit less open. Both Sony and Microsoft, for their respective platforms, have proprietary formatting systems that don’t like each other. Meanwhile, gaming continues on the up and up with backwards compatibility, as charged by Microsoft for the “Xbox Family of Devices”, as well as the newer concepts of both forward compatibility and the “Netflix for Games” idea of Game Pass subscription models (again, lead by Microsoft). 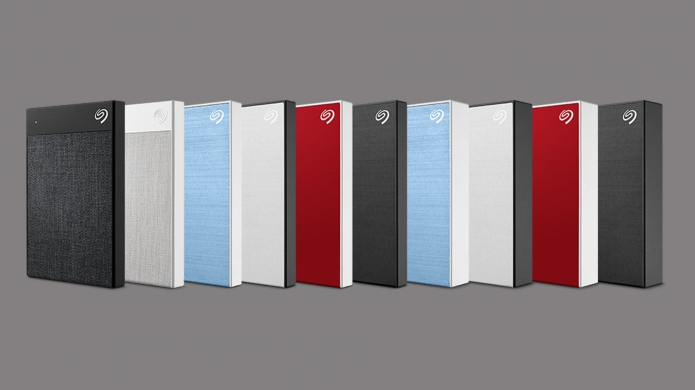 Depending on your model of console, your internal storage is also limited. In the case of this review, and why we found it pertinent to get on top of, we have both a PlayStation 4 Pro and an Xbox One X. In the case of the latter, we had 147 games “Ready to Install” with 120 games stored between the system’s 1TB Internal HDD and two (old) 1TB external drives. And while there are three USB ports on the console, we use the front port for our Plantronics RIG 800LX wireless headset’s receiver. And in this day and age where buying too many avocados and not buying houses, or not digging coal and generally being too insubordinate to Boomers as lazy millennials, well, you can imagine the effort to swap in and out another storage option was just too much.

"Swapping out both of our older 1TB drives, and recently getting NBN in the area meant that over the course of the past week we’ve been freeing up Internal storage, moving installs and save data, while downloading those “Ready to Download” titles at a blistering 50GB-plus pace... Obviously, and oddly, we felt like kids in a lolly shop..."


In steps Seagate with their Backup Plus Portable+ series of external storage solutions. Swapping out both of our older 1TB drives, and recently getting NBN in the area meant that over the course of the past week we’ve been freeing up Internal storage, moving installs and save data, while downloading those “Ready to Download” titles at a blistering 50GB-plus pace (we’re getting an average of 90GB down and 20GB up in the area as opposed to our old ADSL2+ speeds of 7-8GB down and 0.95GB up). Obviously, and oddly, we felt like kids in a lolly shop.

If you’re a storage gearhead, you’ll be all over the fact this isn’t much of a change from a similar line from back in 2016, but what lamens such as this reviewer can reveal, when it comes to this device, is that it’s quiet, fast and doesn’t overheat at any alarming level. And now, tucked neatly next to our Xbox One X, it just sits and sponges our binge downloading efforts. And this is an important thing to relay -- as more and more games move into 4K HDR development, file sizes are going to get larger. Not to mention that the next generation of consoles are all aiming to be forwards compatible, with digital downloads rapidly taking the place of physical copies of games. Moreover, having over 250 games now available and easily browsable on-screen is a bit of a sight to behold. We used to thoroughly enjoy our physical games collection, but now that addiction has passed into the digital world, though the buzz remains the same. 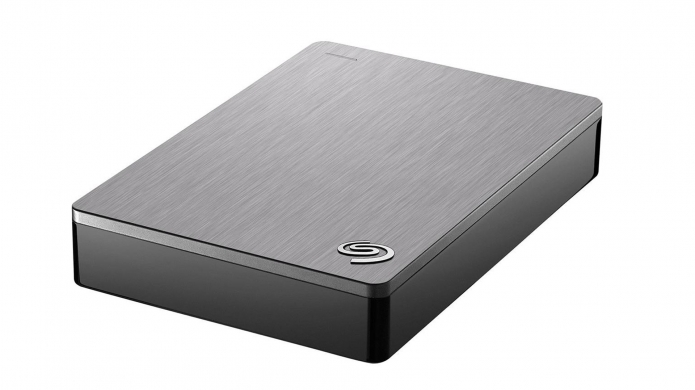 The drives are available in 4Tb and 5TB storage sizes and come in a sleek array of Black, Blue, Red and Silver matte-finished colours. They’re also light (0.247kg) and a decent size (like a small novel at 114.5mm in length and at 78mm wide). USB 3.0, which is the modern standard, helps with the fast transfer and access speeds mentioned earlier. And, naturally, as external drives they’re useable across every USB compatible device capable of external storage. And it’s all plug-and-play because, you know, this data storage caper shouldn’t be that complicated.

For non-console usage they come with offers to use both Mylio -- a photo organisation software (a one year subscription), and an Adobe Creative Cloud Photography plan (one month), if you’re the shutterbug type and don’t like the Cloud.

As far as value for money and future-proofing your gaming or media library, without a lot of knowledge about how all of this works, these are great devices -- simple to use and understand; lightweight, small, quiet and visually appealing -- if such things tickle your tech fantasy. And as we detailed above, now that we have a spare USB port after utilising our review unit, we’ll probably jump in and grab another one so we can sit comfortably on a solid 11TB of storage space. You know, for those games we know we’re gonna have over the course of the next generation -- on and into the future.