Out of retirement and back patrolling the space streets, we take an updated look at Oberon Prime and Nekros Prime
Inside the Warframe Vault - Our Guide to Oberon and Nekros Prime
Outta this World - Hands-On With, and Developer Chatting, to Obsidian over The Outer Worlds
Post by paulfarrelly @ 06:44pm 09/08/19 | Comments
We recently got hands-on with The Outer Worlds and sent our Fallout tragic, Paul Farrelly, to see if this is just "Fallout in space". Read on for his full thoughts...


When the Outer Worlds was first revealed, we had this delivery of black sci-fi comedy thrown at us; like, the social irony of BioShock meets the tragedy of corporate warfare if Elon ever gets us off this rock. Because in space, ‘Murica is still ‘Murica, you know? Essentially Mom’s Robot Company levels of humour and social commentary.

In space, no one can ignore capitalism. 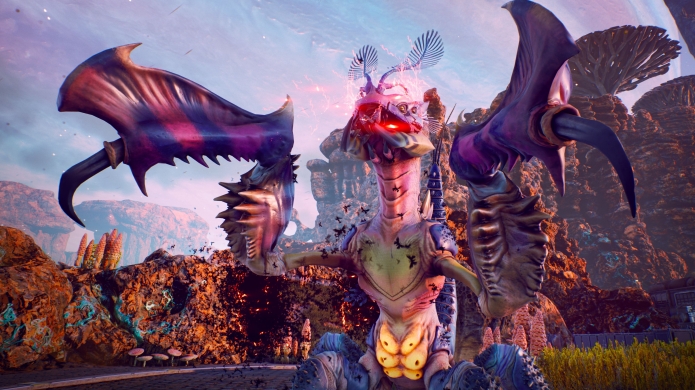 More importantly though, its colourful near Borderlands look gave us hope that this, Obsidian’s last game before becoming a wholly owned Microsoft studio, was the developer’s effective Indie swansong. (And we use the word “Indie” here pretty loosely.)

While we saw the game as E3 Judges in the week prior to the event, and then during the event, we were also recently invited out to a lengthy hands-on sessions with the game in Santa Monica, in Los Angeles and had the opportunity to get serious hands-on time with the game -- a boon over the above as with most RPGs of this depth and speculative length, gameplay trumps trailer and presentations every day of the week. For the uninitiated, Obsidian has worked on some pretty major games in the past: fan-favourite Fallout: New Vegas, isometric RPG throwback, Pillars of Eternity, and the Hall of Fame walk-up classic, Star Wars: Knights of the Old Republic. But it’s plainly clear this is the studio’s attempt at trumping their own work while pooling proactively from what made of the aforementioned so seminal, with The Outer Worlds.

"So sort of how they collaborate and work together gives us that dark humour where we try to make sure that even the silly things or the fun things in the game have a dark undertone to [them]..."


“We have a bit of dark humor in this one, and that does come a lot from our game directors Tim [Cain] and Leonard [Boyarski],” explains Lead Designer Charles Staples. “Tim is really the silly slapstick; big fan of Futurama and The Simpsons, while Leonard's more of the gritty darkness [of the game]. So sort of how they collaborate and work together gives us that dark humour where we try to make sure that even the silly things or the fun things in the game have a dark undertone to [them], but then the dark moments still have some lightness and brevity, because we don't want to just bombard people.” 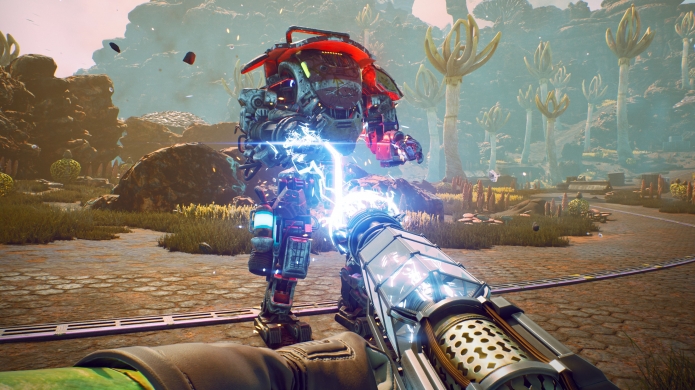 Given the studio’s past works, a lot of specific commentary has taken place around the visual similarities between The Outer Worlds and Fallout: New Vegas. And while the game does play, feel and look a lot like a “futuristic Fallout”, that is in no way a shortcoming. After all, they had a pretty good formula and model to build a new IP off of, so why not play to the studio’s strengths while figuratively reaching for the stars?

“Well, really it started out with us just wanting to create a new game with Private Division; to create a new IP,” Staples explains when we ask about the studio’s history and how this game came about. “We were looking at trying to make a first-person RPG and there are definitely going to be some comparisons to Fallout but, really, we focused on just what we wanted to make and this is the type of game that Obsidian likes to make. We wanted to make sure we were incorporating a lot of classic RPG elements, but putting that in a modern, first-person game.

"we wanted to make sure we had a lot of the choice in reactivity, being able to play the way that you want..."


“So, we wanted to make sure we had a lot of the choice in reactivity, being able to play the way that you want,” he adds. “And we wanted to really incorporate that into sort of a more modern feeling game than the isometric stuff that we have been doing.” 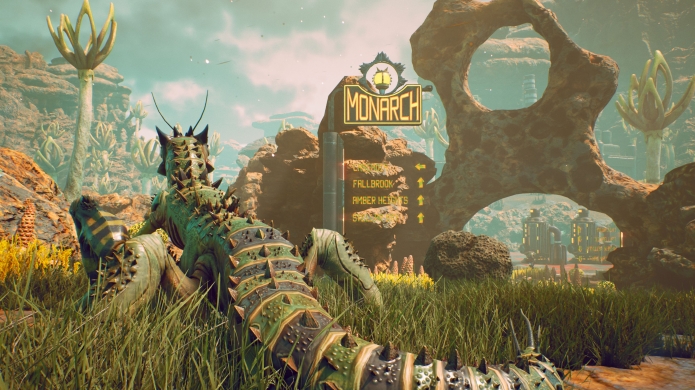 For more of those uninitiated, The Outer Worlds revolves around a lost colonist ship that went off-course and was unhelped for decades. The player character awakens from cryosleep and heads to the nearest colony to see what the fuck’s up. You see, in The Outer Worlds, which is also an alternate reality, Teddy Roosevelt never became president and as a result corporations have run riot; colonising worlds for corporate, capitalistic gains. These ‘corporations’ effectively serve as the game’s traditional RPG ‘factions’ which gives the player a chance to manipulate them, gain trust with them, side with them and basically see how it all plays out, in true Obsidian videogame form. The initial colony you get forced into is the Halcyon Holdings corporation -- humanity’s furthest colony and the employer of all who live there.

"we wanted to be able to play the game with a Combat character, a Stealth character, a Dialogue character, a Leadership character", and then we have a lot of different subtypes..."


And they promise you lifetime employment, without the guarantee… seems legit.

“So that's been a big focus for us, trying to make sure that a lot of the old school games like that [but with a sense of], "Hey, you can do anything that you want", and the game would react to it, and that's what we wanted to do with this as well.”

It’s a strength of Obsidians that has permeated over the years. Deep character customisation, fun weapons, interesting conversations, factions and alliances, as well as crafting a world where anything seems possible. And in this instance it feels like they’ve been let off the leash to portray those pillars in the best way possible, despite the noted familiarity. 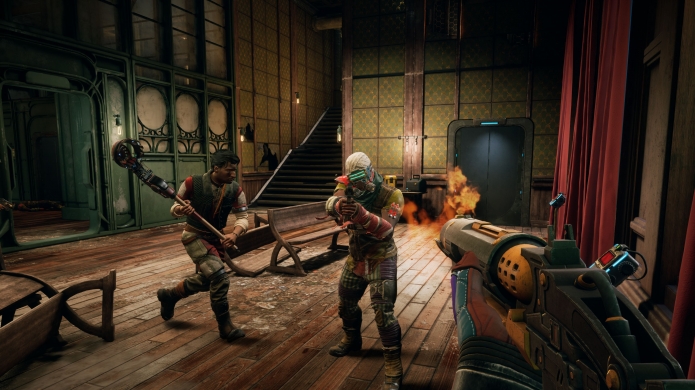 “So we started with those basic archetypes of, Combat, Stealth, Dialogue and Leadership,” he adds. “And then there's sort of hybrids between the two, and what we would do is, we'd look at our quest and make sure [that] here's a quest where you're doing this for this person -- “how would a combat person get through it, how would a stealth person get through it, how would a dialogue person [get through it]?”. And then with all the different skills and attributes that we put into the game as well,[we asked] “How could a person with this skill get through this quest as well?”. So that's a big part of our process: going through each of our quests and areas and asking, like, "Well, how do all the different play styles fit into this and how can a person who focuses on certain skills and abilities feel rewarded for their choices?".

Character development is a huge part of the game. Every decision you make -- whether it’s accepting someone's kind offerings for a job well done or blasting them in the face to steal their loot -- will all affect the way the character evolves and is perceived in the world. You could find yourself hated by the masses and not trusted, or you could find yourself respected and loved as a compassionate individual. This all plays to how the story unfolds for you.

"your reputation carries a lot of weight throughout the game much in line with the Karma system of Fallouts past..."


Additionally, your reputation carries a lot of weight throughout the game much in line with the Karma system of Fallouts past, before 4 essentially nerfed it. And the game’s different factions (or corporations) will deal with you in various ways depending on what you’ve done. Imagine the game is Santa Claus and you’re a kid. Are you going to be an Honest Abe type, playing as the good kid, or are you going to be a little Damian; lying, killing and cheating (you know, generally being rambunctious)?

It isn’t clear just how much the choices you make with your character’s development will impact the storyline, or if you’ll miss out on certain quests and arcs, though it’s something the studio has been renowned to do in the past. 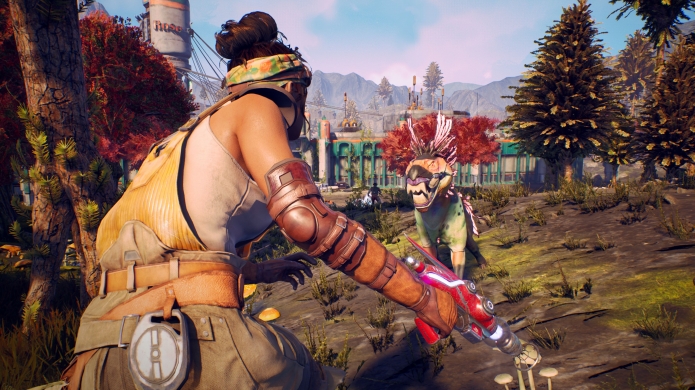 “It all depends on the quest and sort of story that we're setting up for the player,” Staples reveals. “We do try to make sure that your choices are meaningful and there's consequences. Sometimes those are good, sometimes those are bad. We try to make sure that there's no real black and white choices and it should all be kind of grey, so that the player is making their own thought about, “What's the right way through this?”

“A lot of it (development) was taking what we've learnt from all of our previous games and trying to continue to put all [that] stuff it into this game; finding ways to attract more people to the RPG genre and find ways to also evolve and make sure that RPGs are evolving along with the rest of the industry.”

"It has a great combat system, excellent weapons and a character pathway system that is ever-branching and therefore player-driven..."


Our hands-on revealed a familiar style of game with a breath of fresh space air. The lineage is going to maintain until we actually spend the expected 100+ hours with it, but that’s also the nature RPGs. Right now though, what we can say is that it’s big. It has a great combat system, excellent weapons and a character pathway system that is ever-branching and therefore player-driven. Plus, space shit, so a win. But as this studio finds its way out of independence and into the folds of Microsoft’s recent aggressive (but warranted) first-party studio acquisition process, there’s a question of where this IP winds up -- or will that solely rely on its success? 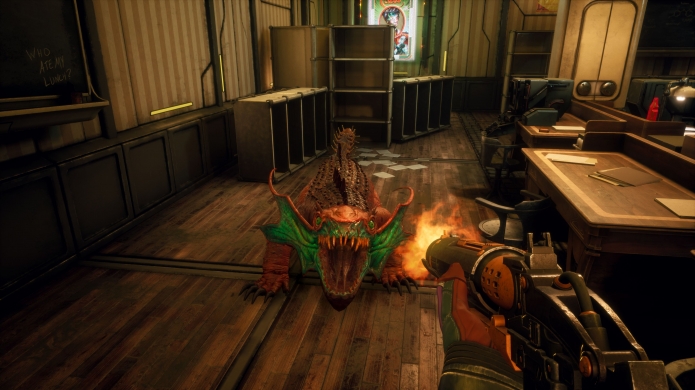 “I don't know,” Staples says honestly. “Right now we're really just focused on this project with Private Division and the Microsoft acquisition of Obsidian really hasn't affected our project that much, because we've had a relationship with Private Division the entire time. So, really, for this project it's been working with those guys on trying to make this game and [it’s] multiplatform coming out on PC, Xbox One and PlayStation.”

What we played was a small taste of a large world and we can’t wait to sink our teeth into a deeper serving of it. But if you’re aware of Obsidian and its games catalogue, you know at least some of what you’re in for. But with a fresh tone, a new visual sheen and the future not yet writ, we could see more of The Outer Worlds in the future. So far, here’s hoping.

Read more about The Outer Worlds on the game page - we've got the latest news, screenshots, videos, and more!
Tweet