With the recent release of Fallout 76: Wastelanders, we sat down with Bethesda Game Studios to discuss its development, the original launch, and the road ahead.
Fallout 76 - The Big Interview
E3 2019 - All The Conference Times and What to Expect
Post by KostaAndreadis @ 04:18pm 05/06/19 | Comments
A handy companion to keep on top of this year's expo, with a side helping of predictions.


It's that time of the year again, where hype takes over the logic and reason sections of our brains as we gear up for another E3 spectacular. What will E3 2019 have in store for us? A 2019 release date for Cyberpunk 2077 alongside a new gameplay deep dive? News that Microsoft’s next Xbox console will be able to push 15 teraflops of teraflop-ness? DOOM Eternal from Bethesda and id Software featuring some form of demonic ray-tracing on PC? More Elder Scrolls VI teasers? Ubisoft bringing back Sam Fisher to Splinter a few more Cells with his stealth prowess? A brand new Nintendo franchise that can stand alongside Mario and Zelda?

The limit as they say is that thing you see when you look up - the sky. 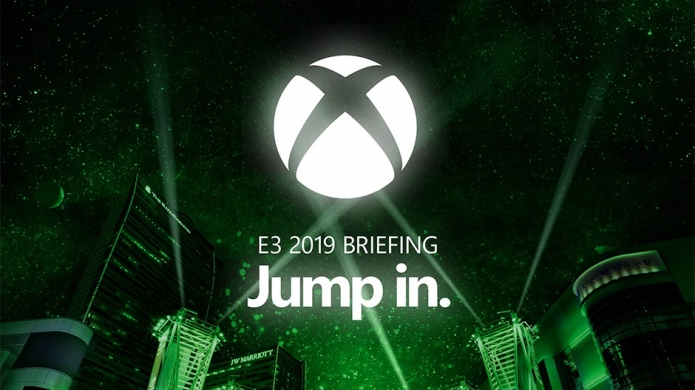 What to Expect: Microsoft to partially lift the lid on its next-generation console codenamed Xbox Scarlet. With reports all pointing to a late 2020 release odds are we won’t be getting a look at final hardware or even a ballpark price point. At best we can probably expect spec talk, what makes it next-gen, alongside some early game previews - hello again Halo:Infinite. Outside of that without a Forza title the only big holiday title that we know that will be at E3, first-party wise, is Gears 5. That said with Microsoft bringing 13 Xbox Game Studios titles to the show, expect a few surprises. And plenty of third-party stuff too, with Cyberpunk 2077 taking the stage once again.

Hype Train Prediction:The new Battletoads teased last year will get a full gameplay reveal and a quick note that it’s out very soon, or even right now.. Also, while we’re talking classic Rare - a Banjo-Kazooie remake will get announced. Also Xbox Game Pass for PC will include Halo: The Master Chief Collection and the entire Age of Empires catalogue, alongside footage of the new Age of Empires game we haven’t seen in a while. Oh, and Fable 4 will be revealed. 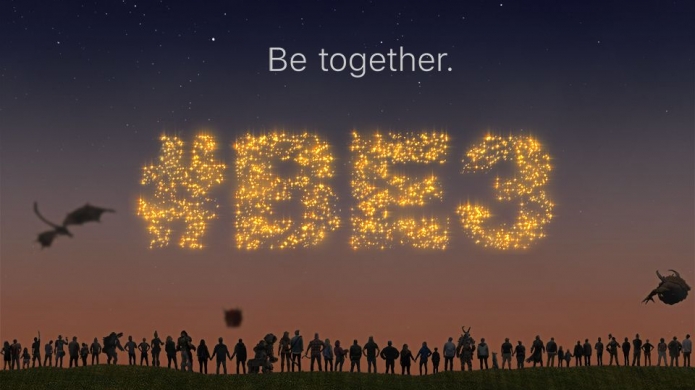 What to Expect: DOOM Eternal. Enough said really. We’re hoping it gets a late 2019 release too, and with building-sized murals of the game appearing in L.A. ahead of E3 odds are this will be the big game of Bethesda’s showcase. DOOM 2016 was a sleeper hit that quickly turned into a phenomenon so the follow-up will no doubt be something to savour. Also we should expect to see more on Wolfenstein: Youngblood which is out in July. And maybe an update on Fallout 76 - which, based on the feedback it received at launch, would be a ballsy move.

Hype Train Prediction: One word, Starfield. Sure we got a teaser last year and word from Bethesda that this year won’t include any updates on this or The Elder Scrolls VI - but they said something similar last time around. We want to see Starfield gameplay and we want to see it now. Ahem. Oh, and confirmation that DOOM Eternal will support DXR ray-tracing on PC at launch.

What to Expect: More of this.

Where to Watch: Twitch 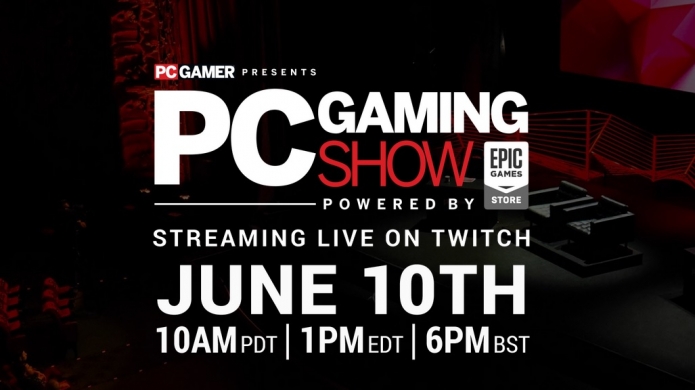 What to Expect: As this year’s showcase is being supported by the Epic Games Store, the natural conclusion to draw here will be a smattering or at the very least a light helping of game announcements or release dates concluding with the words “Epic Games Store exclusive”. Some of the publishers and developers bringing games to this year’s PC Gaming Show include Annapurna Interactive, Chucklefish, Digital Extremes, Digital Uppercut, Fatshark, Fellow Traveller, Modus Games, Raw Fury, and Re-Logic. A very solid line-up.

Hype Train Prediction: Microsoft makes a surprise appearance and announce that via emulation it will bring Xbox 360 and original Xbox games to PC via Xbox Game Pass. Both AMD and NVIDIA show up, AMD with a look at some high-end Navi hardware and NVIDIA with new “Super” versions of its RTX line offering increased performance and a reduced cost. Let the graphics wars begin!

Where to Watch: Twitch 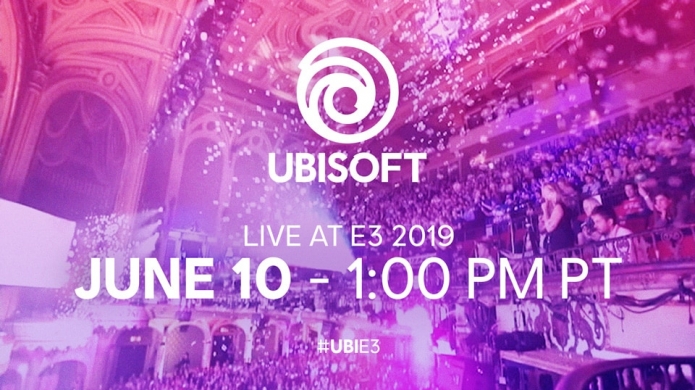 What to Expect: Normally this is where the words Assassin’s Creed fit, but word is that the franchise is taking a break this time around. In its place? Well, based on recent leaks the big open-world Ubisoft title for later this year will be the London-set Watch Dogs Legion. So the surprise seems to have been somewhat spoiled there. As fans of Watch Dogs 2 this is great news. Outside of that we should expect to see more on the new Ghost Recon Breakpoint and maybe a Skull & Bones update.

Hype Train Prediction: With the Ghost Recon Breakpoint reveal happening before E3, there’s logic behind the idea that this was done as to not take focus away from another big Tom Clancy reveal. Namely, the return of Splinter Cell - running on high-end next-gen hardware with support for current consoles too. What would be exciting though is for some sort of brand-new IP from one of Ubisoft’s bigger studios. Or another Nintendo collaboration.

What to Expect: Avengers, and the likes of Thor, the Hulk, Captain America, Iron Man, and so forth as stars of a big budget AAA release from the talented team behind the recent Tomb Raider reboot series - Crystal Dynamics. Second, a new and updated look at the Final Fantasy VII Remake project is expected this year too. Here’s hoping we get release dates for both.

Hype Train Prediction: A Final Fantasy XVI announcement. Although that might be a little premature with both the PlayStation 5 and Xbox Scarlet not formally announced yet, but we can dream. Hype dream. 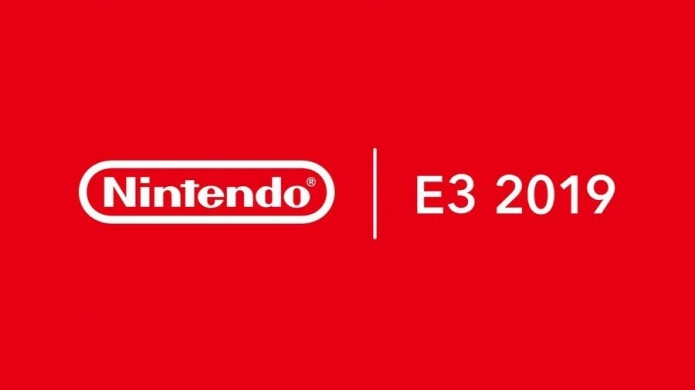 What to Expect: The titles that have been confirmed to be in development for the Nintendo Switch that are far enough along to make their debut this year is definitely impressive. Pokemon Sword and Shield, The Legend of Zelda: Link’s Awakening Remake, Mario Maker 2, Animal Crossing, Luigi’s Mansion 3 and Fire Emblem Three Houses. If all of these are 2019 releases then it doesn’t get anymore Hype than that.

Hype Train Prediction: But we’ll try. With F-Zero’s triumphant return in a new racer that features tracks that can switch between old-school Mode-7 16-bit visuals and the stuff we loved from the GameCube release. Basically the Super Smash Bros. Ultimate of F-Zero games. Oh, and a brand new The Legend of Zelda built using the same engine created for Breath of the Wild - meaning that it could be out as soon as later this year or early 2020. And last but not least, SNES and N64 games coming to Nintendo Switch Online.

Where to Watch: Twitch
Read more about E3 2019 on the game page - we've got the latest news, screenshots, videos, and more!
Tweet